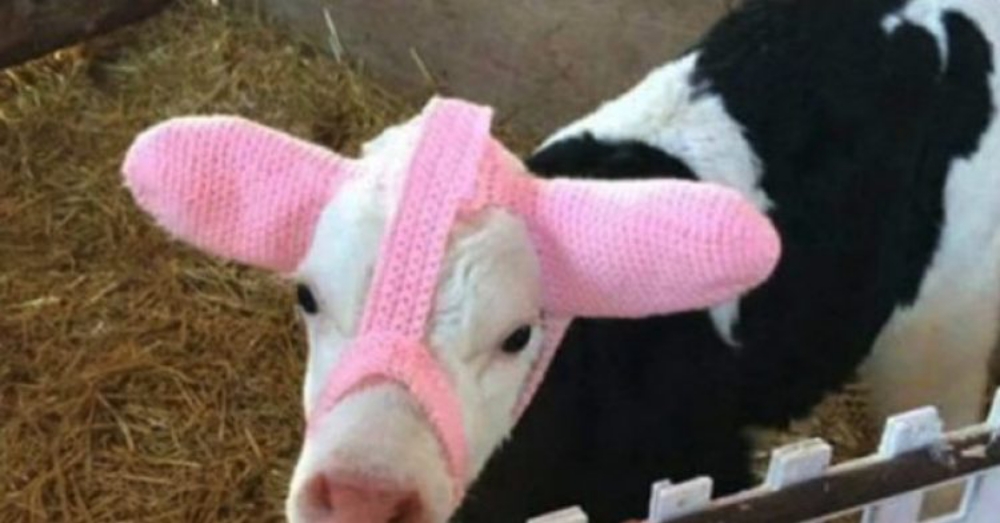 Farm life is tough, and the task becomes impossible without healthy animals. That’s why some farmers are getting creative when it comes to protecting their four-legged crew.

One cattle farmer, Cans Moleman, posted a picture of his young calf wearing an adorable crocheted cap with ear flaps to protect it from frostbite. The adorable picture was quickly liked and shared, leading other farmers – despite their reputations as big tough guys – to post pictures of their baby cows wearing similar handmade earmuffs. 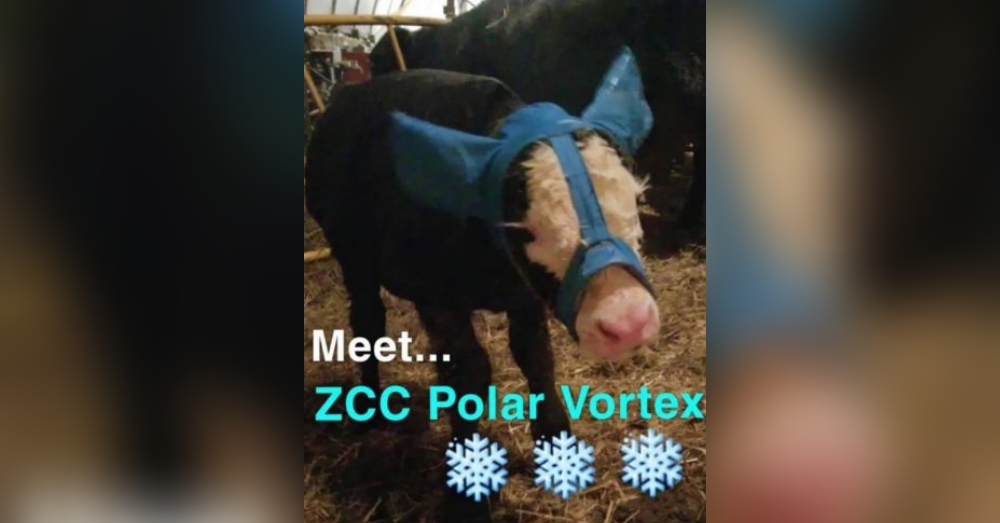 There’s extensive documentation, meanwhile, detailing the link between calves’ extreme sensitivity to cold. “Frostbite is the damage to body tissues that occurs when these tissues freeze,” one author, Dr. W. Dee Whittier, explained in a paper called Calves and the Cold. 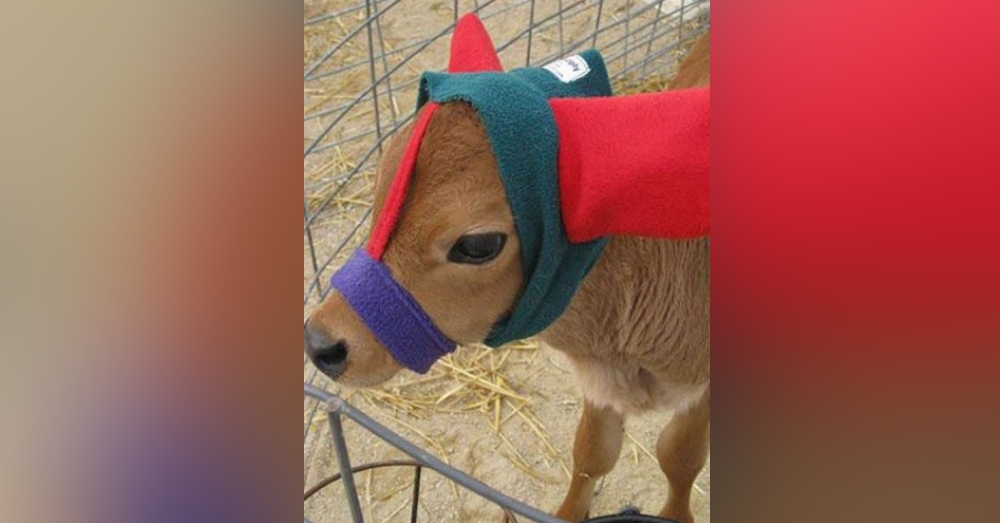 “The extremities are most at risk,” he writes. “Frozen ears and tails result in changes in cattle appearance but do not affect cattle performance significantly. Frozen feet generally result in a calf that must be put to sleep or will die. Occasionally teats of a recently calved cow freeze resulting in mastitis and frequently loss of milk production in at least one-quarter of the udder.” 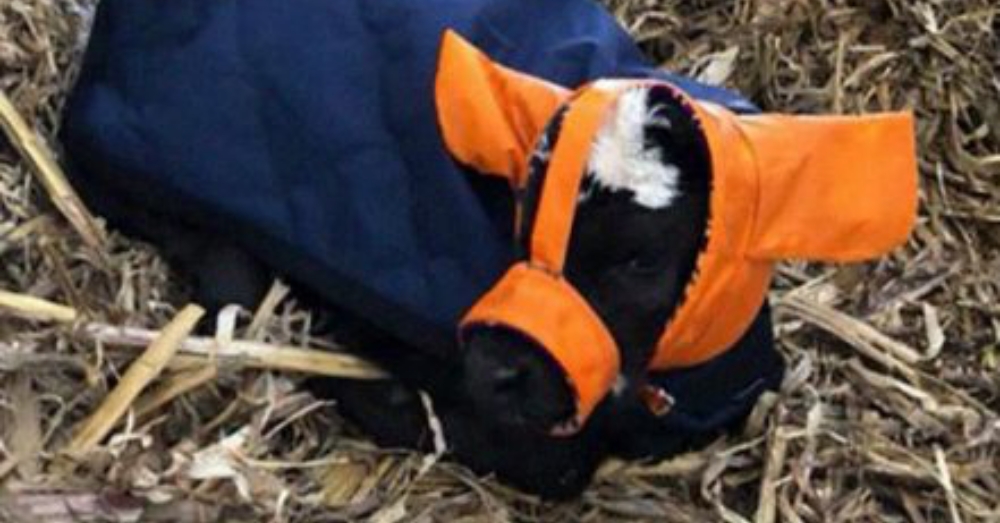 The animals’ extreme vulnerability had led farmers to brainstorm creative ways to protect the most vulnerable members of their herd. “Newborn calves are most at risk because they are wet and because they have a large surface area in relation to their total body mass,” Whittier continues.

“Calves are not fully capable of maintaining temperature the first several hours of life. Newborn calves have a circulatory system that is less able to respond to cold changes as compared to more mature animals,” he explained. 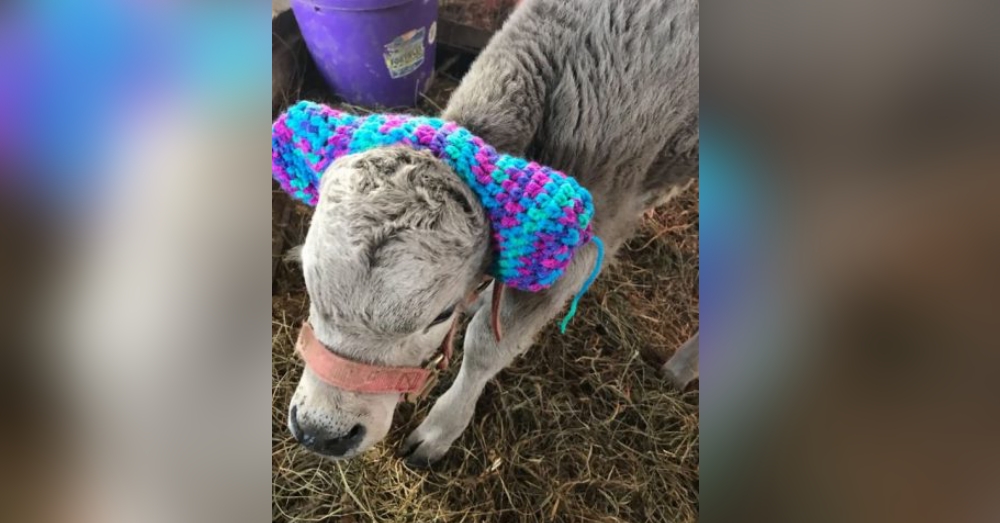 The elements, in particular wind, also play a role. “Wind is often the biggest factor,” the doctor continues. “The effect of wind is often referred to as wind chill and tells how living things ‘feel the temperature.’ Wind chill is often many degrees colder than the actual temperature. Humidity has a large effect on cold as well since humid air can take more warmth away from animals.”

Regardless, we’re huge fans of this farming trend. These little calves sure look cute and cozy!