If there is hope for the future of the endangered Great Lakes piping plover, it’s just hatched in a Michigan zoo.

The Detroit Zoo, home of the Detroit Zoological Society’s Piping Plover Captive Rearing Program for the last two decades, is celebrating a stand-out season for the plovers and the “most successful” year ever. As Mlive reports, 39 of the birds were recently released back into the wild in Northern Michigan.

“It’s a bittersweet moment,” Bonnie Van Dam, associate bird curator for the Detroit Zoological Society, told the news site. “When you’re hatching the eggs and caring for the baby plovers, you get to know them individually — and it’s so exciting to watch them head into the wild knowing they will help bolster the population of this incredible bird.” 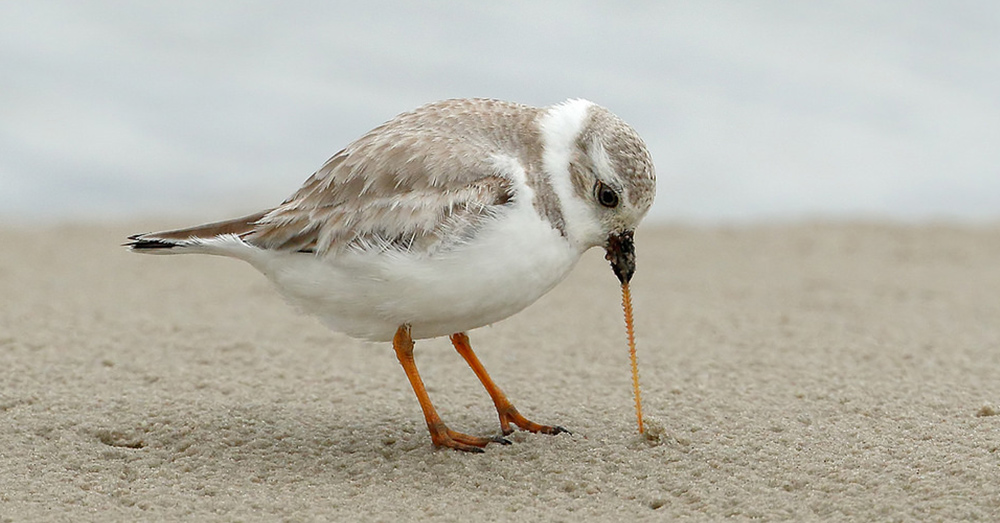 Source: US Fish and Wildlife Service
The Great Lakes piping plovers were perilously close to extinction.

The piping plover faces many threats in the wild, from predators that devour the birds’ shoreline nests, to severe lake effect weather that can drown or displace them. But perhaps the greatest threat of all to the piping plovers is losing critical habitat to expanding developments. According to the U.S. Fish and Wildlife Service, beach development for residential, municipal and commercial markets left only 17 pairs of the species alive in the wild in 1986.

“We believe that enough suitable habitat remains to save the piping plover from extinction,” the FWS reports. “Today, most of the best habitat is on public lands or privately owned land near residences. As a result, disturbance from people and their pets, along with predation are main threats to piping plover survival. In addition, many areas physically suitable for nesting no longer have piping plovers because they are so distant from where plovers currently nest. Lake level fluctuations and winter storms periodically change the amount and quality of habitat at individual sites.” 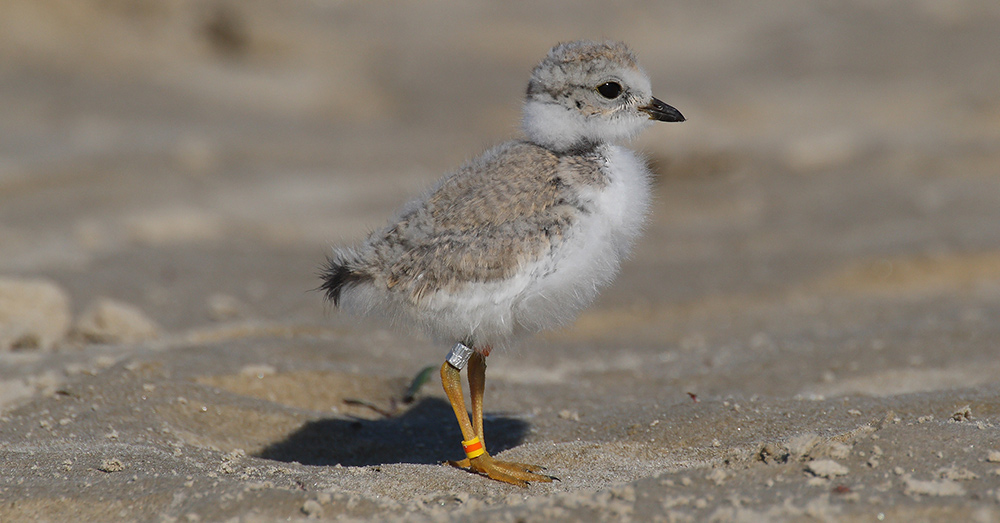 Even with increased advocacy efforts, shoreline development is still a threat to the piping plovers’ nesting grounds throughout the Midwest. And those threats are compounded when the birds are dispersed into smaller populations.

“Small populations, isolated from other populations, can be destroyed by random events which would be unlikely to happen to larger, widespread populations,” the FWS reports. “Similarly, small isolated populations are more strongly affected by natural, random changes like changes in sex ratios or ability to find mates, which all influence population persistence. For example, one study found in the Great Lakes population that up to 29% of adults may not mate throughout the breeding season, which suggests that they could not find a mate.” 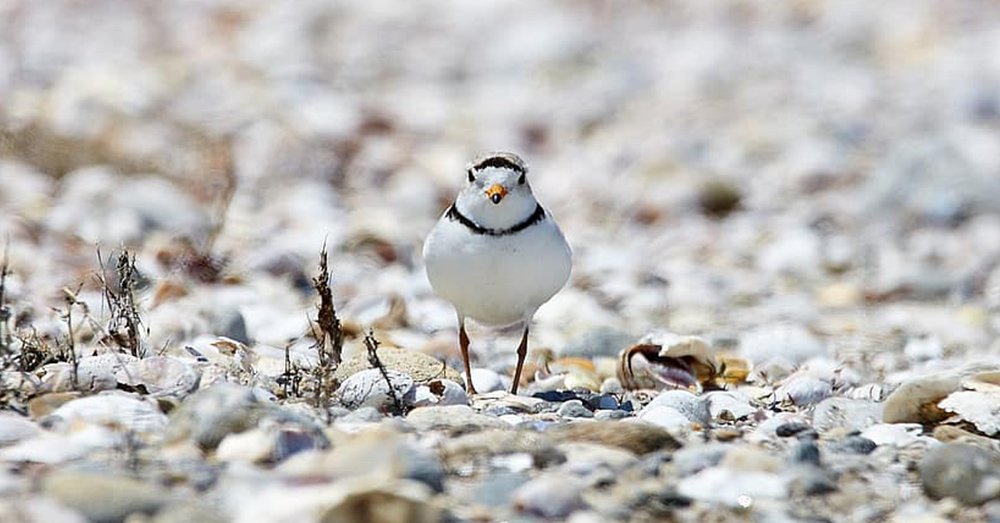 Source: Pikist
Thirty-nine plovers were recently released back into the wild in Northern Michigan.

In one instance, three eggs and a single hatchling were found abandoned after a storm. A coyote ate the birds’ mother, and their father had flown away. As Mlive reports, the FWS’ field monitoring staff found the eggs and chick and handed them over to the Detroit Zoo, which cared for the birds until they were healthy enough to go back to the wild.

“We were able to pick them up from the U.S. Fish and Wildlife Service, care for them and monitor them closely,” Van Dam said. “Three out of the four chicks survived and were later released. Those are the stories that stick with you.” 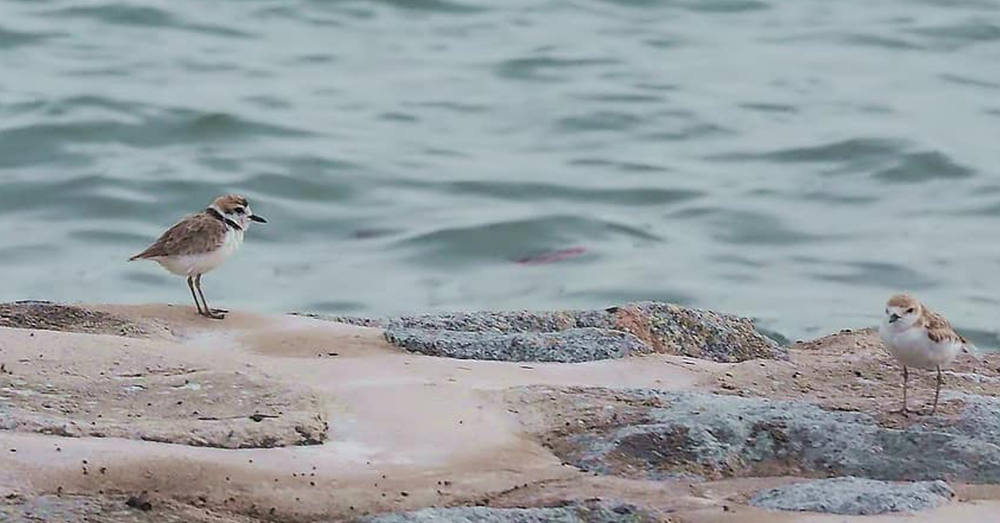 Source: Pikist
Here are now 64 pairs of Great Lakes piping plovers and 79 plover nests in the wild in Michigan.

Like it has with many efforts, the coronavirus disease (COVID-19) pandemic has made conservation efforts more difficult. The Detroit Zoo typically leans on the incubation facilities managed by the University of Michigan, but social distancing guidelines have made that impossible.

“We couldn’t let the pandemic prevent the rescue and rearing of these endangered birds,” Van Dam said. “So, at the request of the USFWS, abandoned eggs were brought to the Detroit Zoo this year for incubation and rearing. The plovers were then sent to the Biological Station, where the birds were able to get more acclimated with their natural environment prior to their release.” 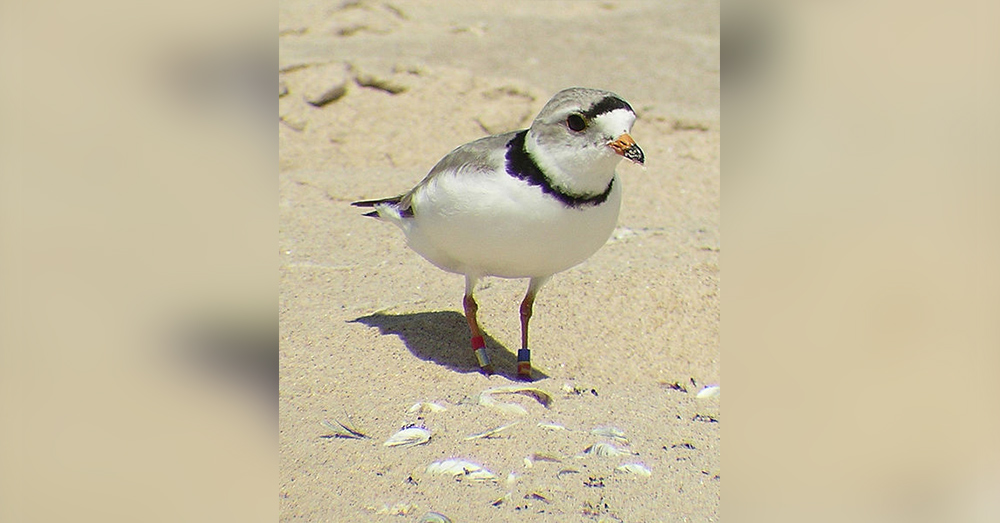 Source: Wikimedia Commons
There may be hope for the Great Lakes piping plover yet.

Despite the challenges, the future is looking brighter for the Great Lakes piping plovers. The Detroit Zoo’s piping plover salvage-rearing program that started in 2001 has since been responsible for releasing 98 captive reared birds back into the wild.

As Mlive reports, there are now 64 pairs of Great Lakes piping plovers in the wild, and 79 nests that yet hold the promise of many more.

How Racism Has Concentrated Sweltering Heat Around Low-Income Communities And People Of Color: Click “Next” below!