See How Shelter Cats Are Changing Lives In Prison

Life on the inside of an American correctional facility is no vacation. It’s not meant to be. Breaking the law in this country comes with a penalty, and if the damages are severe enough, the consequences may amount to several years behind bars.

In the Animal Protection League and Pendleton Correctional Facility in Indiana, at least, prisoners have the opportunity to find a more positive outlook on life by spending time with cats.

F.O.R.W.A.R.D. (Felines and Offenders Rehabilitation with Affection, Reformation and Dedication), was implemented at Pendleton in 2015.

“FORWARD provides a dozen cats with a large room of their own where prisoners care for them,” the Animal Protection League Inc., Indiana reports. “The cats are able to interact with people, increasing their chances of adoption, and participating prisoners learn responsibility by feeding, grooming and cleaning up after the felines.” 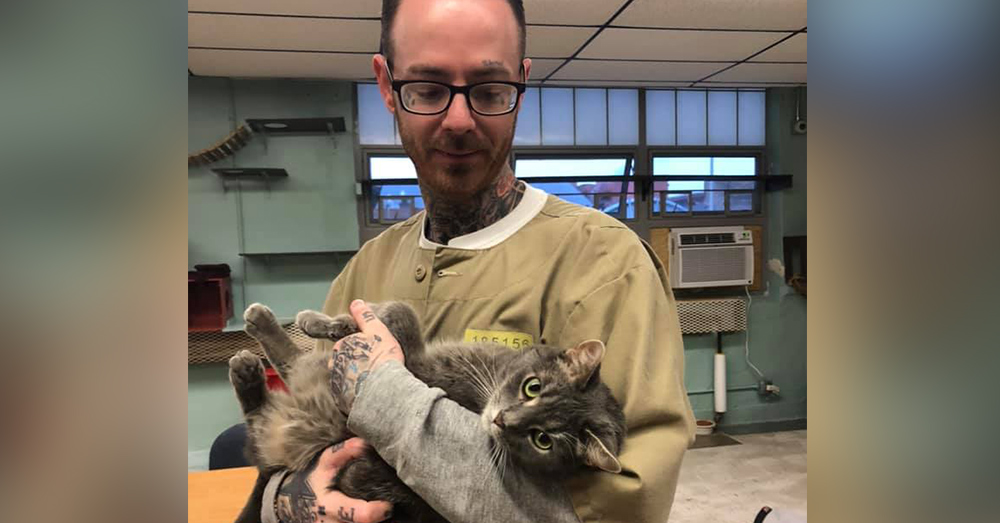 The cat sanctuary within Pendleton was funded by donations. And many of the items in the play area, including scratching posts and climbing structures, were built from recycled materials by inmates at the prison.

Each inmate involved in the program is screened and interviewed by the AP, and while they cannot adopt the cats, their families or prison staff may. Once a cat is adopted, APL brings another one in to replace it. 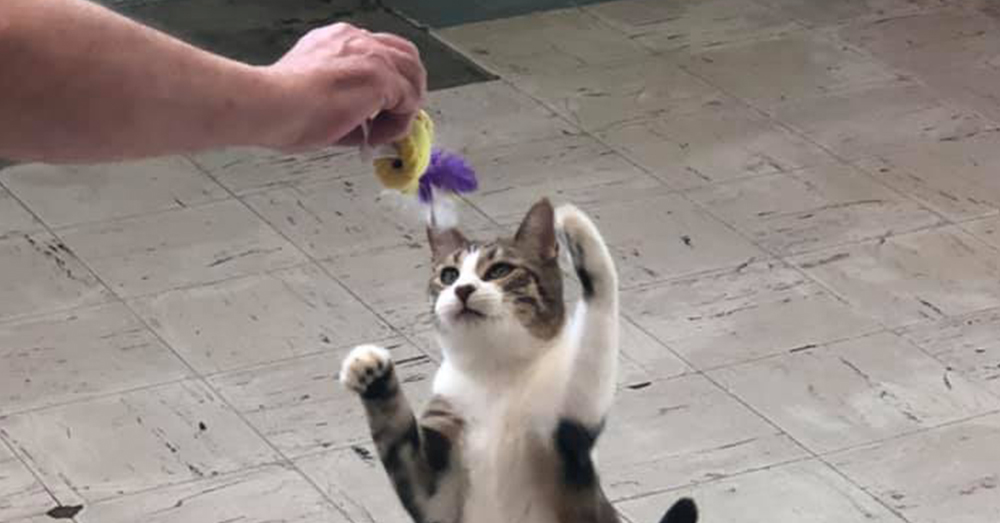 “I’ve had offenders tell me when they got an animal, it was the first time they can remember they were allowing themselves to care about something, to love something,” said APL Director Maleah Stringer. “That’s a pretty powerful statement.”

Many of the cats in the Pendleton sanctuary were either rescued from mistreatment, or surrendered for being antisocial. The FORWARD program helps them get reacquainted with humans, and build trust as the inmates clean, groom, and feed the animals. 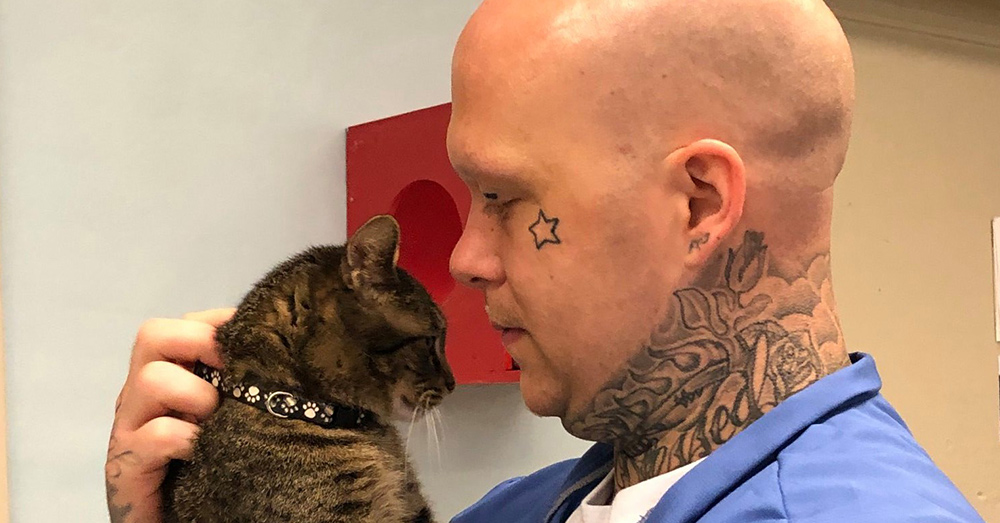 The inmates learn how to care for others and the cats have a better chance of being adopted after spending time with them.

“It teaches them responsibility, how to interact in a group using non-violent methods to solve problems and gives them the unconditional love of a pet – something many of these inmates have never known,” APL website states. 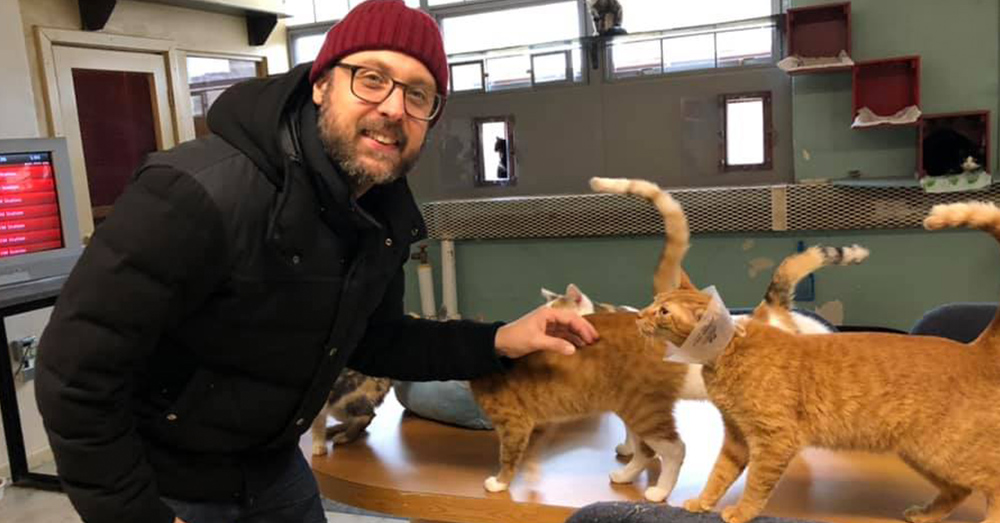 According to Cats on Catnip, the FORWARD program has been so successful that correctional facilities around the country are starting to take notice. 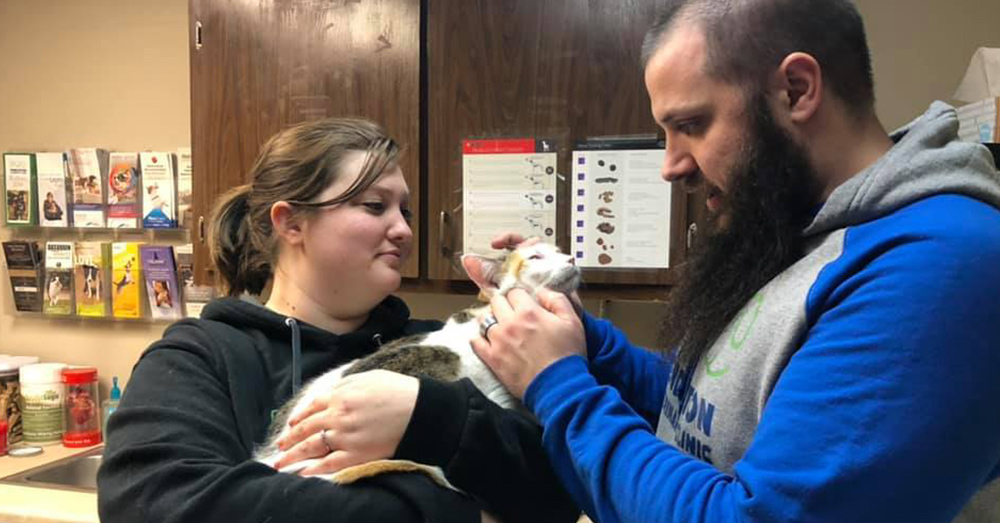 “The MCKC Program has reduced offender idleness, taught offenders about responsibility and increased their self-esteem,” Purrfect Pals describes the Monroe Corrections Kitten and Cat Connections program. “Since the program’s inception, offenders have been motivated to enroll in school, obtain jobs, obey unit rules and improve their hygiene so that they may become MCKC participants. The presence of animals on E Unit has added a new calmness to E Unit’s therapeutic milieu and strengthened its community spirit.”

Latest Work From Artist Jenny Jinya Will Bring You To Tears: Click “Next” below!