Shelter Dog Gets Tucked In At Night

A shelter can be a scary place for dogs. The different smells, sounds and limited human interaction. Some dogs react by barking or pacing, while others cower in the corner. A beautiful 2-year-old pit bull named Prince would cower in the corner and shake like a leaf.

Prince was found wandering the streets of New York after slipping his leash. Sadly, no one came to claim him. He was not enjoying his time at Mohawk Hudson Humane Society. The stress was causing him to hide in the corner of his kennel. He was nervous and scared of everything. 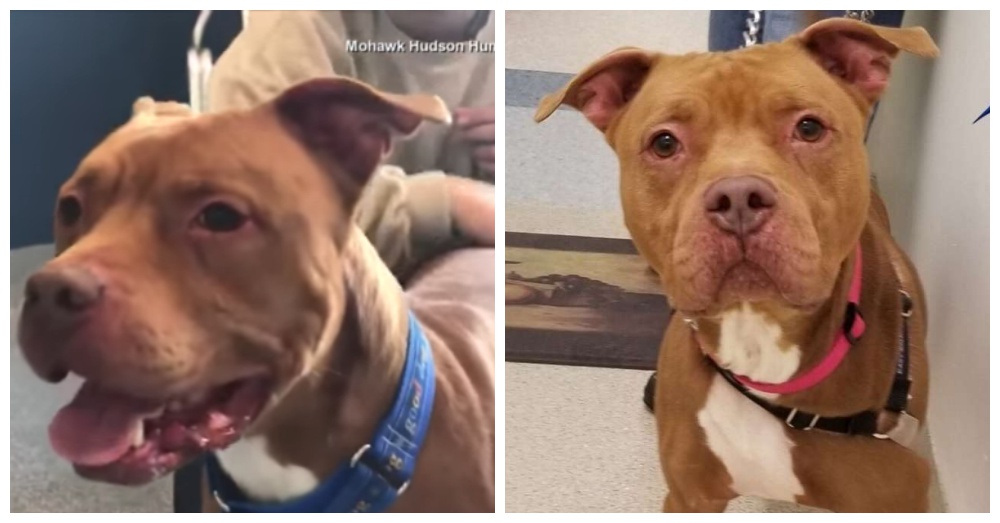 Nancy Haynes, director of behavior and enrichment at Mohawk Hudson Humane Society, told The Dodo, “He took a long time to warm up to us. Even when you approached his kennel, he would sit in the back and cower and shake. You would usually find him curled up in a ball at the back of his kennel.”

The staff kept trying new things to make Prince more comfortable. Finally, they found something that made him feel safe. They found out he liked to be tucked in at night in his bed, before the staff went home for the night. The blanket wrapped around him comforted him and became a nightly occurrence. To top it off, he also received a bedtime toy. 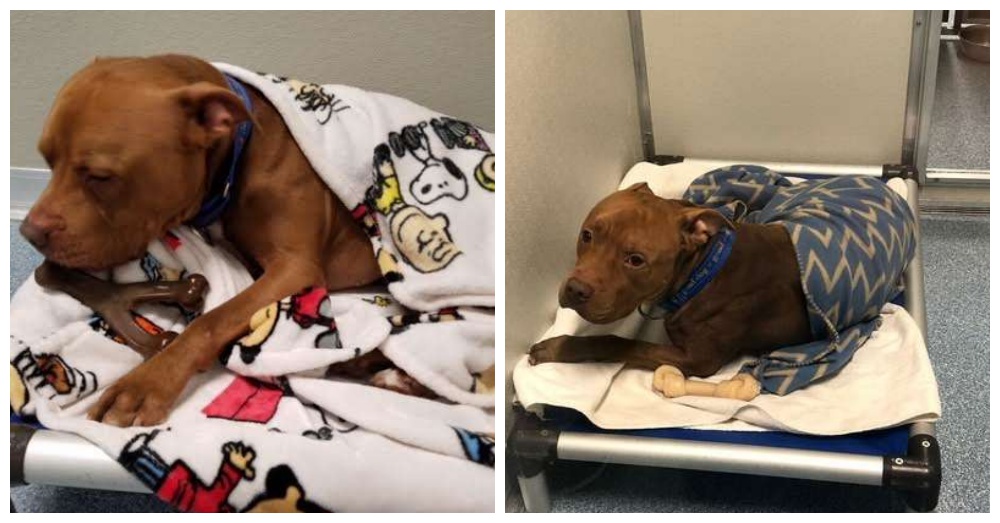 “One of the staff members was just snuggling with him in the kennel … and he got up on the bed and a staff member just tucked a blanket around him, and kind of realized, ‘Oh, he really likes this. It makes him feel comfortable,’” recalls Haynes.

The sweet pup would wait patiently for his new bedtime ritual. “He usually doesn’t get onto his bed until somebody does their rounds and approaches his kennel … but if you go into the kennel with him, he’ll go onto the bed to get tucked in.” 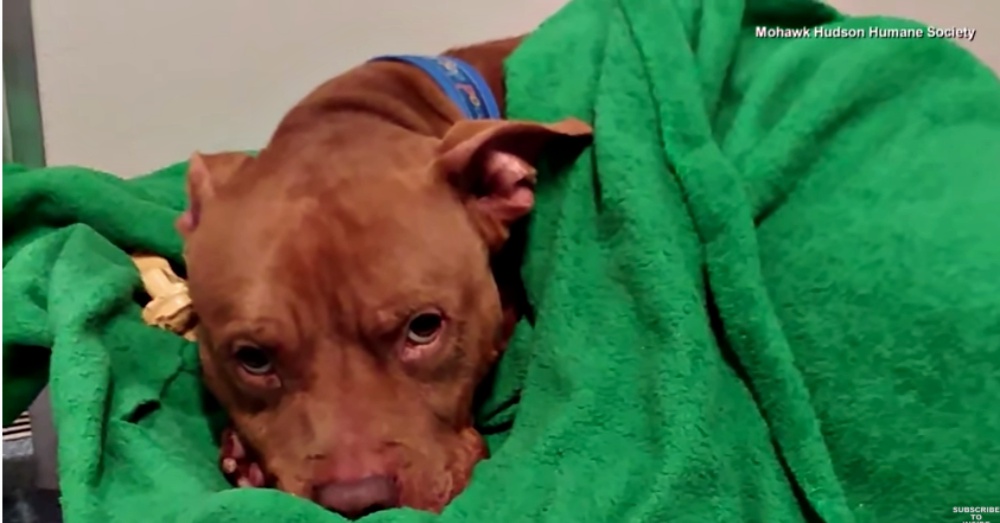 Aside from his adorable bedtime routine, Prince loves to snuggle and give kisses. A good scratch will make him grunt with happiness. Surprisingly, Prince is still available for adoption. Prince does scare a few people off with his bark when someone new approaches his kennel.

“He doesn’t show well in his kennel, so if somebody that he doesn’t know approaches his kennel, he can bark and be reactive,” Haynes said. “But since he’s been getting so much one-on-one attention, his reactivity has decreased tremendously.”

He loves to go for walks and cuddle. He prefers to be the only dog, so he can have your undivided attention. This smart pup is just waiting for his person. Prince is having some meet and greets with potential adopters, so hopefully one will be the perfect match.

Watch Prince get tucked in.