A Presidential Tradition: The Furry Family Members Of The White House

February 21, 2022, isn’t just another Monday. It’s also President’s Day, and a time to honor all of America’s presidents for their service to our country.

But while we celebrate U.S. presidents’ past and present, let’s not forget all the White House’s lovable pets, each of whom offered critical love and support behind the scenes! Read on for some of our favorite stories about animal-loving U.S. presidents and pets who’ve resided at 1600 Pennsylvania Avenue. 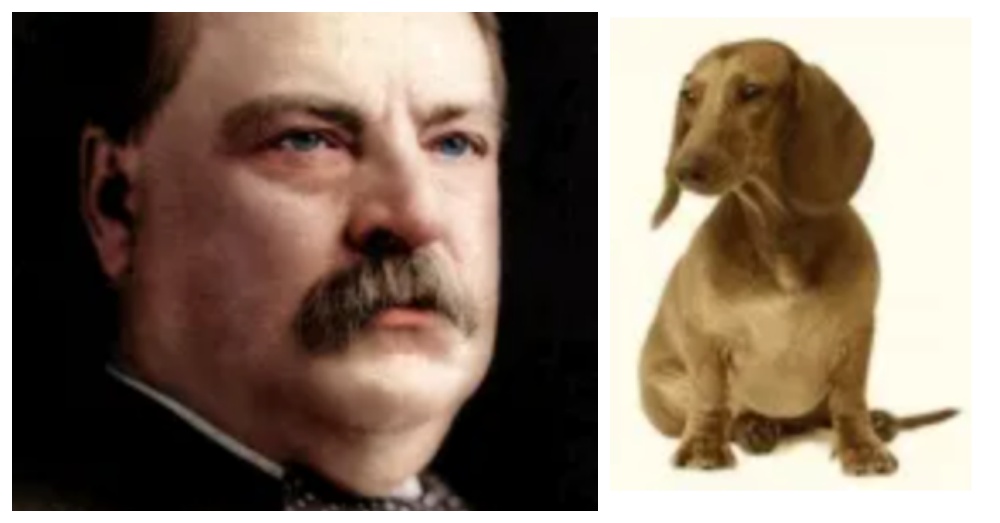 In addition to being the only person to be president for 2 non-consecutive terms, President Cleveland was also a huge animal lover. According to the Presidential Pet Museum, the 22nd and 24th President owned a Collie, Cocker Spaniel, St. Bernard, Foxhounds, Dachshunds, exotic fish, chickens, and ponies. Mrs. Cleveland also owned canaries, mockingbirds, and a French poodle named Hector. 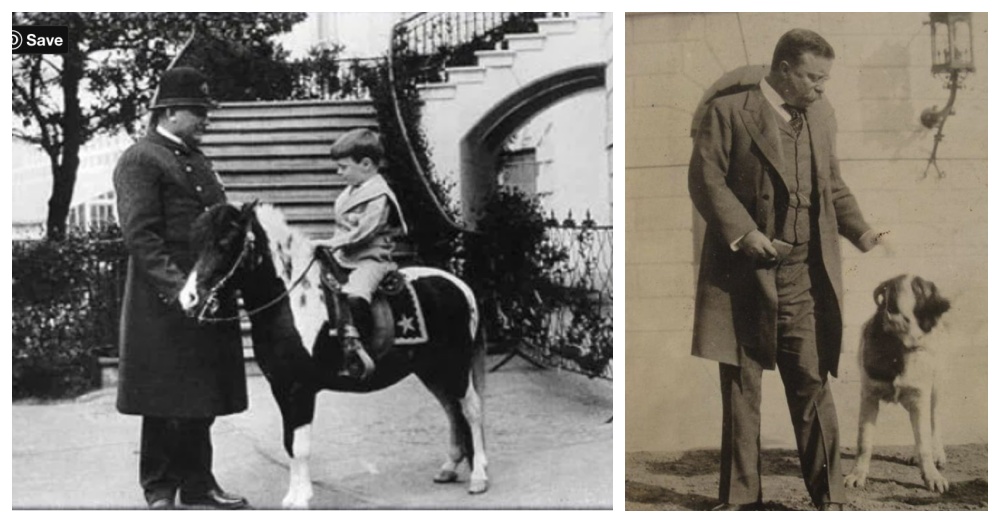 Teddy Roosevelt was an avid hunter, but he was also a conservationist. The 26th U.S. President put a great deal of effort into protecting animals and nature, leading him to establish our national parks system. He had numerous pets, and he took his dogs everywhere, even on trips to Panama during the construction of the Panama Canal! That’s an attitude all dog lovers can understand. 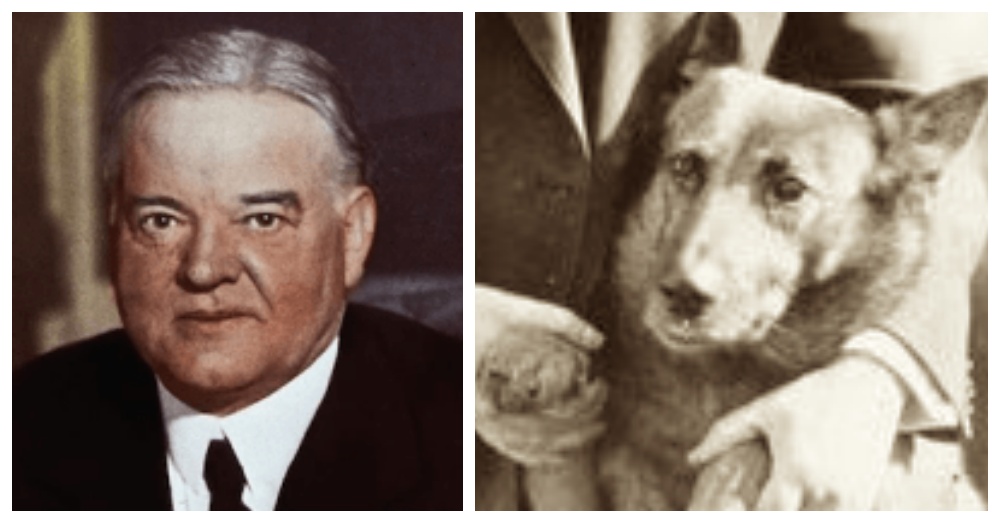 Herbert Hoover was a very contentious president. He gave us Hoovervilles, but also Black Tuesday, and the name of a famous vacuum. And while the 31st President had many dogs (and even a pair of alligators belonging to his son), Hoover was especially taken with his Belgian Shepherd, King Tut. 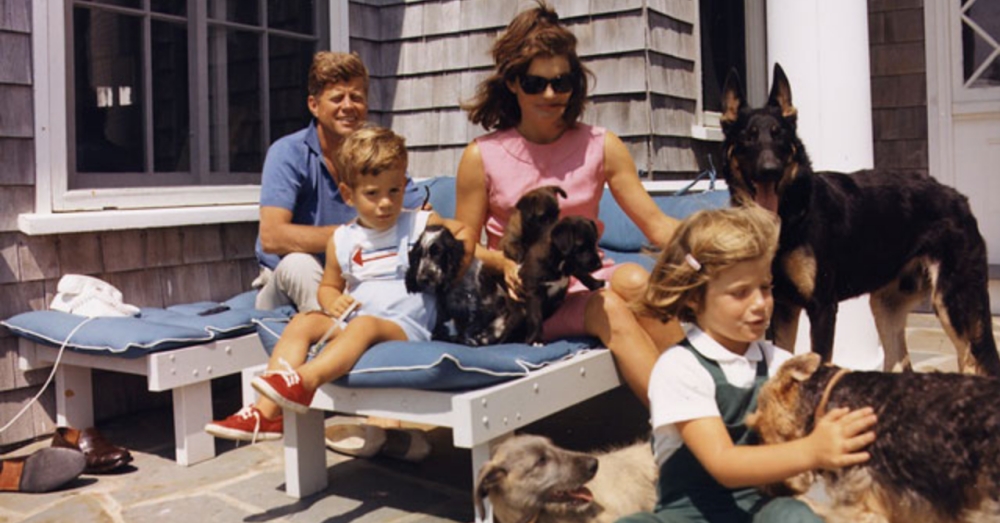 Though his time in the White House was cut tragically short, JFK owned 10 dogs throughout his career and made no secret of how important they were for a family. That was something the 35th President’s family continued to honor after his death. 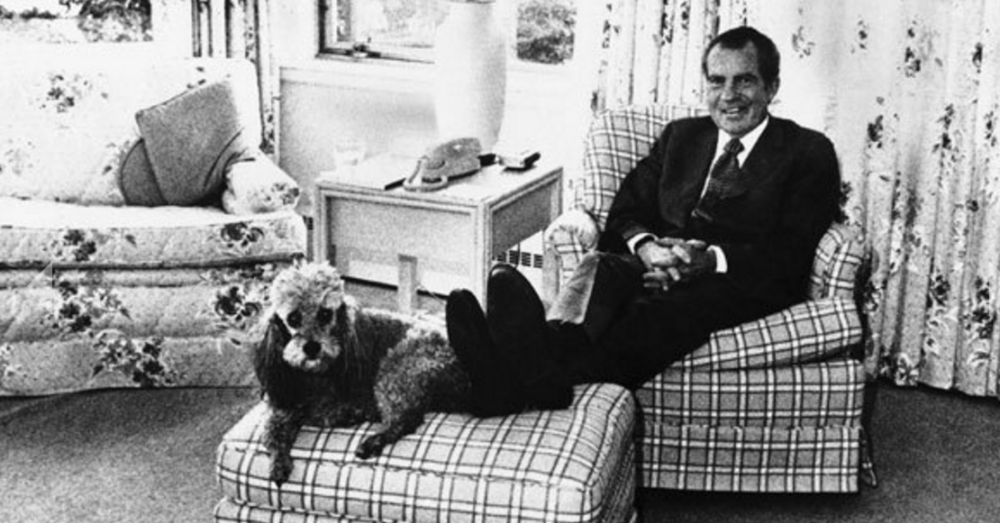 For all his misdeeds and scandals, President Richard Nixon also had a surprising soft spot for animals. Nixon’s cocker spaniel, Checkers, campaigned with the 37th President in his vice-presidential days, but it was an Irish Setter named King Timahoe (aka Tim), a poodle called Vicky, and a terrier, Pasha, who lived with Nixon in the White House. 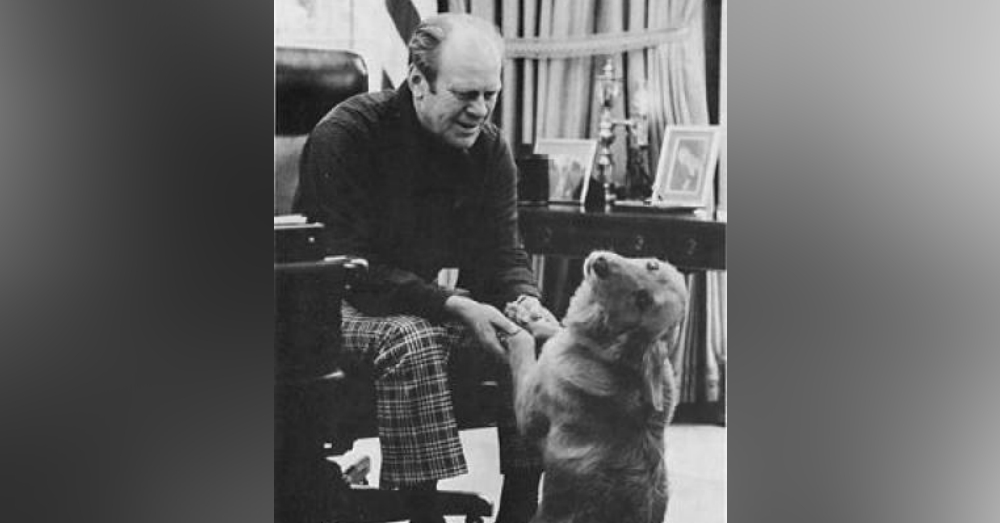 Gerald Ford set the stage for what a modern president looks like, while continuing to honor the presidential tradition of keeping a furry White House companion. His golden retriever Liberty was a public icon and helped to show how affectionate and caring Ford and his wife Betty were. 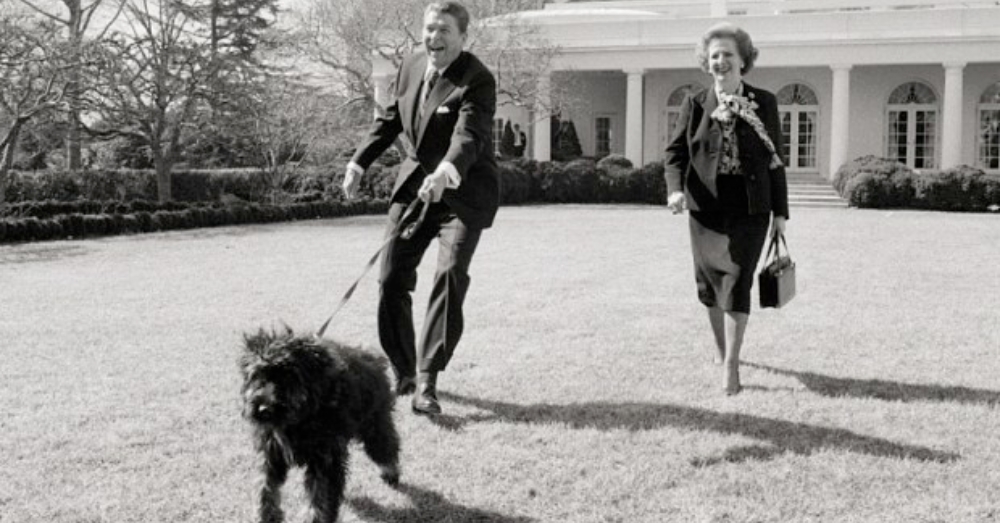 Ronald Reagan was a passionate man, and a president whose legacy borders on sainthood in some circles. He dedicated himself fully to any pursuit, be it acting, politics, or tearing down the Berlin Wall. This included his love for horses and dogs, including Lucky, a boisterous Bouvier des Flandres with a tendency to walk the 40th President around the White House lawn. 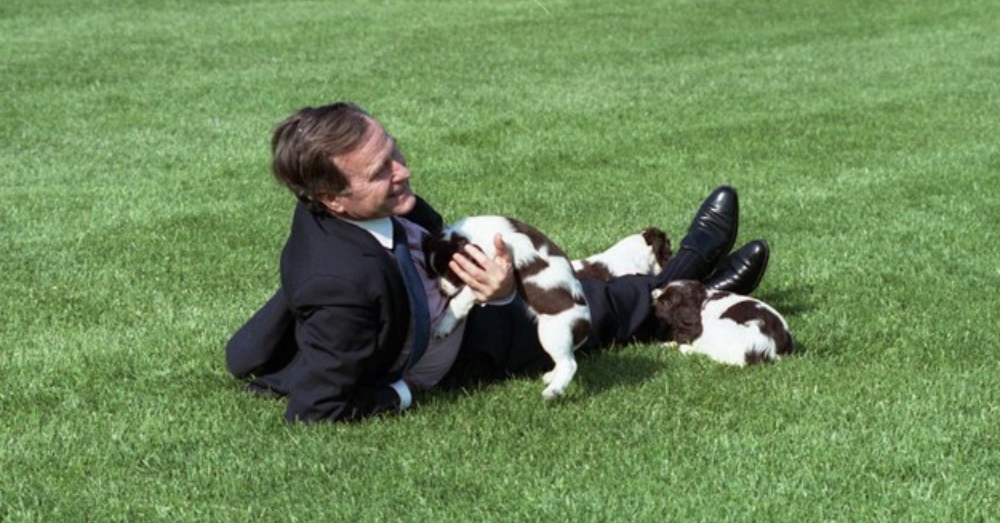 In addition to being a proud Texan, President George H.W. Bush was also a proud dog owner. In fact, the 41st President’s dog Millie was one of the White House’s most famous four-legged residents, so much so that a book about the English Springer Spaniel’s life in the White House became a New York Times bestseller. 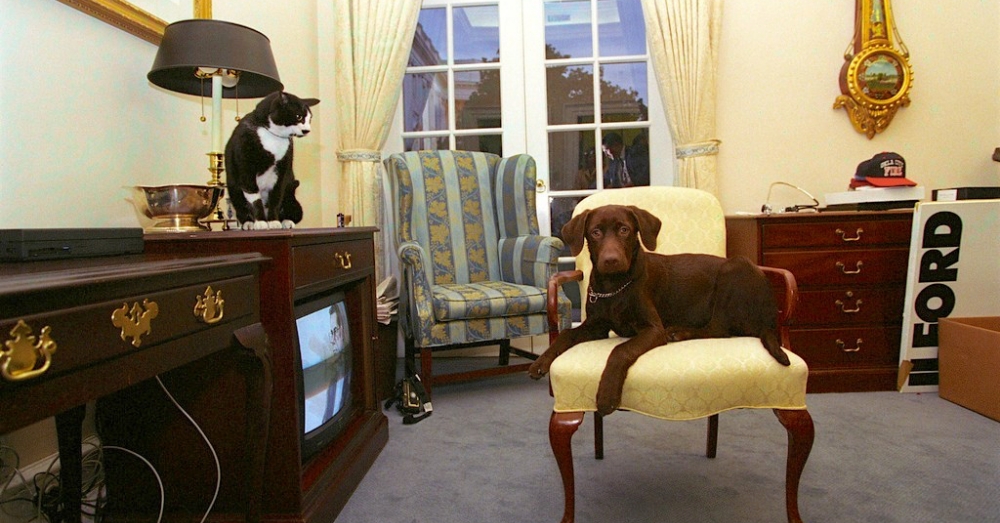 Bill Clinton, another Southern gentleman, adored pets. But Clinton’s cat, Socks, never got along with the 42nd President’s Labrador Retriever, Buddy, leaving Clinton to joke that he’d made more progress achieving Middle East peace than solving the conflict between his warring pets. 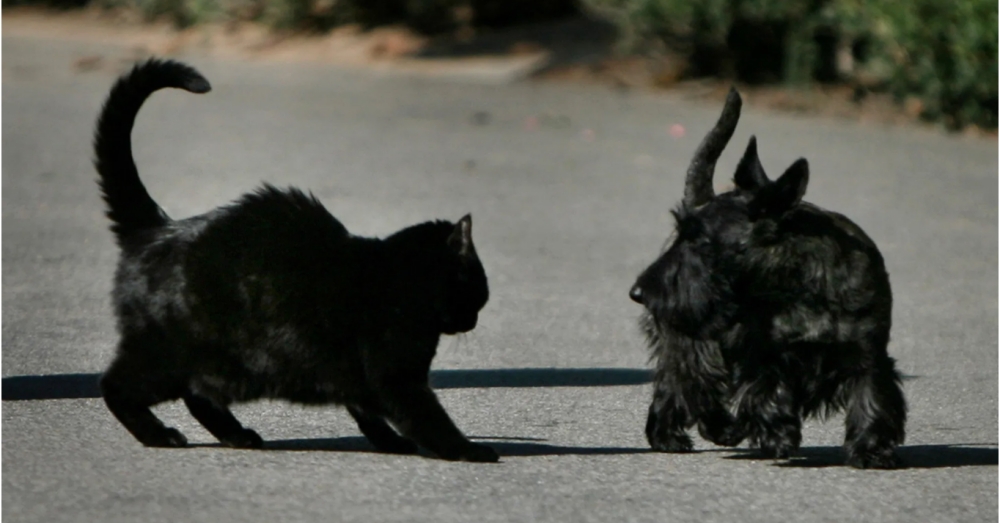 The 2nd President Bush didn’t just inherit his Dad’s love for animals; one of his pets, Spot, was even born to Bush Sr.’s dog Millie. GWB’s other dogs included two Scottish Terriers and a rescued cat India, who – like Clinton’s cat Socks — didn’t always appreciate the canines in her family. 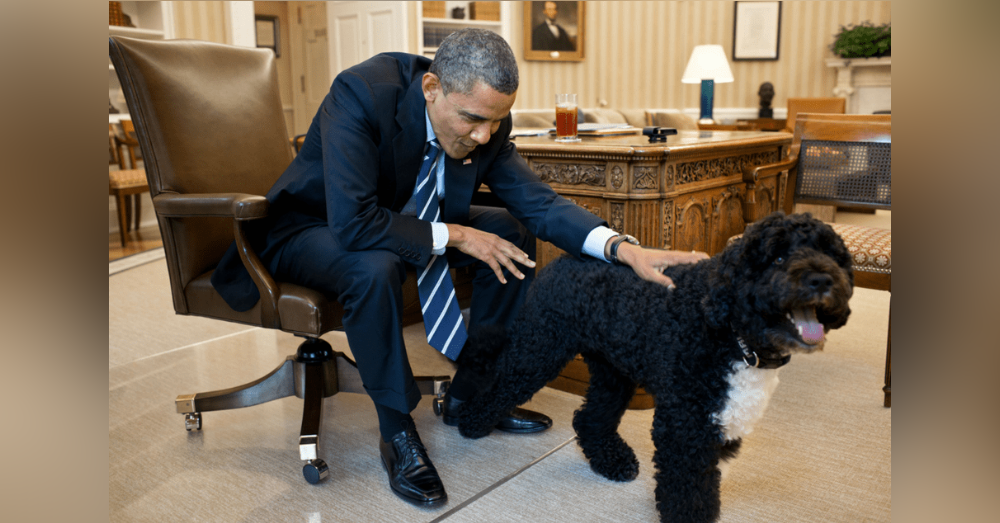 On the campaign trail, then-candidate Barack Obama promised his daughters a dog if they made it to the White House. After they did, Portuguese Water Dogs Bo and Sunny quickly joined America’s first family. 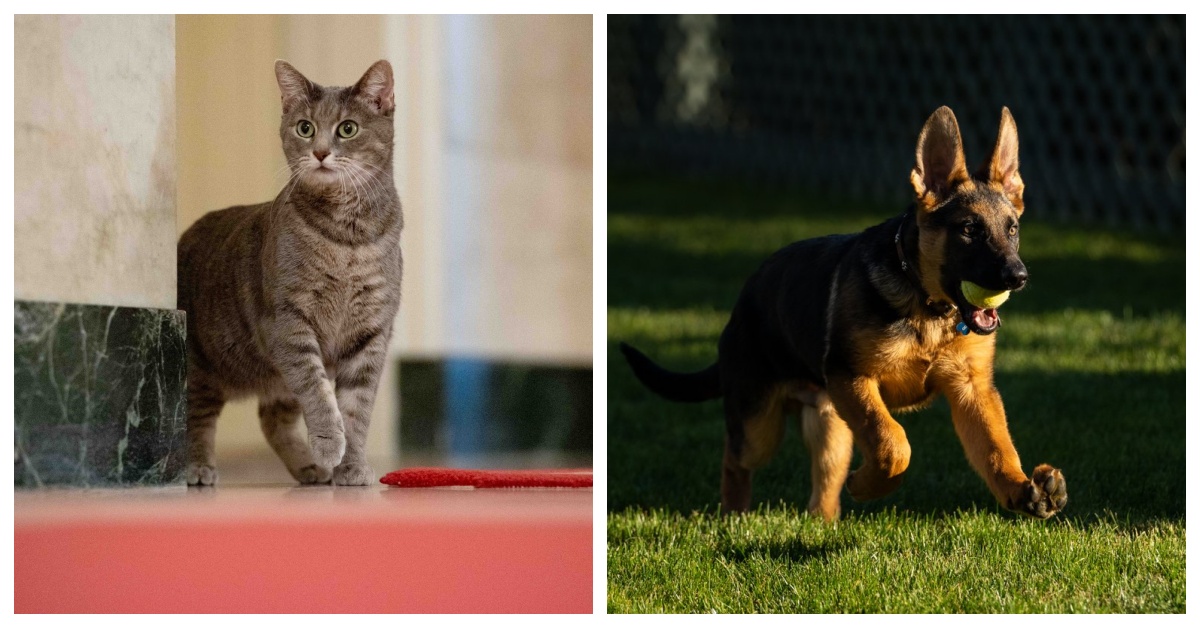 Not only did President Biden bring America’s first shelter dog, a German shepherd named Major, to join him at the White House, he also has proven to be an advocate for animals big and small. Unfortunately, White House living didn’t agree with Major, who moved back to Delaware following a series of biting incidents, but rescued cat Willow and adopted German shepherd puppy, Commander, are continuing the welcome tradition of opening the White House to rescued animals!

Did we miss your favorite presidential pet? Let us know in the comments!