Now, Russian scientists have uncovered the intact remains of the world’s oldest puppy, found in the Asian permafrost. Nearly every part of the dog was preserved in frozen mud, including the hair, whiskers, eyelashes, and teeth.

“This puppy has all its limbs, pelage – fur, even whiskers. The nose is visible. There are teeth. We can determine due to some data that it is a male,” said Nikolai Androsov, director of the Northern World private museum. 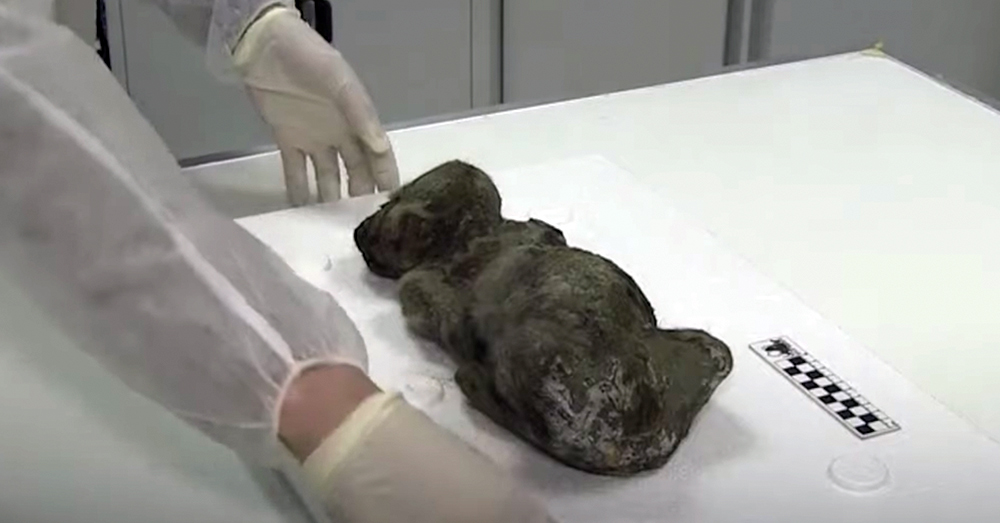 Source: YouTube/CGTN
The puppy was found in a frozen lump of mud.

The remains of the puppy have been stored at Androsov’s museum, but other teams have come in to inspect the unique find. Scientists from the Center for Palaeogenetics have removed a small part of the dog for DNA testing back in Stockholm.

“The first step was of course to send the sample to radio carbon dating to see how old it was and when we got the results back it turned out that it was roughly 18,000 years old,” Love Dalén, professor of evolutionary genetics at the center, told the Associated Press. 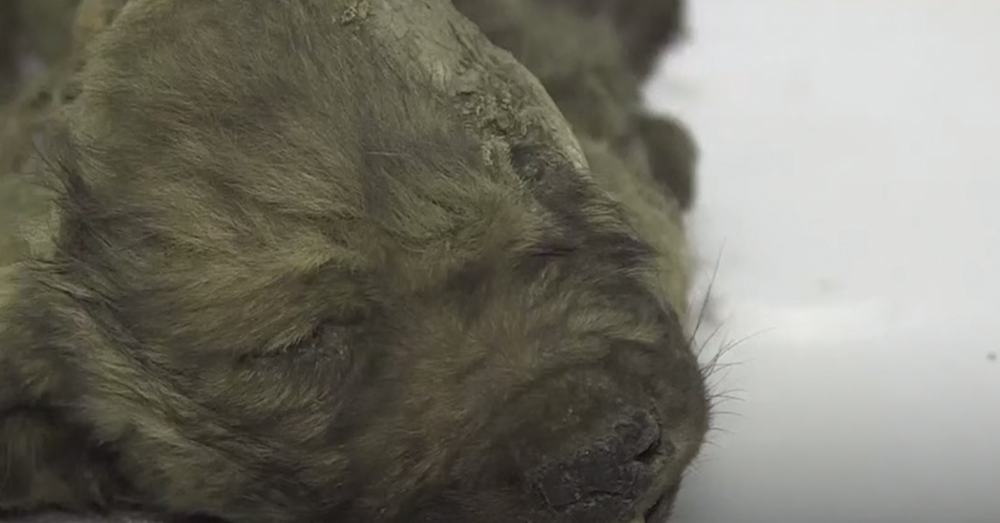 Source: YouTube/CGTN
The hair, whiskers, and eyelashes were preserved in the ice.

The next round of tests is hoped to determine the species of the animal, revealing whether is is a dog or a wolf. Domesticated dogs are thought to have originated from a single breed of wolves about 2,000 to 12,000 years before this particular puppy found itself lost in the snow, according to a study from 2017. 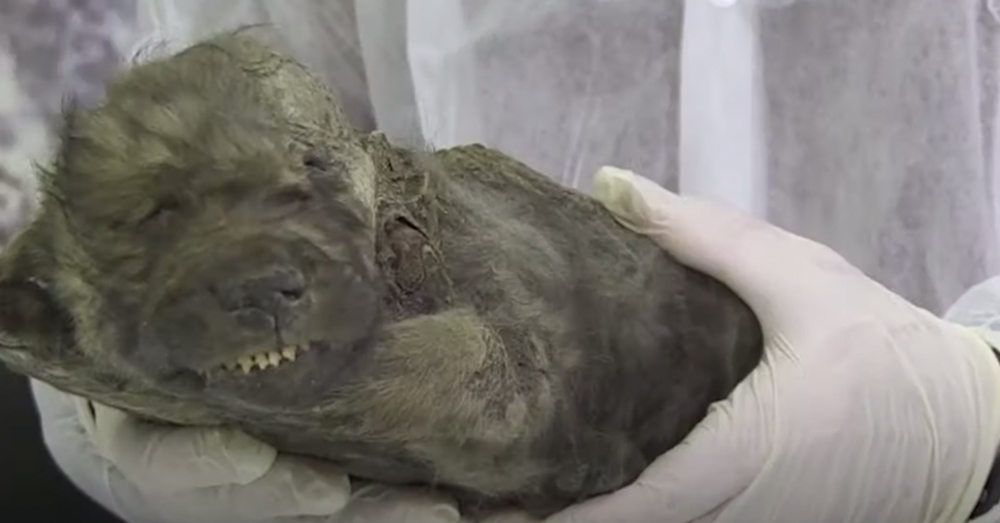 Source: YouTube/CGTN
Researchers are trying to determine if the animal was a dog or a wolf.

“We have now generated a nearly complete genome sequence from it and normally when you have a two-fold coverage genome, which is what we have, you should be able to relatively easily say whether it’s a dog or a wolf, but we still can’t say and that makes it even more interesting,” Dalén said.

Like any good dog, this one needed a name. The scientists have chosen the Yakut word for “friend,” Dogor.

A Blue Whale’s Heartbeat Has Been Measured For The First Time In History, And It’s Lower Than Scientists Expected: Click “Next” below!