Pregnant Dog Dragged From Vehicle Before Being Abandoned Outside Shelter

One animal shelter in Virginia is on the hunt for the two people seen cruelly dragging a pregnant dog out of a car before dumping her outside the building.

The heartless incident occurred Friday night and everything was caught on surveillance footage. 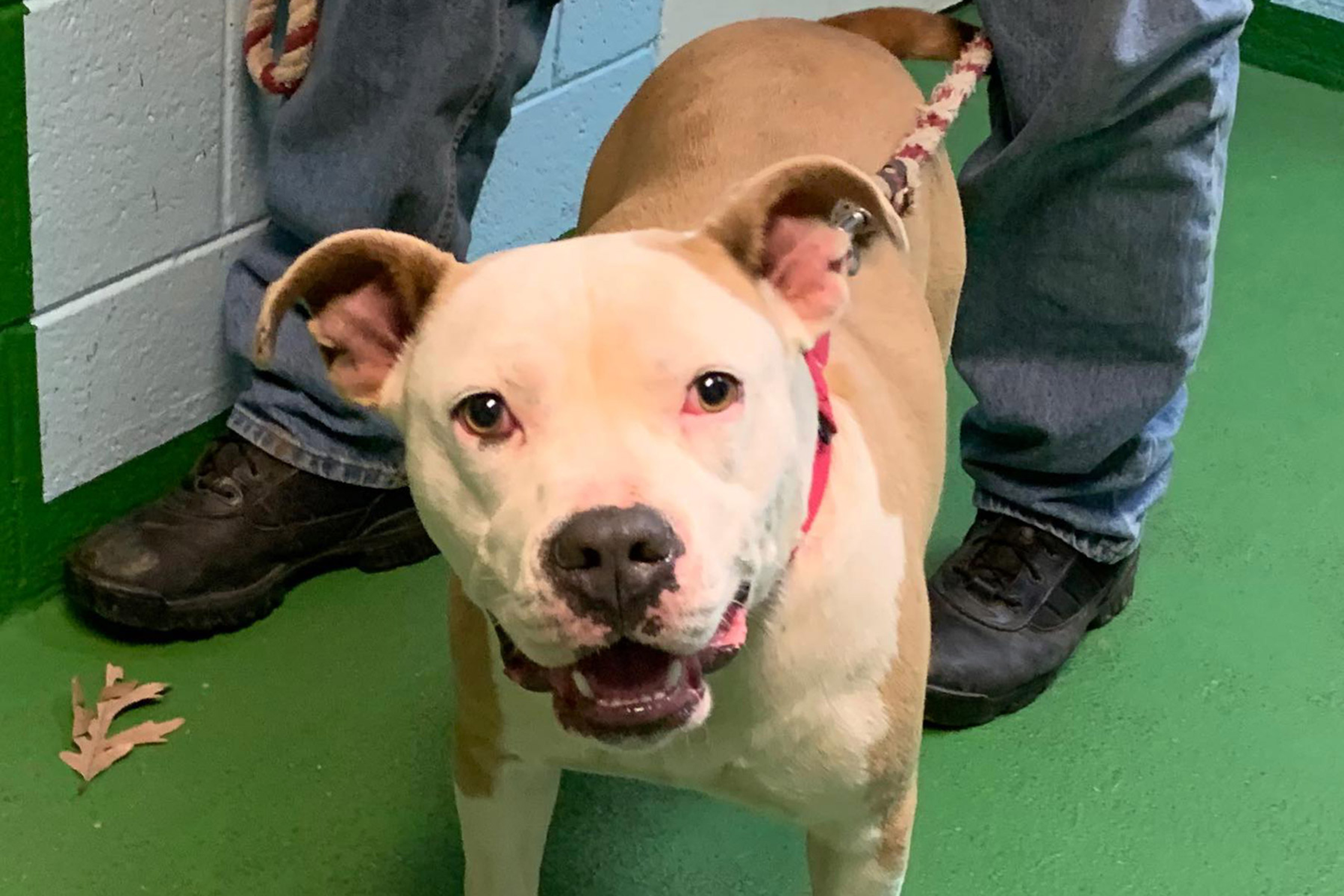 The video, which was shared on Tuesday by WFLA, depicts two people beside a dark-colored sedan as one of the individuals opens up the car’s trunk.

From there, viewers can see the dog – who is now called Tilly – get hauled out of the trunk before the person drags her across the cement ground where they proceed to leave her dumped in a fenced area.

Horrified by what was witnessed, Campbell County Animal Control officer Benny David told WFLA that the entire situation was agonizing and completely needless.

“It’s not right to put an animal out to spend a night in the cold. We need to know where they come from, what reason enough had to have health problems. Were there any other problems with the animal? We need to know of its owner. They can sign an owner surrender,” the officer said.

Friends of Campbell County Animal Control, the rescue group that helps to facilitate adoptions for animals at the Campbell County Shelter, have already shared several updates on Tilly. At the moment she has been taken in by a foster family who has agreed to “hang onto her for as long as needed.”

The rescue group released a statement on Facebook in which they said, “We’d like to identify the men responsible for driving this dog to the Campbell County Shelter under cover of darkness, pulling her out of the trunk of their car, and dragging her into the concrete fenced area where she lay unsheltered on concrete all night on Friday night.”

The rescue, who partners with animal control in order to help provide medical care for the animals in their custody, urged members of the public not to assume that Tilly belongs to the people seen in the video. They pointed out that she could “have been stolen from a neighbor, or part of a marital or custody dispute, or delivered from another county where the shelter was not open admission and would not take her in.”

In another update, the group wrote that “We do not know!” if she was stolen or a part of a dispute, but then added that “she needs to get home.”

As the search for the people who dumped Tilly outside the animal shelter continues, the pregnant Tilly visited the vet – where doctors discovered that she’s got heartworm disease.

“Sometimes the news just gets worse, so in addition to being left in the elements for 12 hours after being dragged out of the trunk of a car, now she must also deal with heartworm disease,” the group wrote another update. 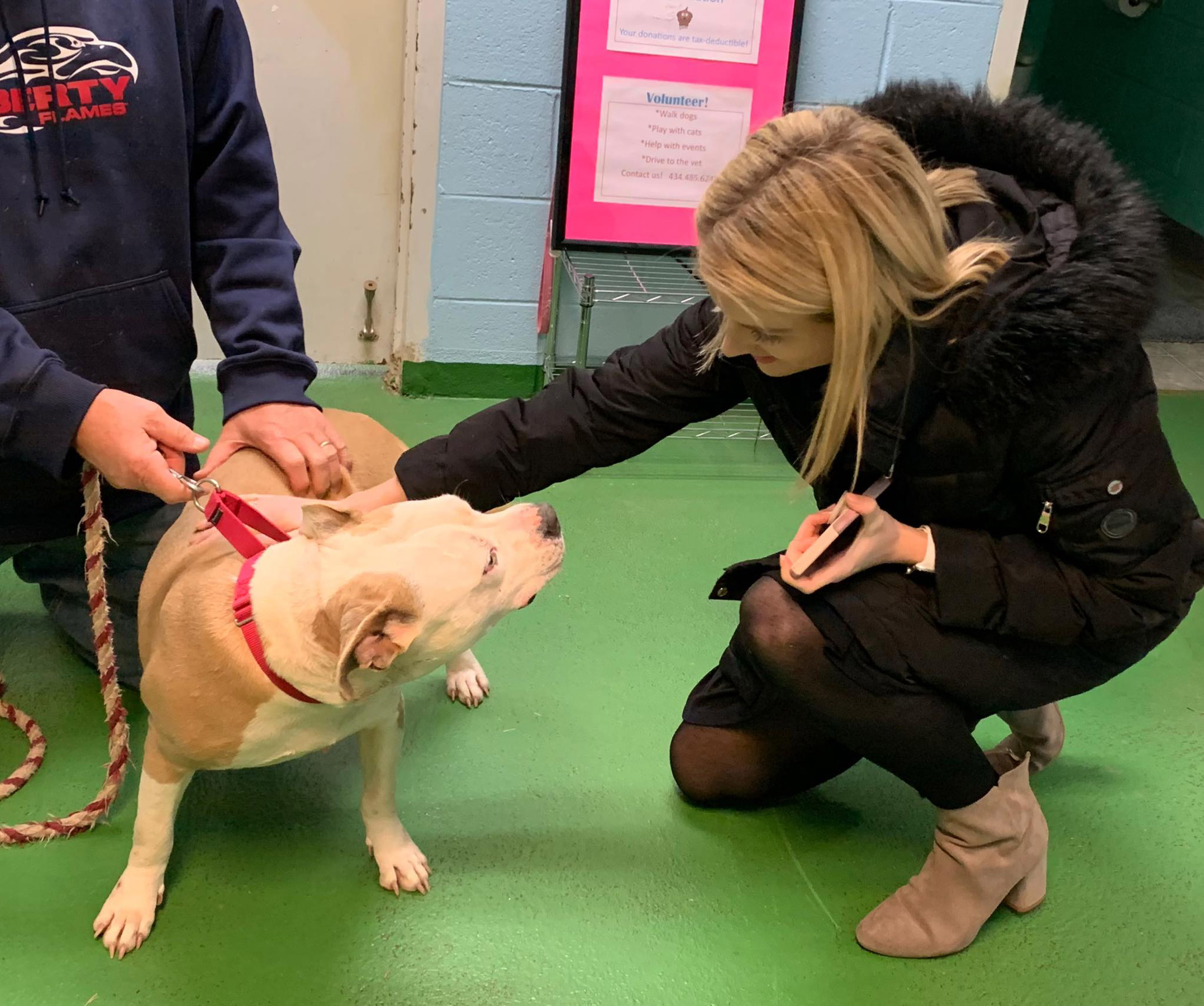 It is also expected that Tilly will be delivering her puppies in the next 10 to 15 days.

The worker who discovered Tilly the following morning, Kelsey Wright, said to WFLA that she was flabbergasted by the cruel actions of those who cruelly abandoned Tilly.

“You know, it just astounds me that someone didn’t think to ask for help. They just took matters into their own hands and did what they wanted to do,” Wright said.
Anyone who has information on Tilly or the people who abandoned her is being asked to get in touch with Campbell County dispatch and leave a message for Animal Control at (434) 592-9574.