Sally and Jon Watkinson, a couple from Melbourne, found a baby possum latched onto the fur coat of their puli dog, Kato.

Possums and dogs don’t typically get along, but Kato’s reaction to finding the scared animal surprised the dog’s owners. 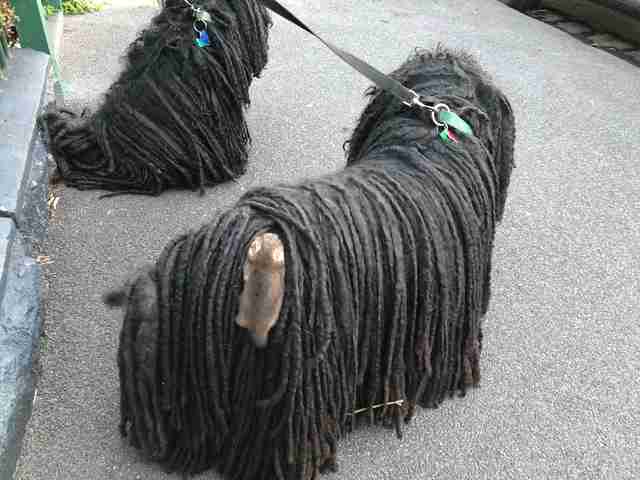 “Hugo and Kato seemed to barely notice it was there,” Sally Watkinson wrote in a Facebook post.

“It’s most surprising that Hugo was not barking frantically at it. Apparently, Kato was seemingly oblivious also.” 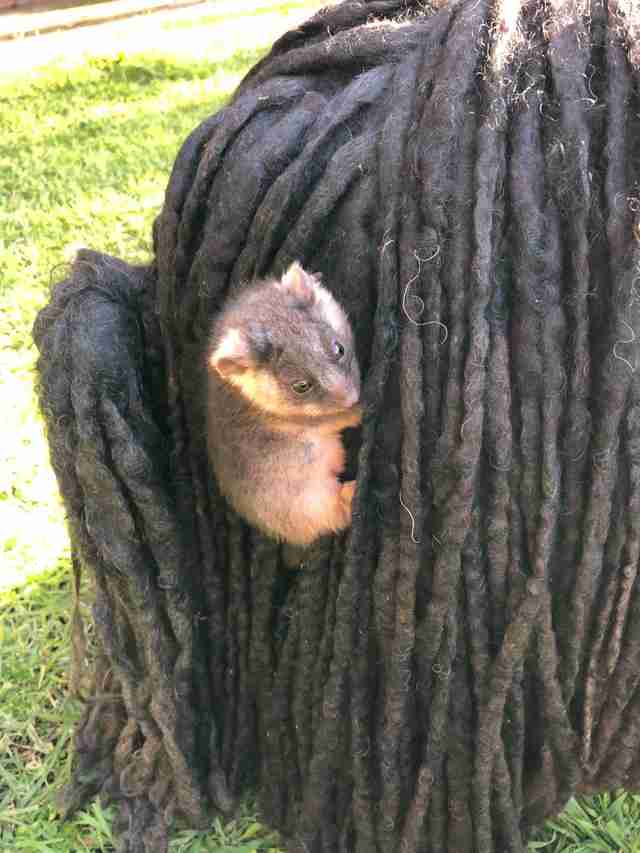 The couple got in touch with wildlife rescue and then walked their dogs to the vet to get the hitchhiker checked out by the doctor.

The baby possum stayed the night at the vet and was then transferred to a wildlife center to get some hand-rearing before being released back into the wild. 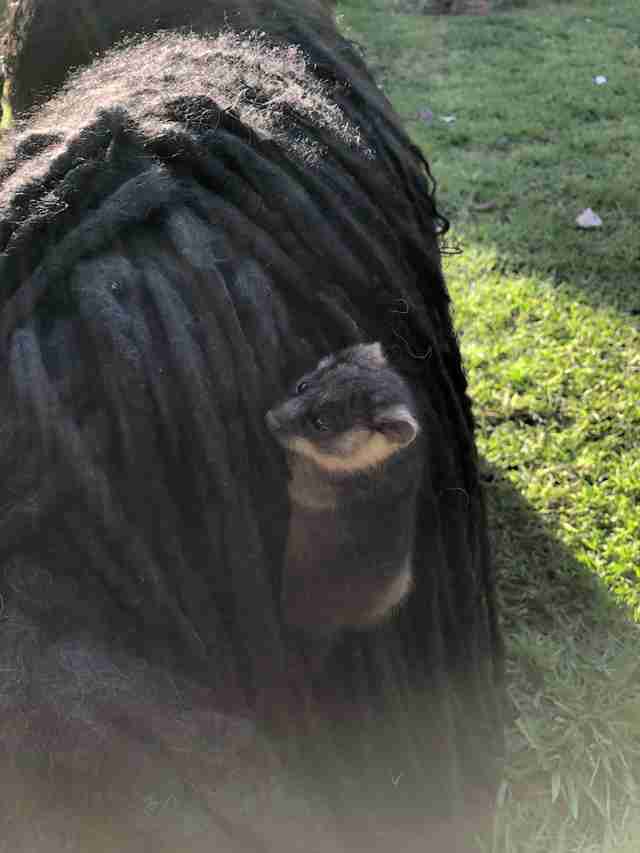 “[He’s] probably not quite weaned yet but seemed well enough and was clinging on for dear life. I think he found the right dog for that. His eyes were pretty bright still.”