People abandon unwanted pets every day, and while this cruel treatment is certainly tragic, it is also occasionally the beginning of a beautiful story with a happy ending.

Such was the case for a tiny kitten with huge eyes abandoned in a box on a front porch in the Chicago suburbs. A resident of the home found the little kitty there and immediately rushed him to the vet for medical attention, as he had a large wound on his neck. 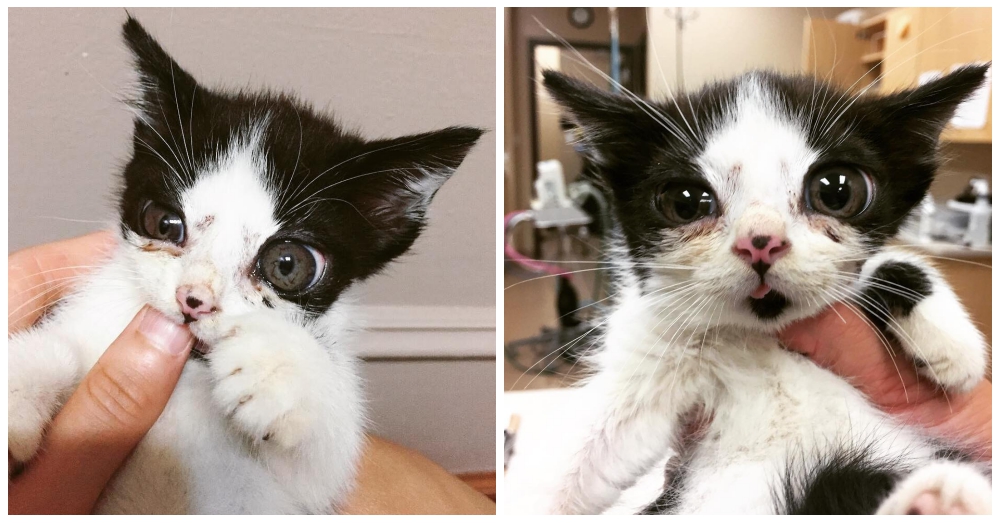 The day after his emergency room visit, the kitten was given a full examination at the animal hospital, where veterinarian Elise Hall couldn’t help but fall in love with him. She soon found herself checking on him in between her other appointments. 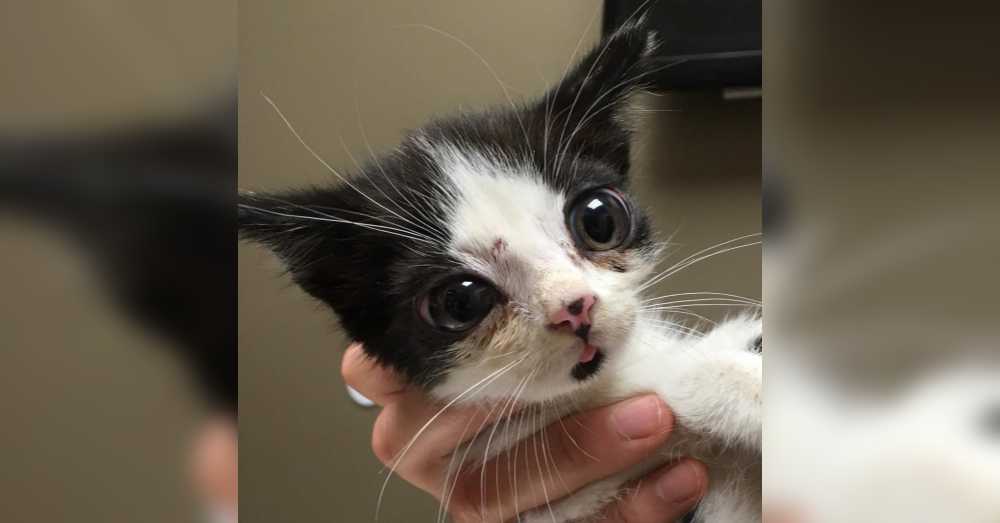 “He was pretty shy and subdued. But as the day went on, he started being more outgoing and playful,” said Hall. “He was so unusual, and I just adored his feisty spirit—I described him as 1.3 pounds of eyeballs and sass.” 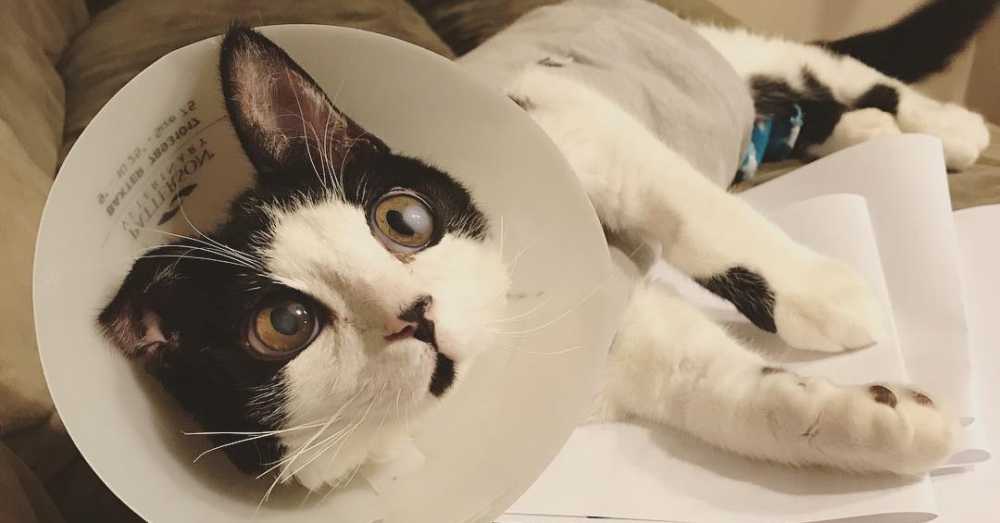 Hall couldn’t stop thinking about the precious kitten with the giant eyes, so, at the end of the day, when he needed a foster home, it just seemed natural that Hall would be the one to take him.

“It was suggested that I foster him until he was healthy and oversee his recovery. How could I say no?” she said. 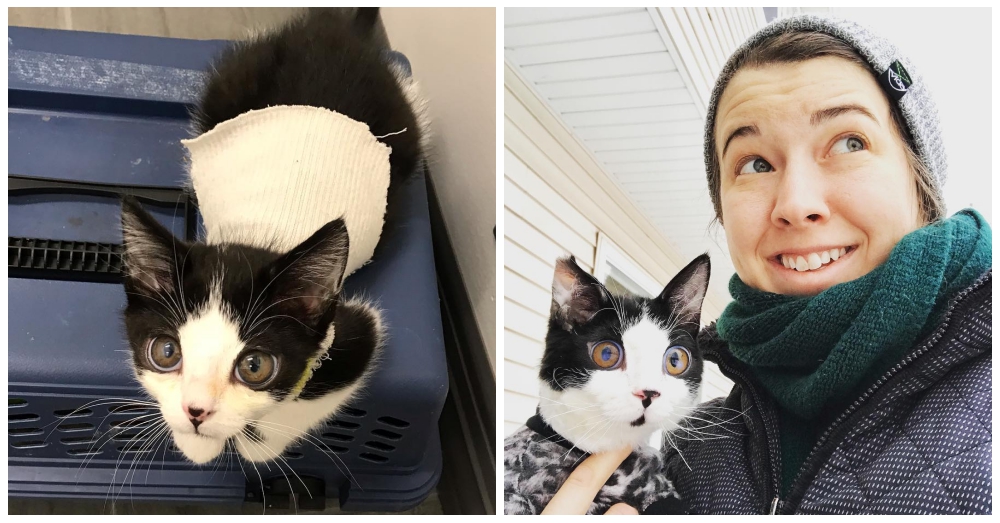 So Hall brought the kitten home and made him comfortable, bestowing upon him the name “Porg,” after a Star Wars character who also has very large eyes. 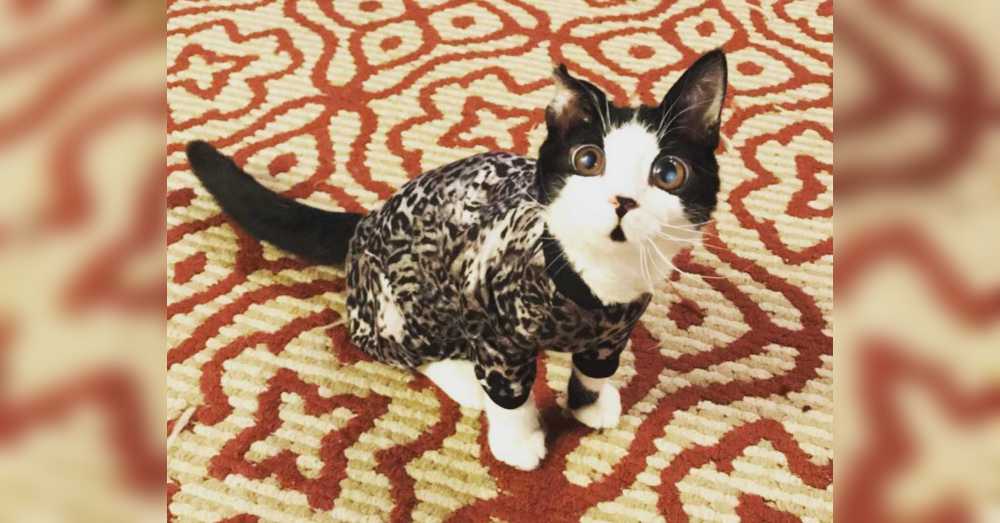 At the time, it didn’t seem that Porg’s large eyes were really any cause for concern—just a unique trait that made him stand out from the crowd. But it didn’t take long for Hall to realize the tiny kitty had some underlying health issues. On top of the large eyes, Porg also had very delicate skin that tore easily during simple activities like grooming.

Finally, a skin biopsy revealed the answer. Porg was suffering from a collagen defect known as Ehlers Danlos Syndrome. The defect made his skin less flexible and stretchy, leading to tearing. It also contributed to his eye disorders, but those symptoms were easily controllable with the use of eye drops. 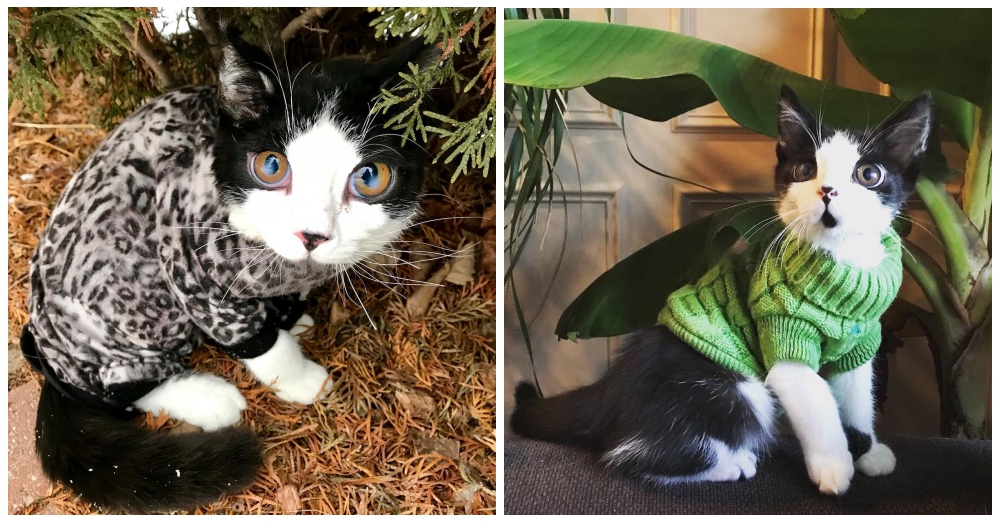 By then, Hall knew she was more than a foster mom to Porg. He had become a full-time member of her family, and she wasn’t about to give him up, even if he did require a little extra care that she hadn’t signed on for. So she set to work learning what worked best to keep Porg’s skin safe from harm.

“It has been quite the difficult learning process finding what has helped keep his skin healthy and safe, but we now have our routine down, and he has been doing great,” Hall reported. “Clothing has been incredibly important in protecting his skin so we are always looking for outfits that fit the best and provide the most coverage, while ensuring he is comfortable.”

Because of Porg’s unique medical needs, he’s become known in real life and on the internet as “The Glass Kitten.” But Porg isn’t about to let his conditions stop him from having amazing adventures!

Watch Porg play and grow in the video below!

Stray Dogs Found Raising Their Puppies Together In An Alley: Click “Next” below!