We don’t think of dogs as being fussy eaters. In fact, they’re often known to get into the garbage or drink directly from the toilet. However, sometimes they defy stereotypes and develop strange eating habits or rituals.

For one poodle, dinner time is a bit of an ordeal as he is quite particular about how his food is prepared.

In fact, Louie doesn’t like anyone else to prep his food for him except for him!

Share on Facebook
Share on Facebook
” rel=”noopener noreferrer” target=”_blank”>According to his owners, Louie likes his food to be a mix of wet and dry food. However, the dry food must be the perfect ratio, or else he won’t like it. And he doesn’t trust his owners to do it for him either. 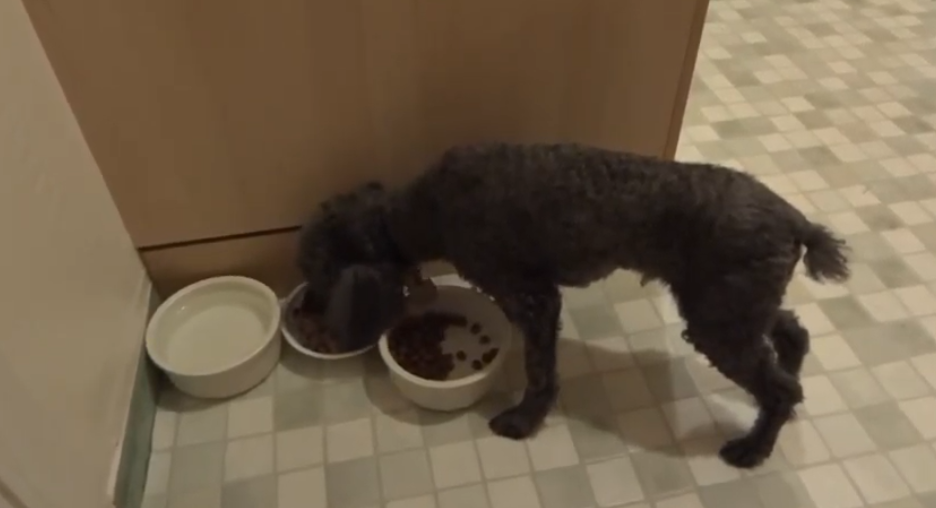 After sharing the video of their pooch’s strange habits, they noted that Louie does all his own mixing. The precious pup will scoop the dry kibble himself into his wet food before eating.

They captured his daily eating habit on camera and we are cracking up at how fussy this pooch is.

Check it out below:

What do you think of Louie’s eating habits? Does your dog do anything similar? Let us know!