Self-Sufficient Pup Plays Fetch All By Himself

Have you ever seen your dog play fetch by himself?

While some dogs will take a toy in their mouth and then toss it to fetch – a puppy was captured with a whole new technique.

Poodles are highly intelligent and active dogs. So it is no surprise that what appears to be a poodle mix created a new way to play fetch. 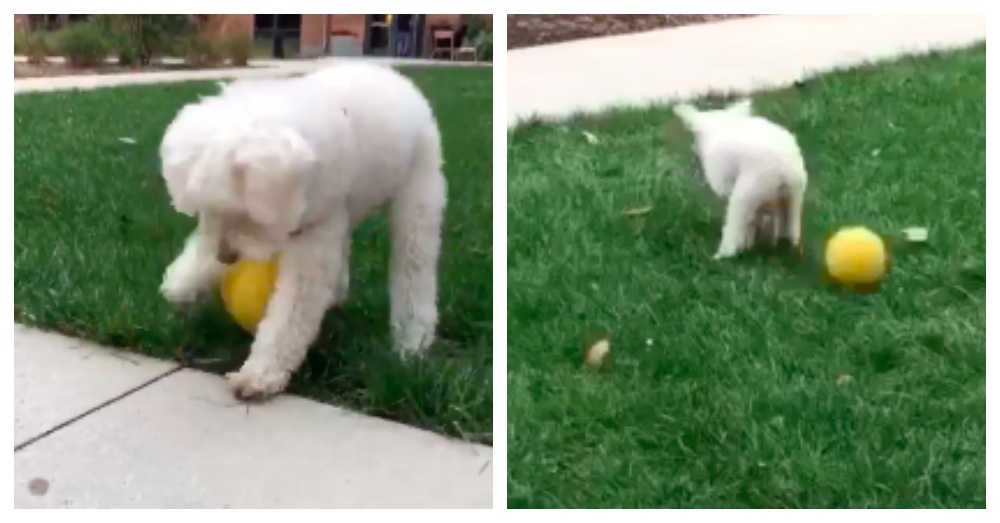 Samantha Kopacki was walking on campus at Rutgers University when she spotted the most adorable white puppy playing in the grass.

The puppy was playing by himself with a yellow ball. Instead of pushing the ball and chasing it – the puppy was pulling the ball towards his body and pushing it through his back legs. The yellow ball would fly behind him and he would spin around and chase it. 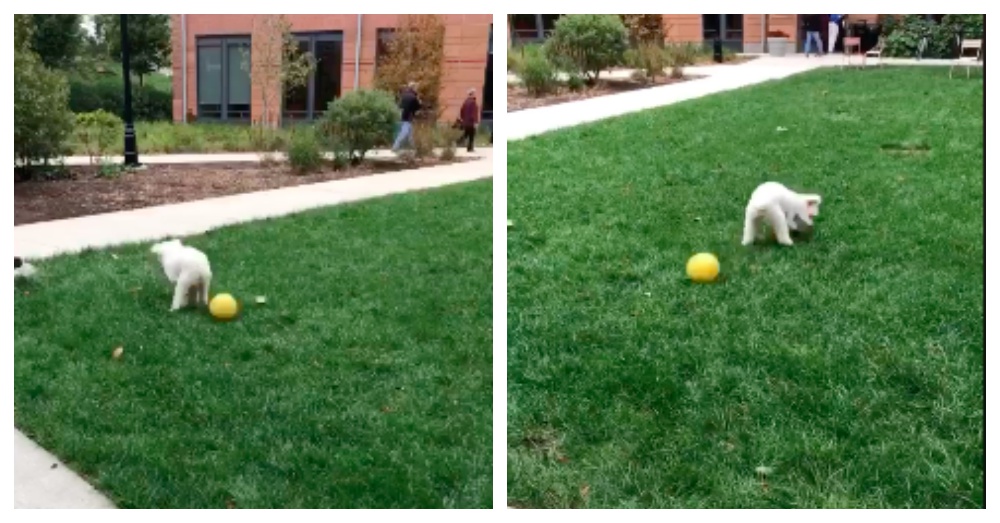 Kopacki recorded the adorable moment and could not resist giggling at the cute puppy. She greeted the pup by saying, “Hello, hello, h-e-l-l-o.” He paused for a moment to acknowledge her but then continued to play.

The little dog seemed to be schooling students on how to be self-sufficient. He aced that test! 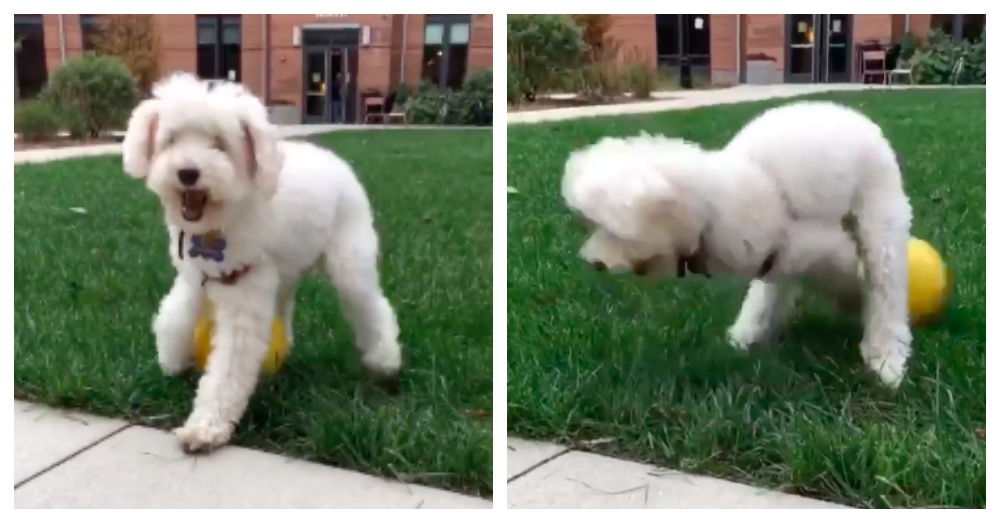 The video has made the day of thousands of people. One person wrote, “If he could get just a tad more distance, he could definitely be a long snapper for a pro football team.” Another said, “My laugh for the day. So cute.”