A Police Officer And A Puppy Fell Asleep Next To Each Other. The Story Behind It Will Make You MELT!

This adorable little puppy was running around a Florida neighborhood. She had no name tag and no owner in sight. Lakeland Police Officer Kareem Garibaldi almost hit the poor pup while he was on patrol. He took the puppy in and searched for the owner for hours, but to no avail. 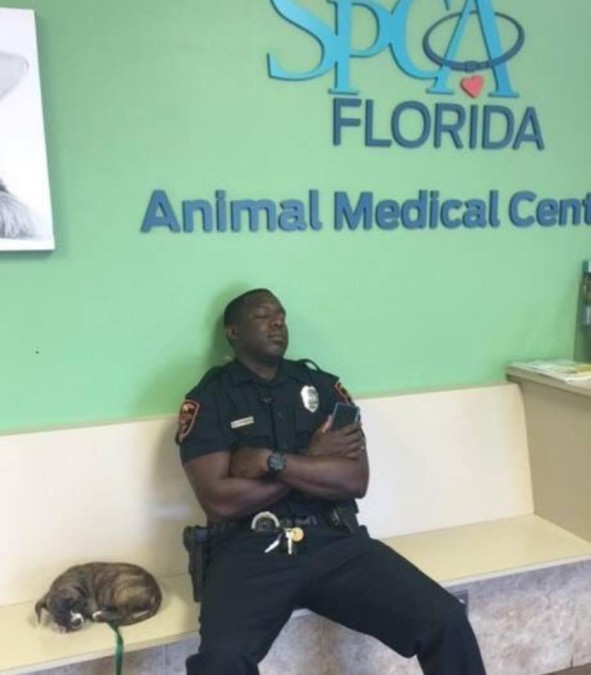 When his third 12-hour shift ended, he brought the puppy to the SPCA. He sat in the veterinarian’s office for three hours with her and wound up falling asleep next to the puppy. Manager Connie Johnson captured the photo of this heart-warming sight, and it since when viral on the Internet. The pup was given a clean bill of health, and even found a furever home with one of the dispatchers! The puppy has been given the name Hope.