Like many dog owners, Rosemary White had a guard dog to help her feel safe. Now the Detroit woman is struggling to understand why her 14-month-old pit bull was shot dead simply for keeping his house and humans safe. “Chino was my protection,” the Detroit woman told WXYZ.

Chino was in his yard when a police officer and her K-9 partner approached the dog’s 6-foot tall wrought iron fence, which was also marked with a ‘Beware of Dog’ sign. Somehow, the dogs (who could fit their heads through the slats) became involved in a scuffle, although isn’t quite clear which dog started the encounter. Regardless, Chino managed to grab the police K-9 by its muzzle, according to camera surveillance footage, and refused to let go. This led the officer to fire her gun at the pit bull, shooting and killing the dog as his family helplessly looked on. 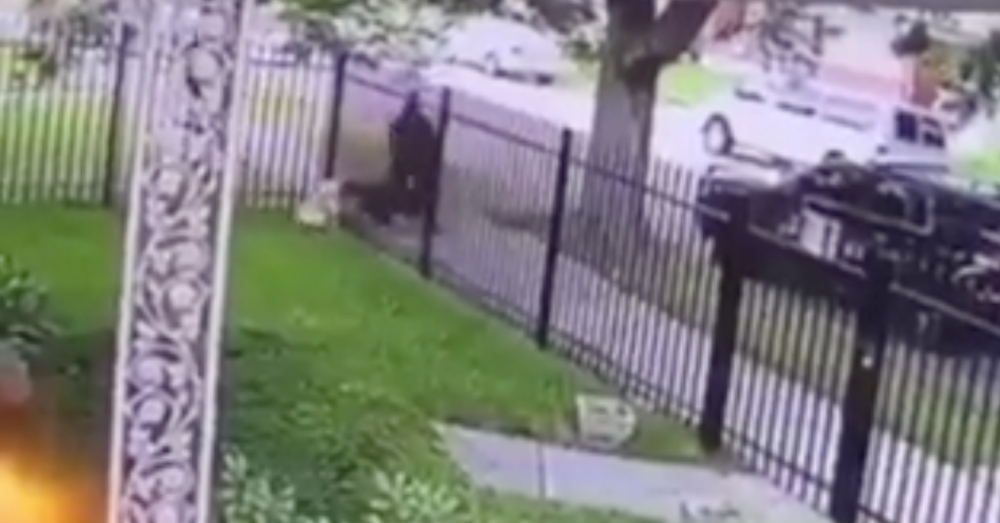 But although the facts of the case remain undisputed, it’s the officer’s use for deadly force that has the country divided. The Detroit police department has insisted the officer was just protecting her K-9 partner, and blamed Chino’s owner for buying a fence dogs could slip their heads through. But the community sees it differently, so much so that the officer has received 600 death threats from outraged residents who see police acting above the law, according to WXYZ.

“To blame the victim is absurd in this case,” said White’s lawyer, Jonathan Marko, who is filing a wrongful death lawsuit against the City of Detroit, as well as the officer who killed Chino. “What do you expect a dog to do when you go on its property?” 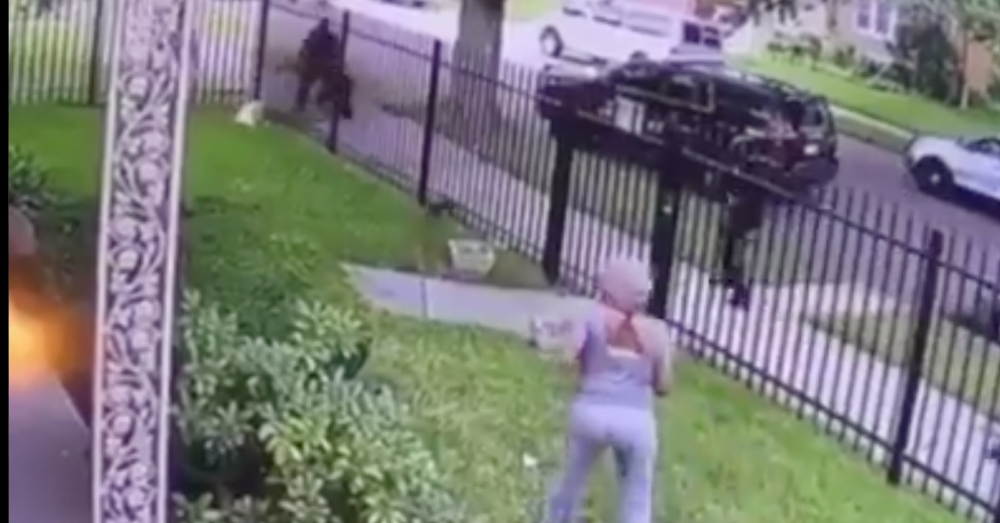 The lawyer also questioned why officers, who were searching the neighborhood for a weapon used in an unrelated robbery, didn’t give Chino’s owner time to secure the dog before approaching the yard. “There was no mace. No baton. No pepper spray,” Marko said. “It was almost too cruel the way it was done. They could have given them a couple minutes to take the dog inside. There was no emergency. No exigent circumstances.”

A Detroit police officer shot someone’s dog that posed no threat inside its own fence after he lost control of his own K9.

This officer should be held accountable. He should be fired and prosecuted. pic.twitter.com/28D4TuiMmy

But police maintain their officer was simply protecting her K-9 partner, who was clearly endangered when the pit bull grabbed its muzzle. “She had no other choice,” Detroit Police Commander Darin Szilagy countered. “She deployed her department issued weapon and fired one shot, dispatching this animal to protect her K9 partner.”

Who do you think? Was the officer’s use of lethal force justified, or should Chino’s killer be held accountable? Let us know in the comments!