A fisherman spotted a humpback whale stranded on a beach in Qidong in the Jiangsu province of China.

The 20-foot long whale was also covered in wounds and was in dire need of help. If it stayed beached any longer, it would have died. 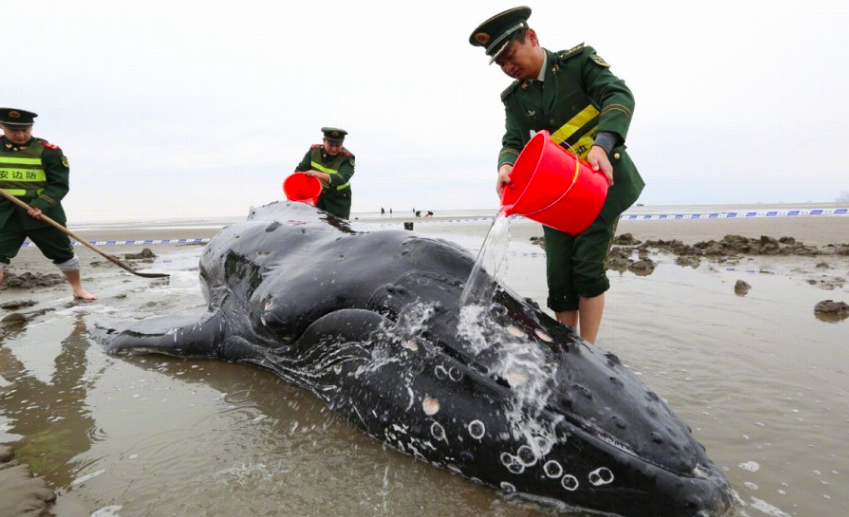 Thankfully, the fisherman quickly called police to assist in the rescue. The police arrived and spent the next five hours tending to the whale. The police waited for high tide and gave him special care in the meantime. Rescuers kept pouring buckets of water on him to help keep him breathing and to keep his body at a normal temperature.

Once high tide came, police worked together to start moving the whale as the water rose around him. Since the whale was too heavy for them to move fully into the water by hand, they used a boat to pull him farther in. 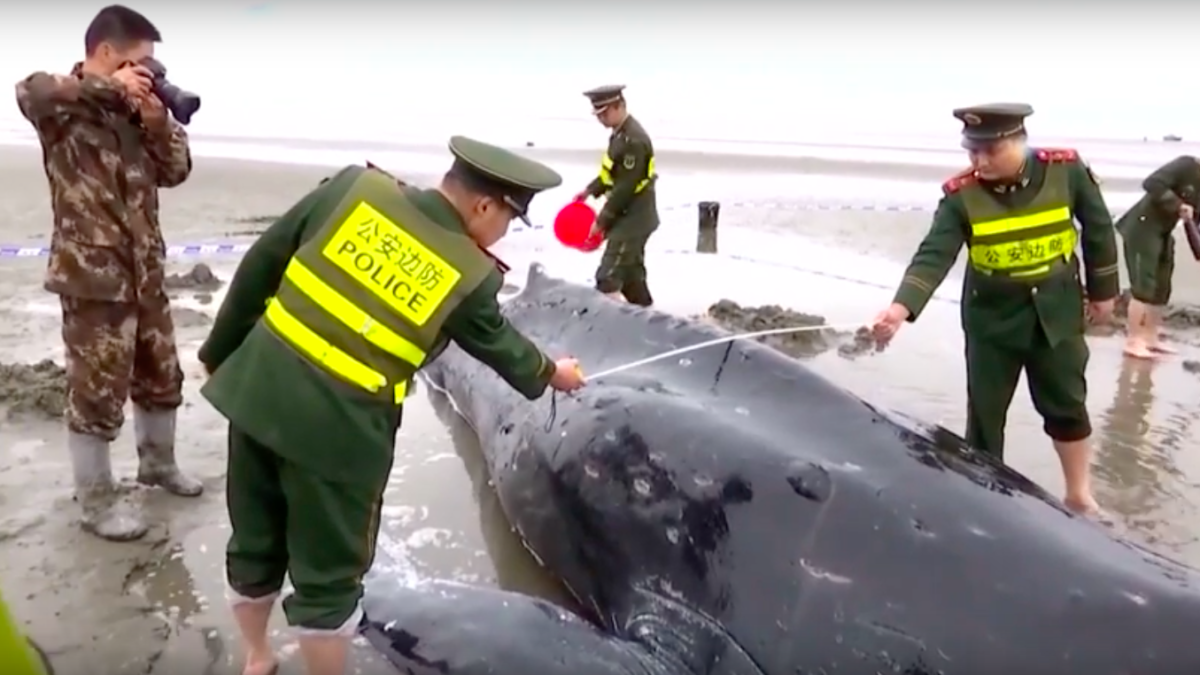 The whale was successfully returned to the sea. Experts believe he was around five or six years old. And now thanks to the fisherman and the police, this whale will have many more years.

Sadly, thousands of whales, dolphins and porpoises get stranded on coastlines around the world every year. If they aren’t responded to rapidly, they will become distressed and eventually die.

The exact reason these animals are beached each year is unknown, but there are many possibilities that experts believe could be why. They could be old or unwell, or suffering from injury from boats or entangled in fishing nets. Errors in navigation could also be a cause, along with noises from military exercises or even pollution in the water.