The New Zealand police are introducing their new “Mako” stab-resistant vests for police dogs. Their models include an adult German Shepherd K9 named Ike, and two K9 puppies, Kuba and Loki. Ike can be seen wearing the vest, going through an obstacle course with hoops and hurdles. But it was Kuba and Loki who stole the show. The pups play with each other and seek attention from Ike, who doesn’t seem too interested. 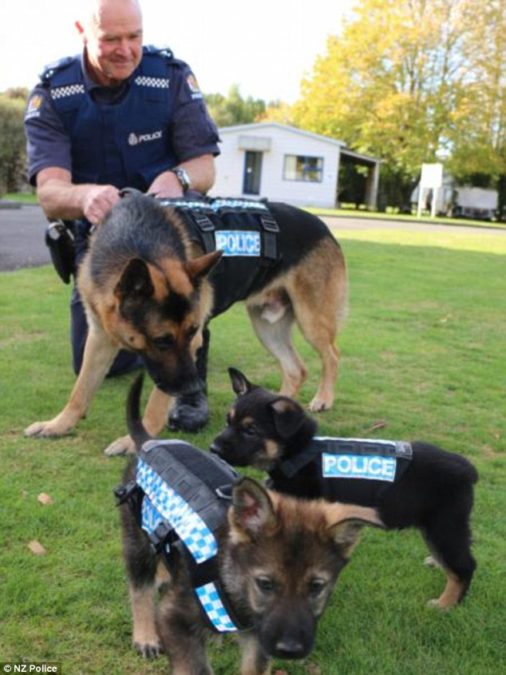 The vests are made from two layered polymer panels to shield a dog’s vital organs from stabbing and slashing. Each vest includes Velcro and loops for attachments, such as a light or GPS unit. A camera attachment may be introduced in the future. The vests were presented to patrol dogs last month, and by October, all 130 patrol dogs in New Zealand will be sporting these protective vests. Check them out in the video below: