Eight-year-old German shepherd Wangwang retired from the police department in 2019, but she still remembers her service.

She remembers her handler, too.

Wangwang previously worked with the Xichuan Police as a sniffer dog at security checkpoints in Henan province, central China, the Daily Star reports. 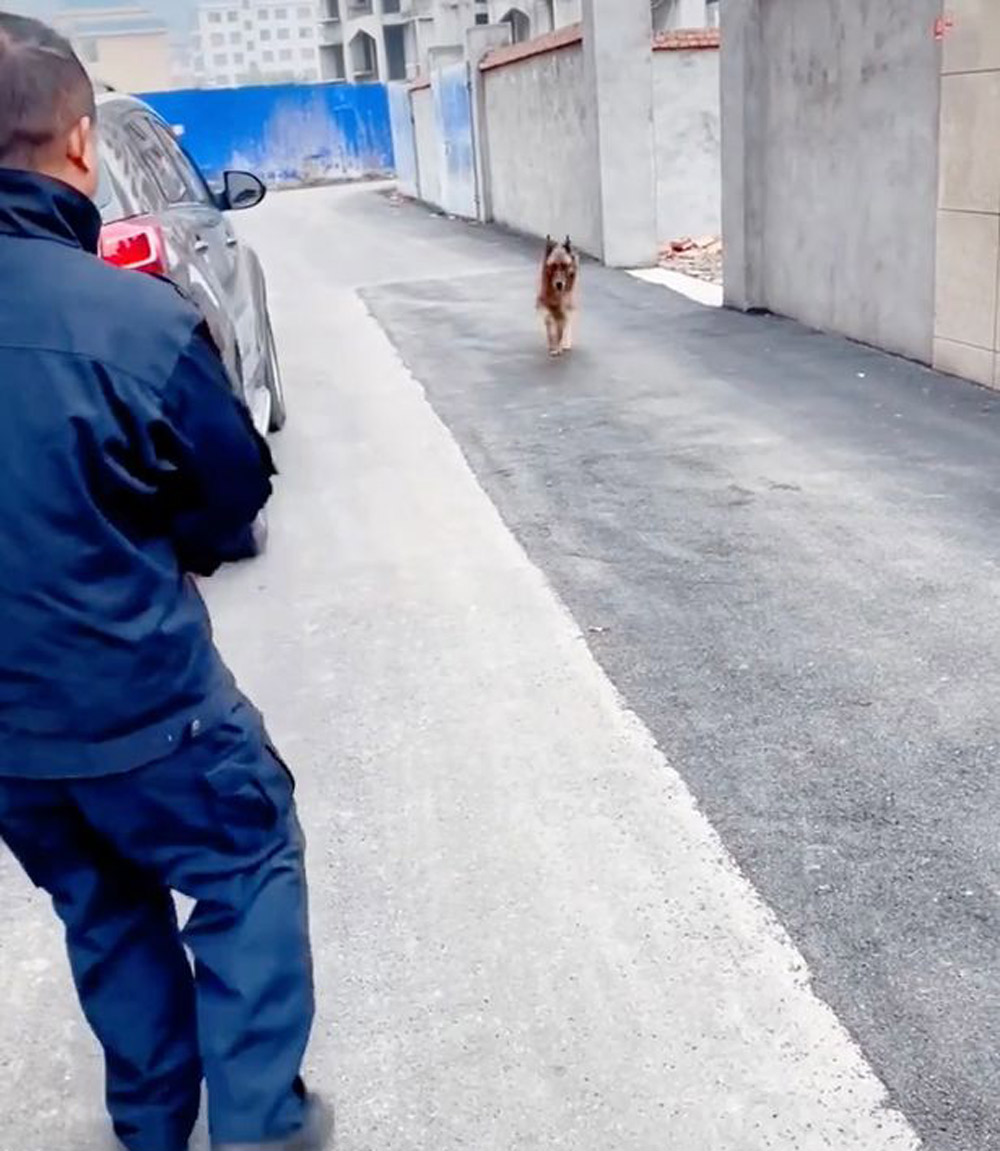 Source: YouTube/The OverSeaTV
Wangwang reunites with her former handler after over a year.

After retiring, Wangwang was adopted into a new home, but that meant saying goodbye to her handler.

“Police dogs are generally well fed at the training centre but our officers could not dedicate their time to play or exercise with retired dogs,’ Xichuan Police explained. 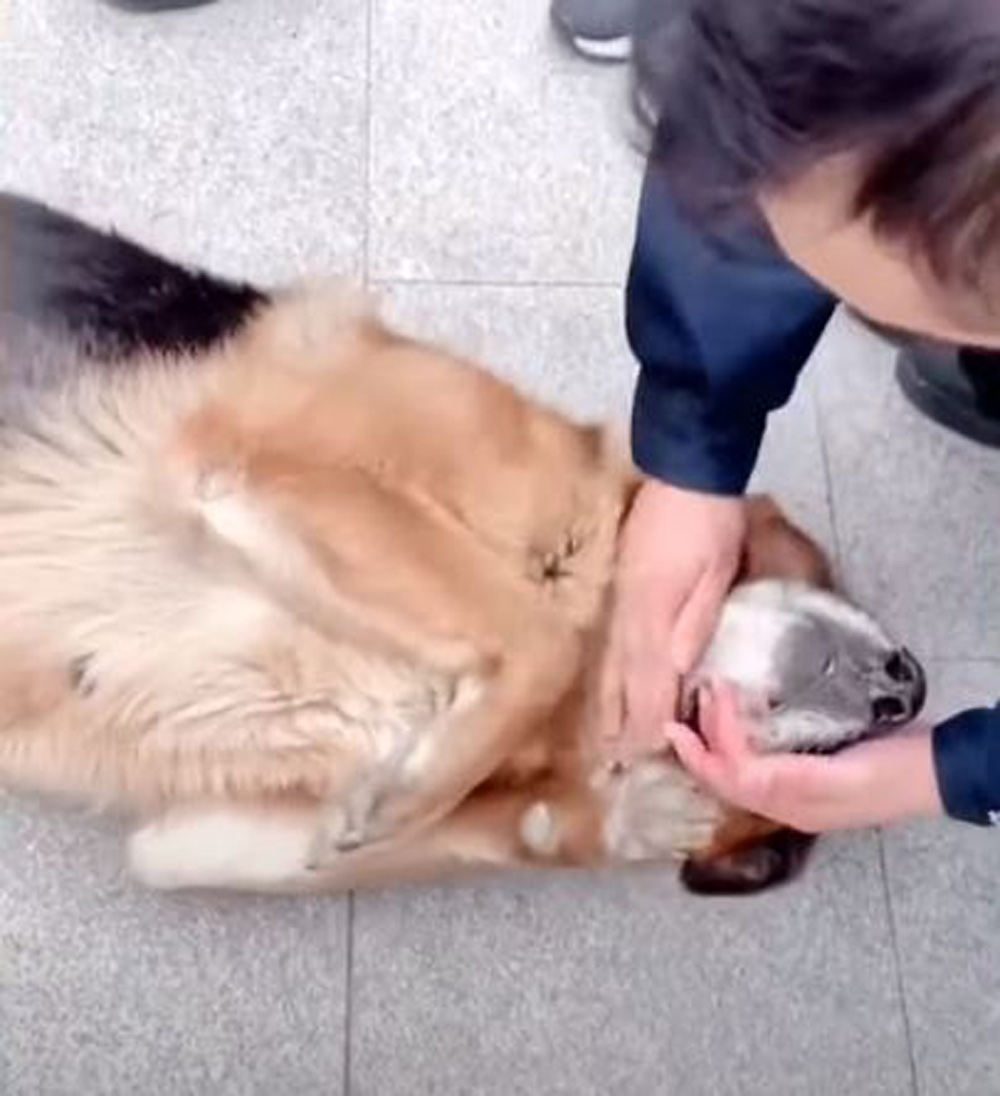 Source: YouTube/The OverSeaTV
Wangwang was so moved by the excitement, she broke down.

When Wangwang was reunited with her former partner, the emotions were so overwhelming that the dog broke down and cried.

Xichuan Police shared a video of the reunion on Douyin, a Chinese social media platform like TikTok. In the video, Wangwang runs up to her old friend and soon winds up rolling on her back enjoying some friendly belly rubs.

All the while, Wangwang’s eyes were welling up. 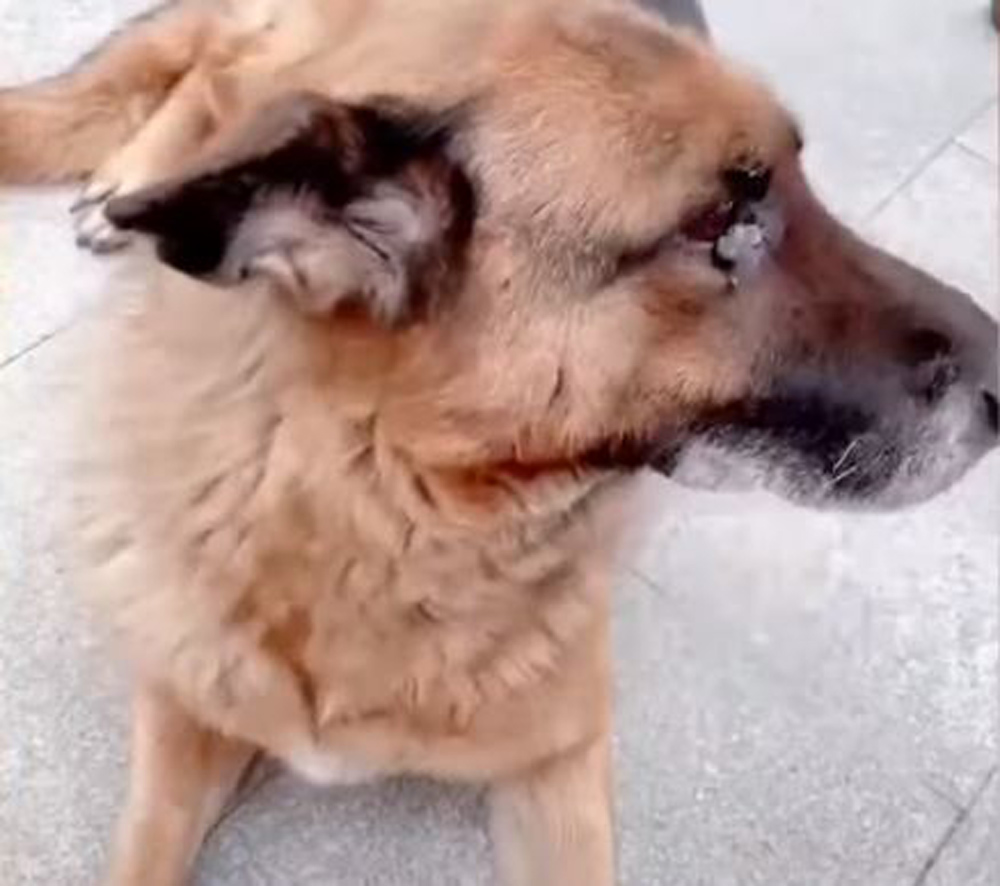 Source: YouTube/The OverSeaTV
Wangwang was so emotional she started crying.

“The dog is welling up. Dogs are really loyal companions, please treat her well!” one reader commented.

“Wangwang’s hair is turning white but she is well fed, she is getting fat,” the post was captioned.

“You can tell how much Wangwang misses her handler. You can understand when the dog greets you belly up,” another wrote. 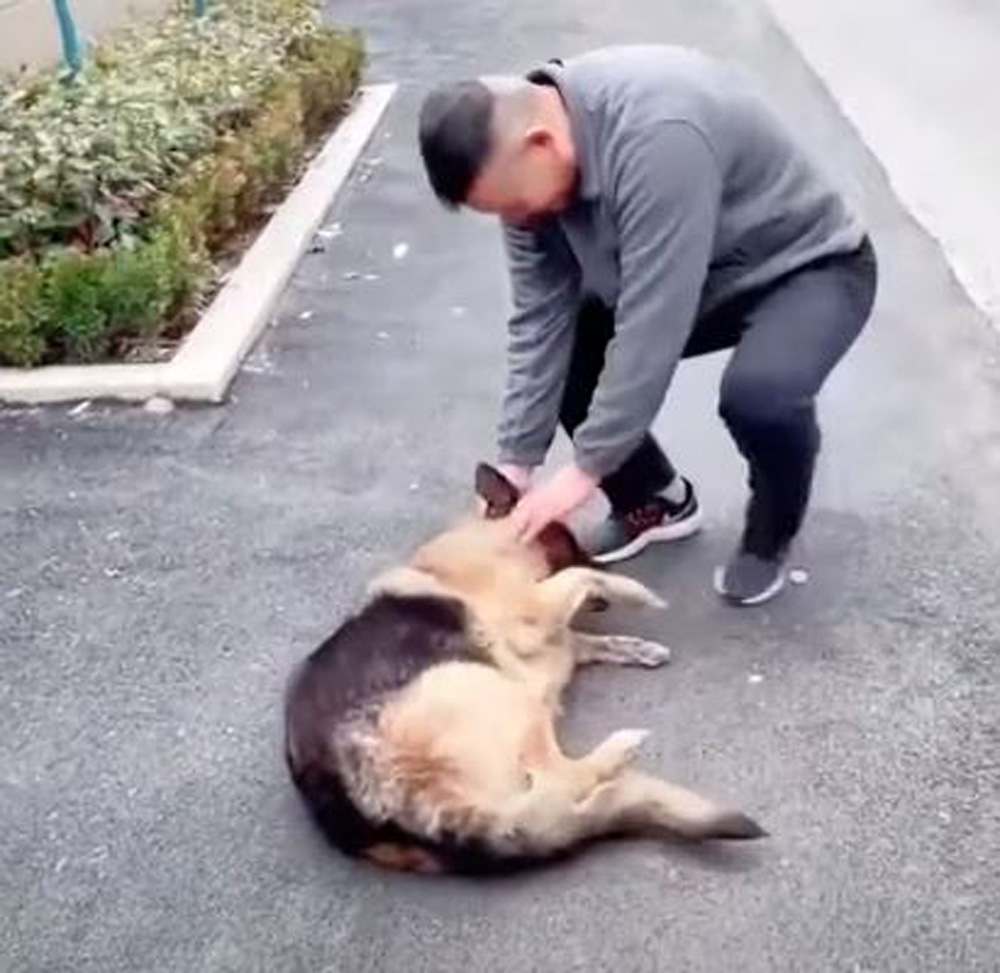 Watch Wangwang’s tearful reunion in the video below.