In May 2018, police officers in Troy, Michigan, arrived at an important decision. In addition to fighting crime, they would recruit a feline “pawfficer” to boost community outreach, improve morale, and promote adoptable kittens and cats living in crowded shelters across the country and state. Plus, pets reduce stress, and policing is hard work. Who wouldn’t benefit from having a de facto therapy cat around?

The department’s first recruit, Pawfficer Badges, seemed perfect for the role. The tiny rescue had been living at the Michigan Humane Society in Westland, where she was nominated (along with four other kittens and a cat) for the job by shelter staff impressed by her good behavior. Badges was ultimately chosen to become the department’s first feline officer.

Sadly, Pawfficer Badges’ good fortune wouldn’t last. Shortly after the kitten was rescued from the shelter and sworn into her new role, she was diagnosed with feline leukemia and forced into early retirement. Another kitten, Pawfficer Donut, took Badges’ old job.

Meanwhile, Badges was transferred to Leuk’s Landing, a non-profit animal sanctuary for cats and kittens living with feline leukemia (FeLV). Although highly-contagious among cats and kittens, and a leading cause of feline cancer and other infections, FeLV-positive cats can go on to live happy and healthy (albeit slightly shorter) lives. Even so, a feline leukemia diagnosis is often an immediate death sentence in traditional shelters, which is why Leuk’s Landing was first founded in 2007.

For the next two years, Badges would get to cuddle, play, and nap with her siblings, Lt. Kel and Miranda Rights, and dozens of other FeLV-positive cats at the Michigan facility. But although she was never lonely, Badges’ health would ultimately take a turn for the worse. Following chemotherapy treatments, Troy’s first “Pawfficer” passed away at the tender age of two. 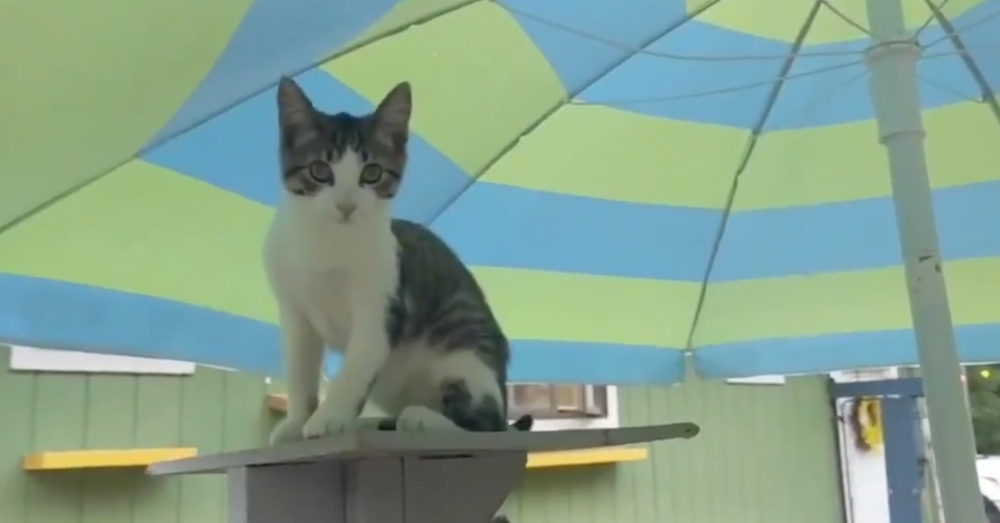 “Badges was lovingly cared for by the people of Leuk’s Landing Inc. for her two years of life and we are very grateful to them,” officers wrote in a touching tribute to the first member of their inaugural feline unit. “She was undergoing chemo at the time of her passing. If you would like to support them and learn more about their mission — leukslanding.org.”