When Pocket the goat was born without back legs, his owners didn’t know if there was any hope for him, or if they should put him down. So they turned to Facebook to seek advice. 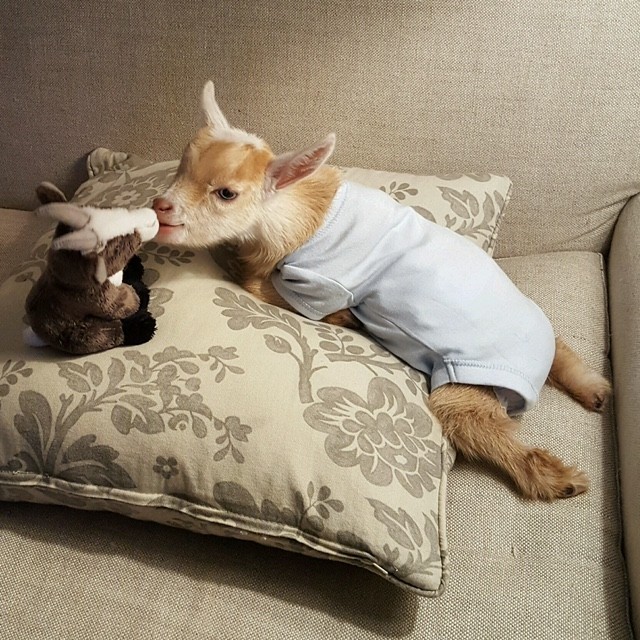 Someone forwarded the post to Leanna Lauricella, founder of Goats of Anarchy, a rescue group in New Jersey that cares for special needs goats. Lauricella then contacted the owners who agreed to give him to her. 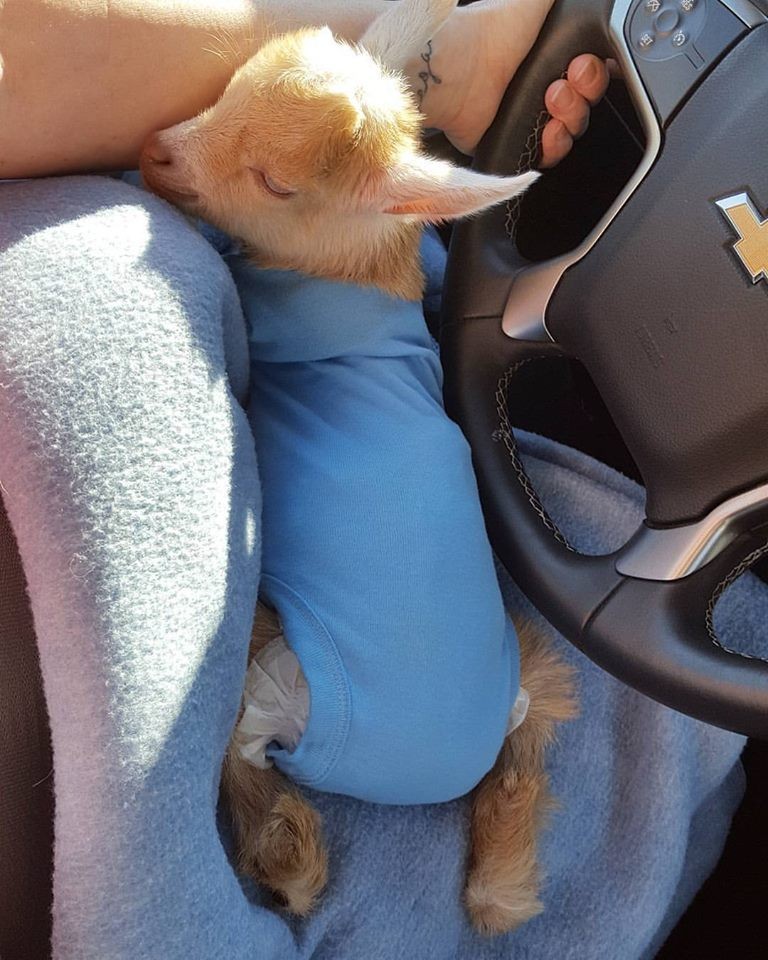 The tiny little goat was only five days old, weighing just two pounds. They fittingly named him Pocket, because he could fit inside of one. 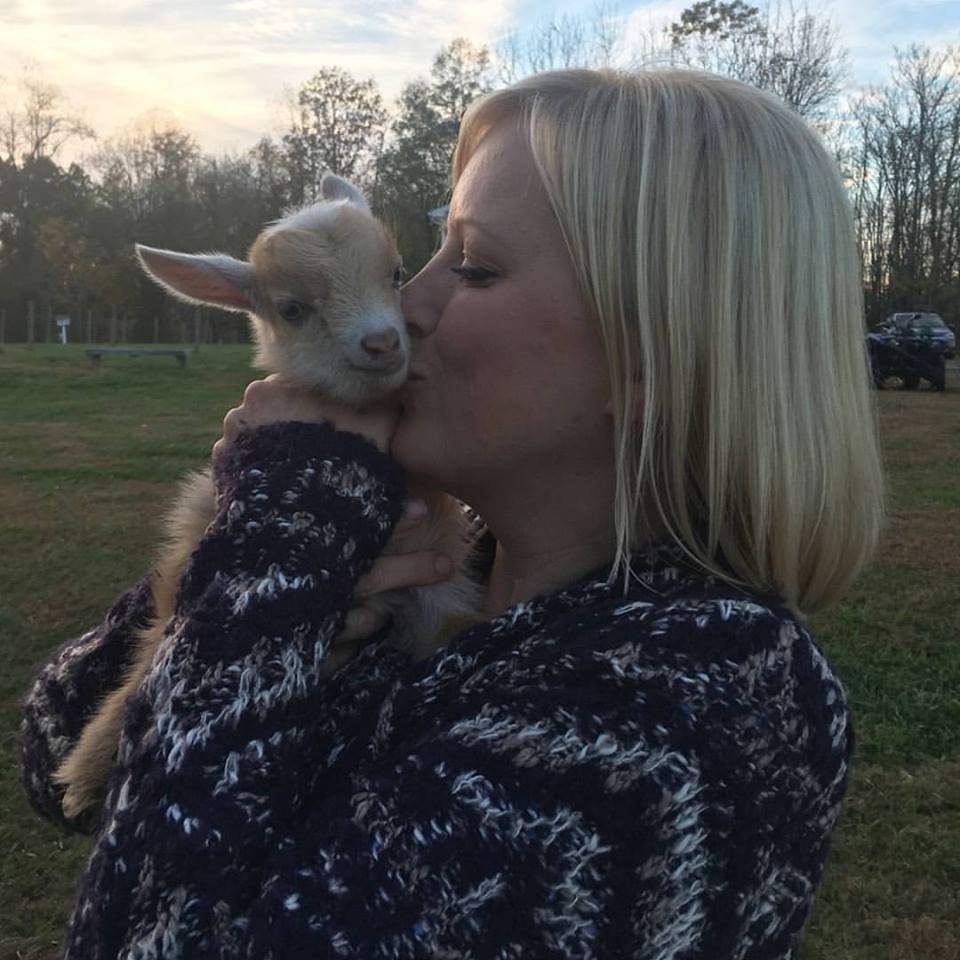 Pocket was a healthy little goat, but his legs were very deformed. His hind legs were cut off from the knee down, but on each back foot he has a tiny little hoof. He also had to have his front legs splinted because, although they’re normal length, they were bent. But since he was young, they straightened out in no time. 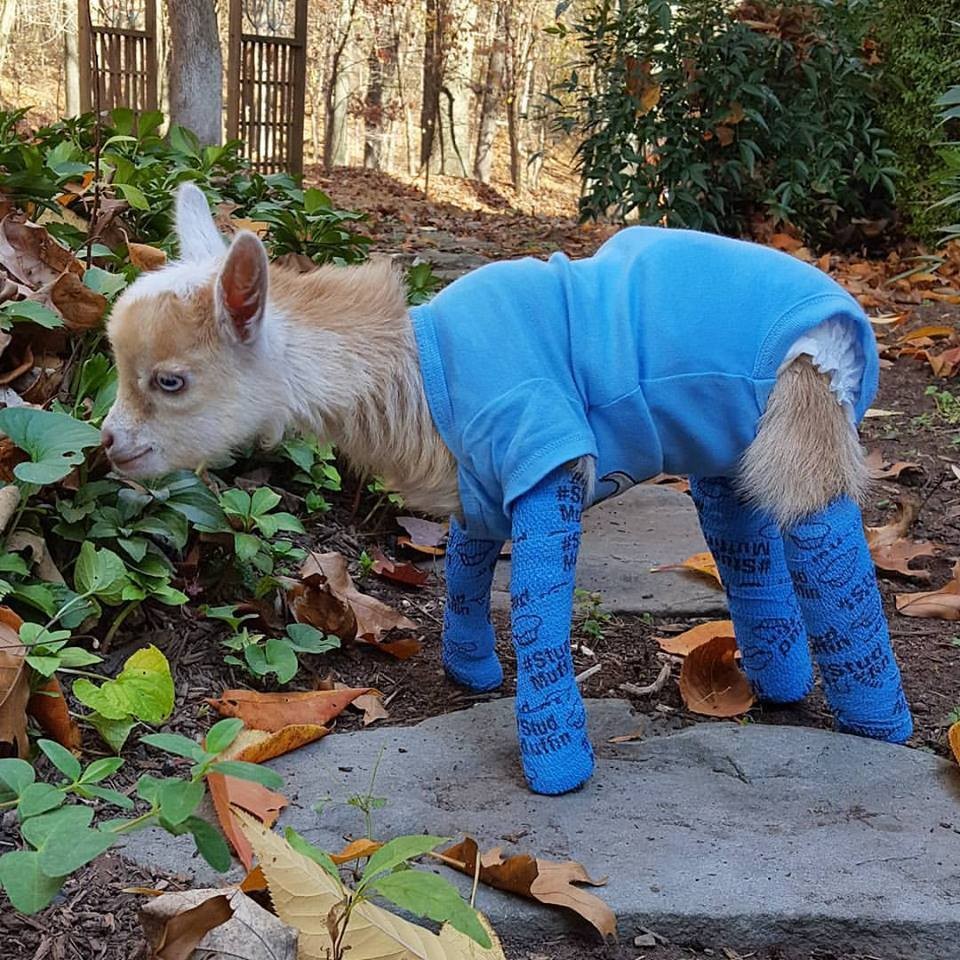