An extremely rare family of three white giraffes (bull, female, and calf) roamed freely on a reserve in Kenya, until two were killed by the most ruthless predators – poachers.

Their unique white coloring was caused by a genetic condition called leucism. Animals with this condition, while rare, lack pigment in their skin but can still have dark eyes. The light coloring makes the animals an easier target because they cannot camouflage into their surroundings. 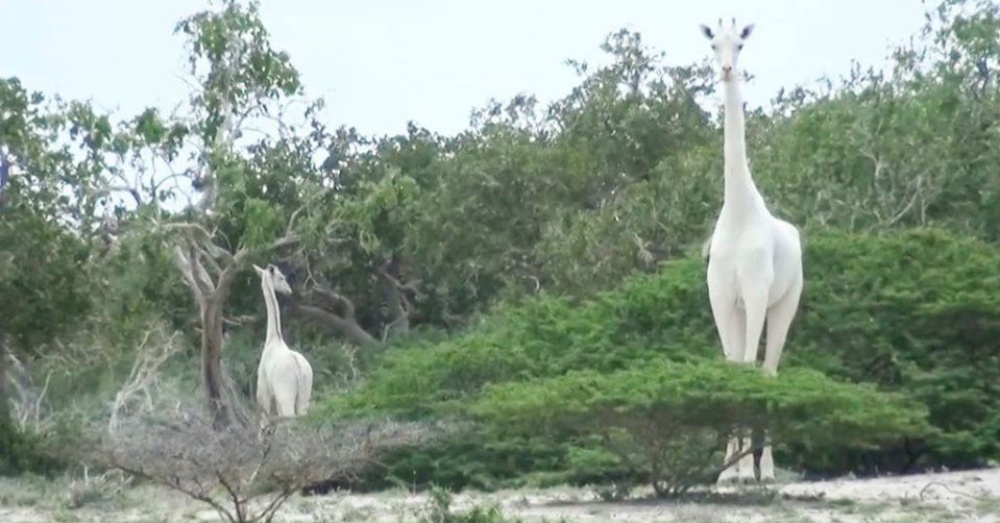 Rangers first spotted and photographed the white giraffes in 2017, and the news went viral. The calf was born last August and like many other newborn giraffes, died before his first birthday. Giraffe Conservation Foundation said 50% or more of newborn giraffes will not making it through their first year due to predators like lions, leopards, and poachers. 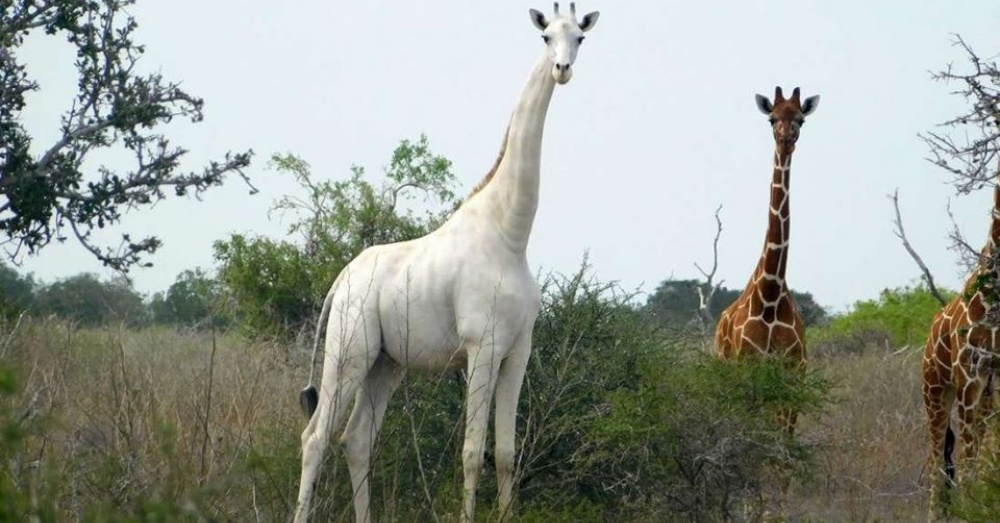 Rangers of Ishaqbini Hirola Community Conservancy confirmed the deaths after finding the bodies of the female and her calf in a village in north-eastern Kenya. Mohammed Ahmednoor, manager of the conservancy, said in a statement, “This is a very sad day for the community of Ijara and Kenya as a whole. We are the only community in the world who are custodians of the white giraffe. Its killing is a blow to tremendous steps taken by the community to conserve rare and unique species and a wakeup call for continued support to conservation efforts.” 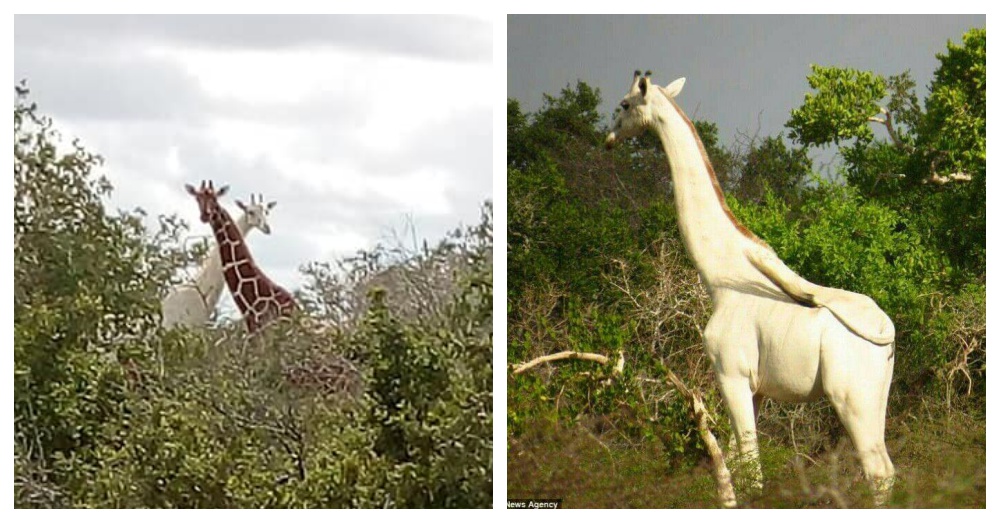 The press release also said, “According to images sent in by the community, the giraffe was in a skeletal state after being killed by armed poachers.”

The Kenya Wildlife Society is investigating but the poachers have not yet been identified. Conservationists believe the last remaining white giraffe in the world is the lone bull. “After this incident, only a lone bull remains,” said Ahmednoor.

Admire their beauty in the video below posted by National Geographic after they were first sighted. You will never be forgotten.