Dogs are man best friend. They’re also some of the best allies endangered species in South African sanctuaries have in the fight against illegal poaching.

Braman never expected he’d be working on a wildlife preserve growing up in the Lone Star State, but the job fits ge and his dogs well.

“Just think about it,” Braman says. “If you spun a globe and threw a dart and it stuck, what’s the odds you’ll find a low-key guy in southern Texas’s coastal bend gettin’ picked to stop the extinction of a species?” 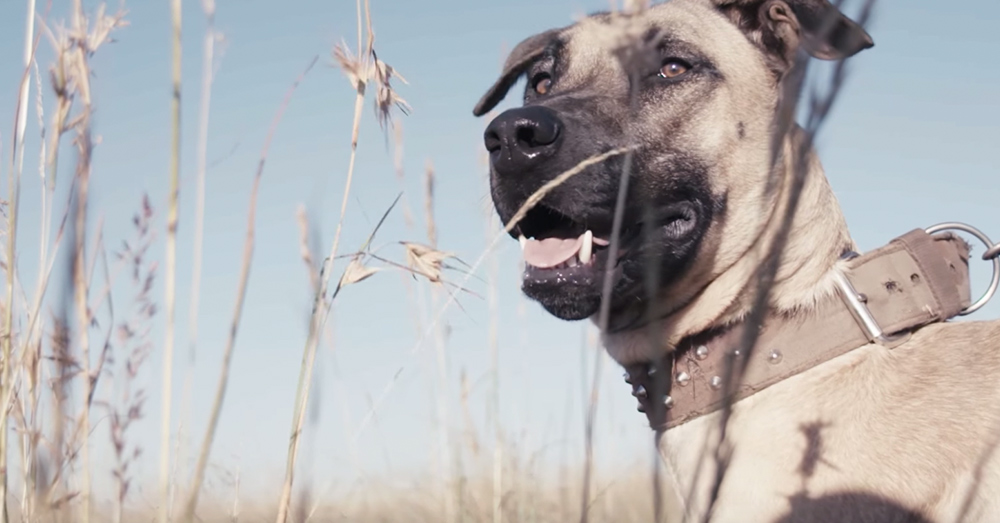 Source: Youtube/Earth Touch
Hounds are being used to track poachers on wildlife conservancies in Africa.

The odds may be slim, but the job is important. An estimated 8,000 rhinos were victims of poachers between 2008 and 2018. The poachers are only after the horns, which can fetch close to $250,000 on the black market. They typically leave the rest behind, so it’s not uncommon to find the dead and mutilated carcass of a hornless rhino where poachers have broken into the park.

Braman and his dogs were initially brought to South Africa after seeing a video of a rhino that had been slaughtered by poachers. As Braman watched the massive animal die a slow and painful death, aspirating on its own blood, he became angrier and angrier.

“I don’t think I have ever seen anything as horrific,” he says. “I believe in reaction. You do something—that means I’m gonna do something twice as bad to get you back. Some of these people are recklessly killing two or three rhino a night. That’s a war. And all is fair in war.” 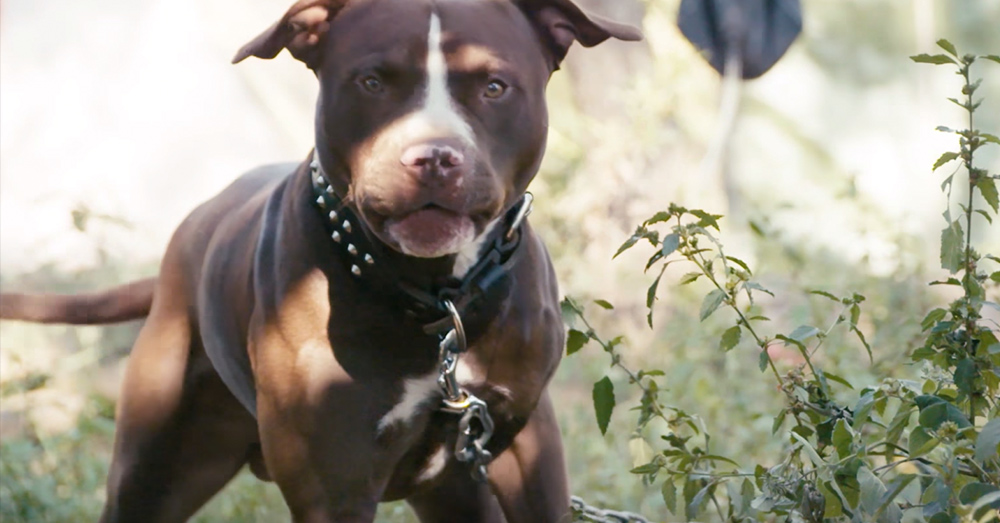 So, he got to work. Braman and his colleague Zeke Ortiz spent a few months training black-and-tan coonhounds, blue ticks, and red ticks, before loading them into helicopters for the trip to South Africa.

“My dogs had never seen an elephant before—never seen a lion. Never been in a helicopter,” he told Nat Geo.

But it didn’t take long for them to pick up a trail once they landed at Kruger National Park. The dogs shot off across the savannah, running nearly 10 miles before they cornered four poachers. 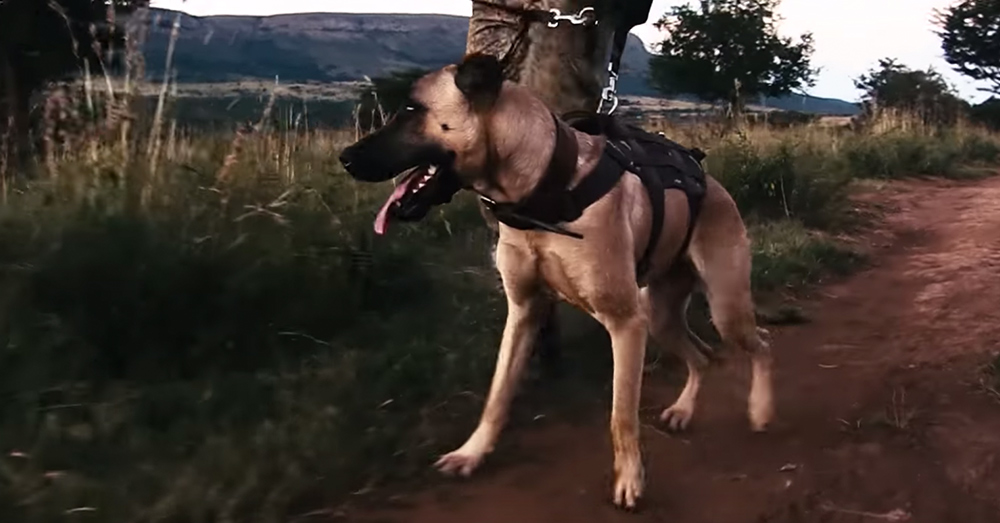 Source: Youtube/Earth Touch
These dogs are chosen for their genetic characteristics, and ability to learn.

A helicopter pilot who had been following the dogs radioed Braman to let him know.
“The poachers were striking them with sticks!” Braman says. “In my mind, I’m still in Texas. And I’m thinkin’, I hope they bite ’em! But the dogs didn’t. They just surrounded them: bark bark bark! We arrived, and my dogs had a guy under a tree. And we took [the poachers] into custody. Everyone was in disbelief.”

Today there are around 20,000 white rhinos and about 5,000 critically endangered black rhinos in Africa, with at least 80 percent of them in South Africa. Many of them are found in the Kruger National Park, but dogs are used throughout the continent to help protect them. 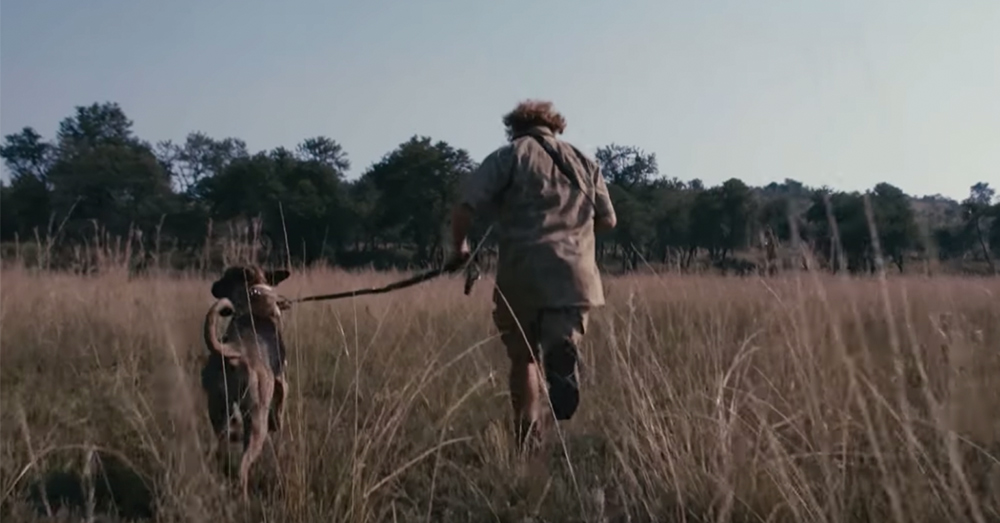 Source: Youtube/Earth Touch
Some dogs are trained to track and attack poachers.

At the Ol Pejeta Conservancy in Kenya, only two rhinos have been poached in the last three years thanks to the trained dogs used to protect them. According to the Independent, dogs have brought incidents of poaching down by as much as 72% in some areas of the conservancy.

“Triple role” dogs, those that can search and track poachers and assist in apprehending them, are helping the conservancy protect its endangered residents even at night, when poachers are becoming more active. Dogs have been used to track poachers for years, but not until more recently have they been used to attack the criminals. 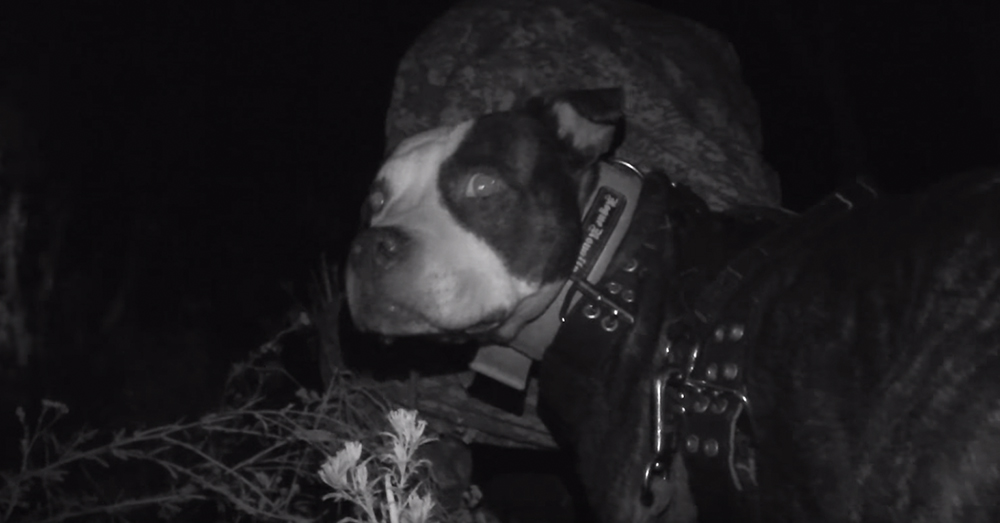 Source: Youtube/Earth Touch
The dogs are being deployed at night, when poachers are most active.

According to Braman it’s all part of their natural instinct, brought out with the right training.

“It’s all about intimidation!” he says. “If a dog starts attacking you, the first thing you’re gonna do is throw the gun and climb a tree.”

That’s when it’s easiest to take a poacher into custody. 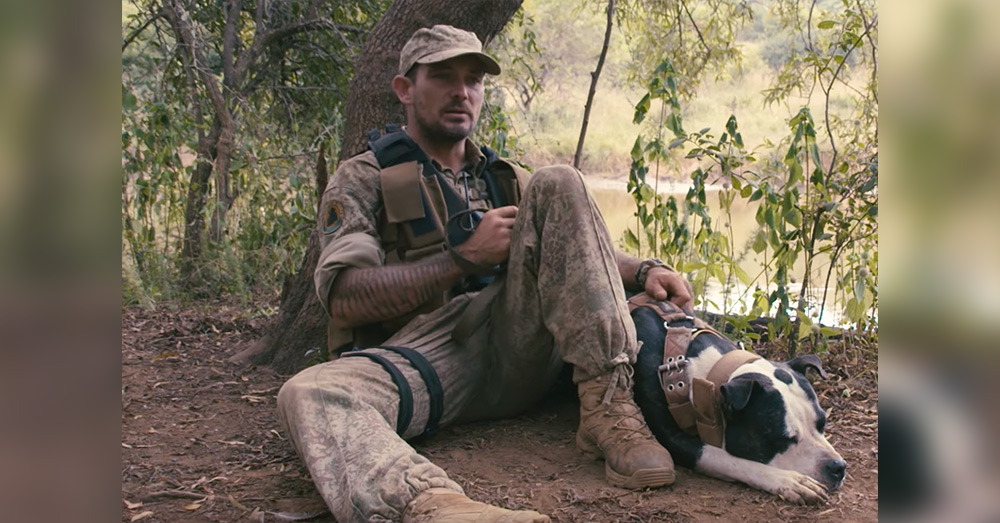 Source: Youtube/Earth Touch
The dogs and their handlers must be prepared to meet poachers who often show up armed.

Still, training a hound to give in to that aggression is not always easy. In fact, Braman says, it’s “one of the hardest things in the world.” All the more reason to start the training early. As early as 12 weeks after birth, in most cases.

The dogs can sense poachers from up to a kilometer away; they have an adept sense of smell, but without intensive training from just a few months old, they may not be as focused.

Training programs like Southern African Wildlife College and Animals Saving Animals are preparing these dogs for an important job. They are saving the lives of some of the most threatened animals on earth. It’s not an easy job, by any means. Poachers are always armed, and that means gun fights can break out when they are cornered. 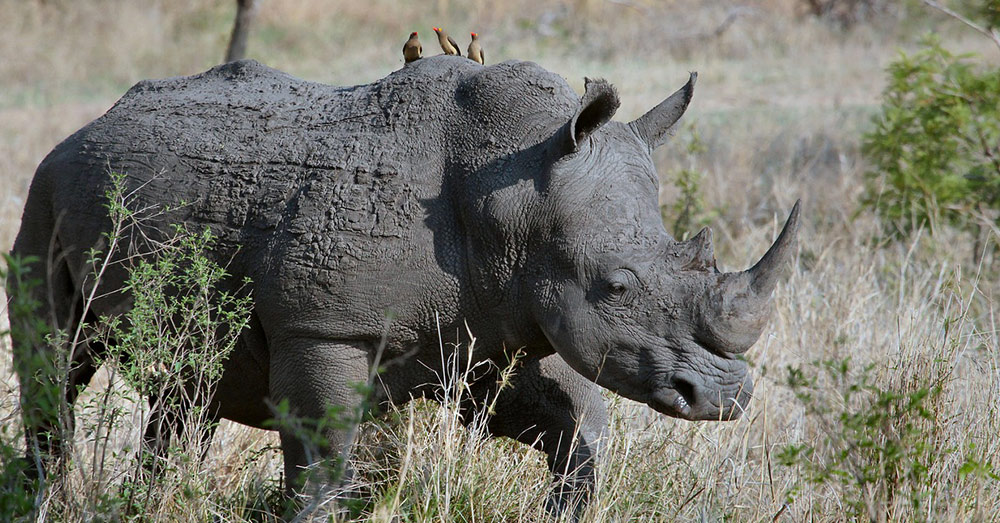 Source: Pixabay
There are just a few thousand rhinos left alive in Africa.

Rangers may call in helicopters to drive off dangerous predators, National Geographic reports, and armed support in case a fire fight erupts.

“It’s a high-risk job for human and dog,” says trainer Johan Van Straaten. “But with training and with standard operating procedures, we try try to minimize the risk.”