Poaching is one of the biggest threats to the survival of our planet’s most endangered creatures. In many cases, rare animals are slaughtered for their horns or other body parts, their bloodied carcasses left behind.

The evidence is never pretty, but a recently leaked photo showing a man punching a captive tiger in the face sheds light on just how low poachers are willing to go.

According to the Daily Mail, the poacher worked with a gang in Southeast Asia, targeting forests for rare and endangered animals. Once killed, their targets are mutilated and dismembered to make trinkets and medicines that are sold on the black market. 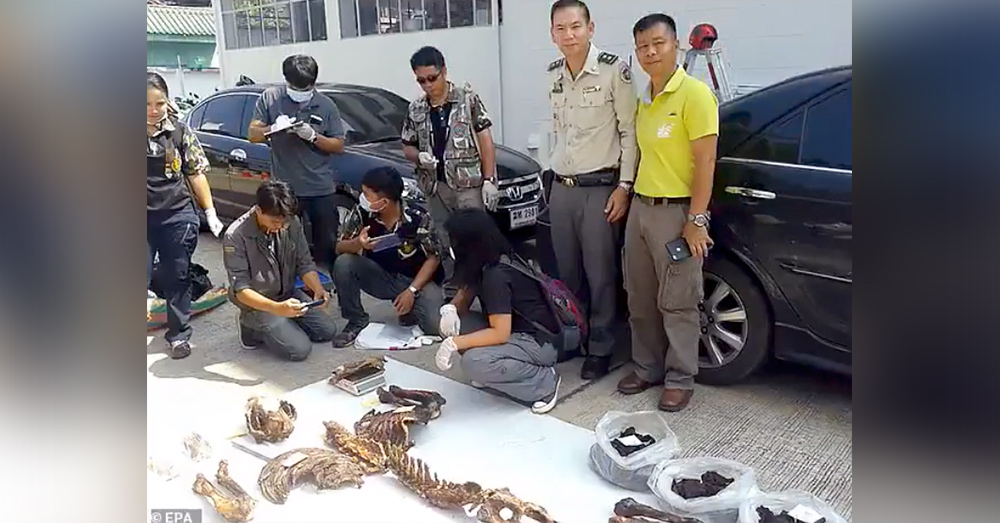 Someone used a smartphone to take a photo of the poacher punching the tiger. After the image was leaked, wildlife officials in Thailand initiated what would become a three-month investigation into the gang.

They claim to have found them, too. 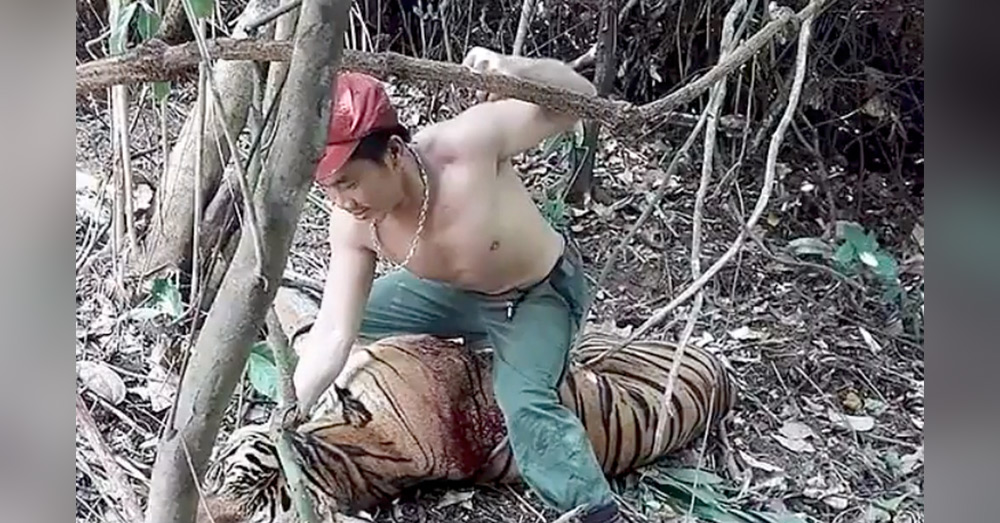 Source: YouTube/Daily News TD
An image found on a poacher’s smartphone shows a member of a gang punching a tiger.

Two Vietnamese members of the gang were arrested in October 2018 in northern Thailand when a hired driver alerted police to their suspicious cargo. One of them had the image of the poacher punching the tiger on his phone, which sent authorities searching for the others.

A digital forensics team found the gang had connections to Thailand, Malaysia, and Myanmar, where they were specifically targeting tigers for their skeletons and claws.

“Tiger skeleton is the crucial ingredient for making a tiger bone liquor which is believed to be a health and sex medicine for elders. Bear claws are used to be a lucky amulet for virtue and fame,” said Petcharat Sangchai, director of the NGO Freeland which carried out the investigation. “This gang has been removed as a threat, but we should be aware that whoever employed them may dispatch more hunters to kill our country’s tigers. Police, rangers and the public must remain vigilant.”