If You Need Some Cute, You’ve Come To The Right Place!

Orphan fox cubs are having some playtime and I’m about to lose my mind from cuteness overload!

Watch as they jump around, play hide and seek and even take a moment to take a peek at their foxy neighbors. Another litter of orphan fox cubs live right next door and there’s a mesh window so they can sniff each other out and say “hi.”

The goal is to get them to know each other so they can all be put together and live happily as a pack. Aren’t they adorable??? 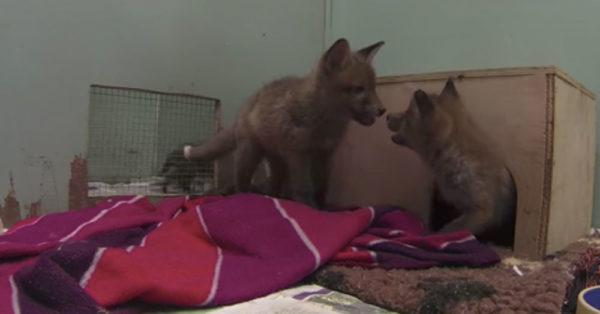 In the meantime, watch the fantastic fox action below!