They Moved And Tossed Their Dog Outside With Their Trash. But Now, He’ll Be Someone Else’s Treasure

A picture of an abandoned Pit Bull sleeping on a mattress outside the Detroit home of where his former owners allegedly abandoned him traveled quickly around the internet.

The woman who took the photo and posted it on Facebook was a neighbor of the family. She said the family returned home to get more belongings, but left behind what should have been their most beloved one: their dog. 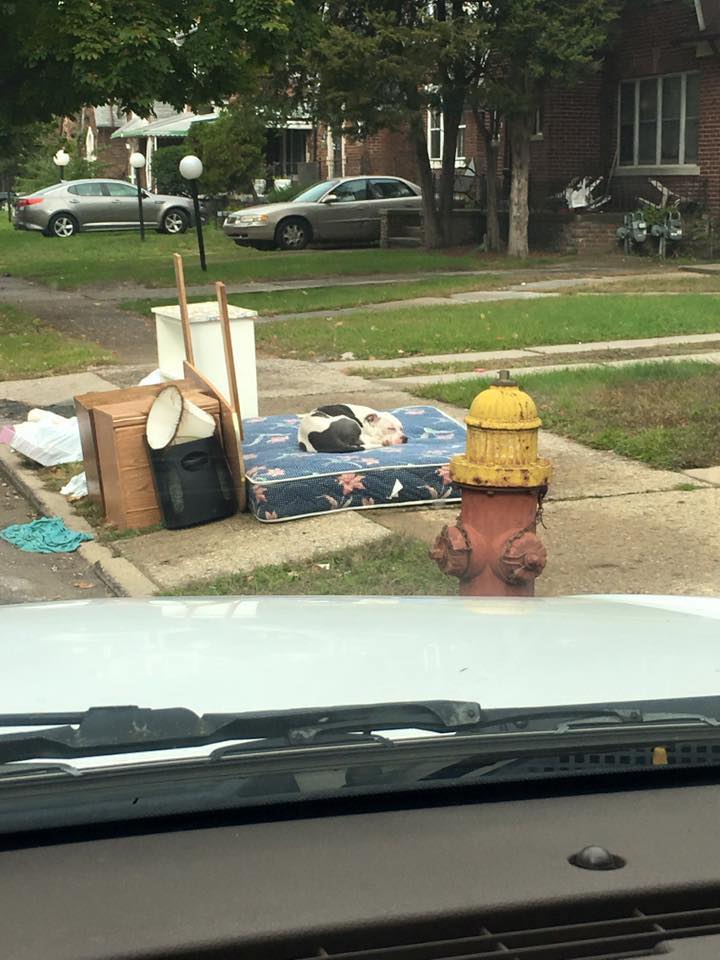 She made a plea online for any local shelters in Detroit to take him. “This picture absolutely breaks my heart; I am literally in tears. Meet Boo, this beautiful boy was left behind with the trash and belongings when the family moved out. He stayed right by their stuff and never left it, confused and lonely,” she wrote on Facebook. 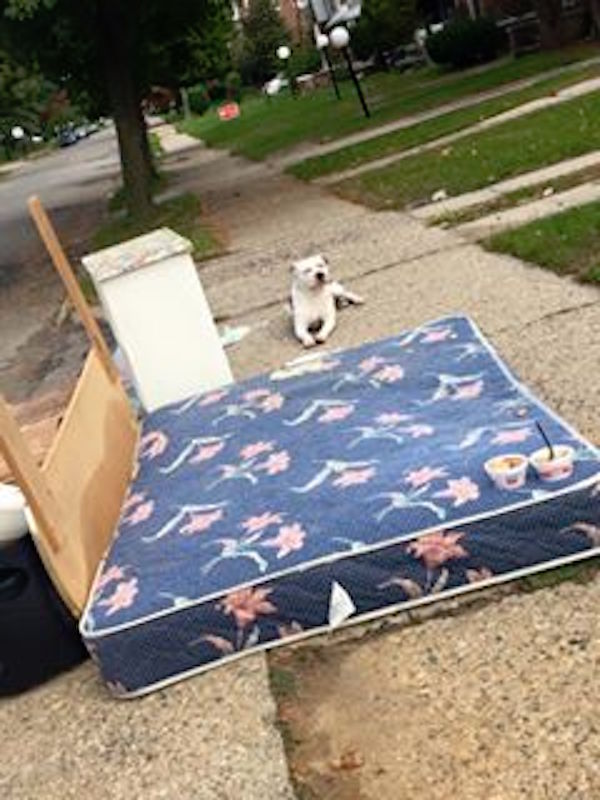 No one was stepping up to save him, until Mike Diesel, founder of Detroit Youth and Dog Rescue, saw the picture and knew he had to help. Diesel drove out to see the dog, who is named Boo, and sat with him for hours. It was obvious that the pup stuck around because he was waiting for his family to return for him. But little did he know, they never would. 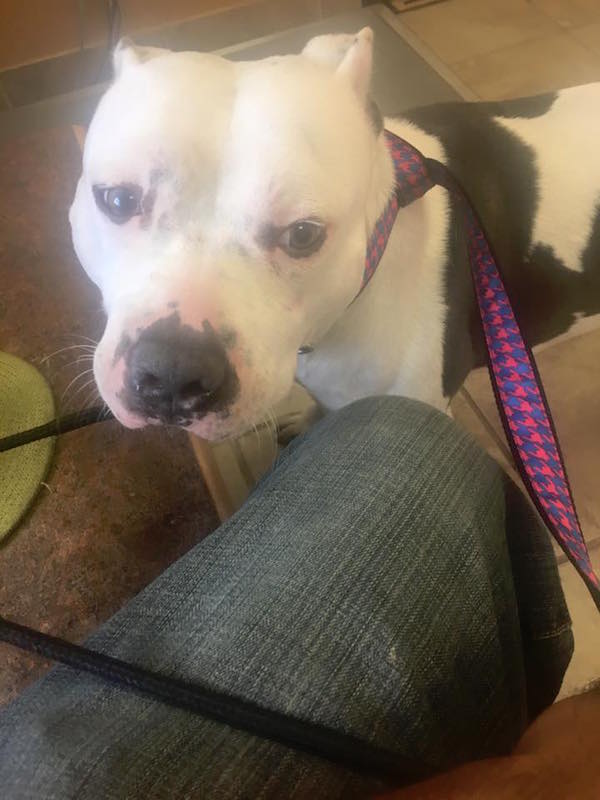 Since Boo was determined to stay and wait for his family, it took Diesel 11 hours to catch him. Once he finally did, he immediately brought him to the vet. Unfortunately, he tested positive for heartworm. 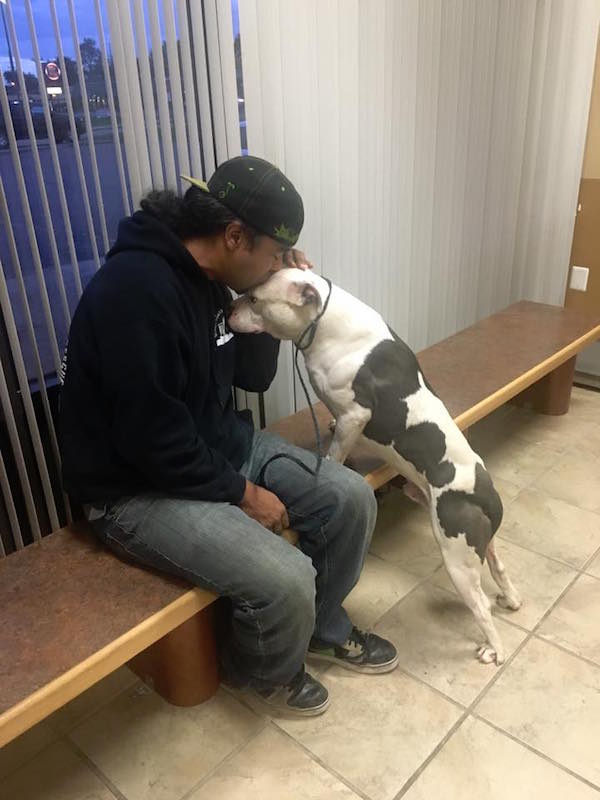 He is now being treated for heartworm, and once he is healthy again, he’ll be available for adoption. In the meantime, Diesel makes regular trips to the vet to visit Boo. Despite what happened to him, Boo is an extremely loving and affectionate dog. Thanks to Liz for posting the picture, Mike Diesel, and Detroit Youth and Dog Rescue, Boo will now have a second chance.

Tennessee Woman Jumps Into Frozen Pool To Rescue Her Dog: Click “Next” below!