A group of people were out looking for a missing person when they came across someone else who was also lost – a pit bull. The poor pup was stuck on a big pile of sticks in the Salinas River. 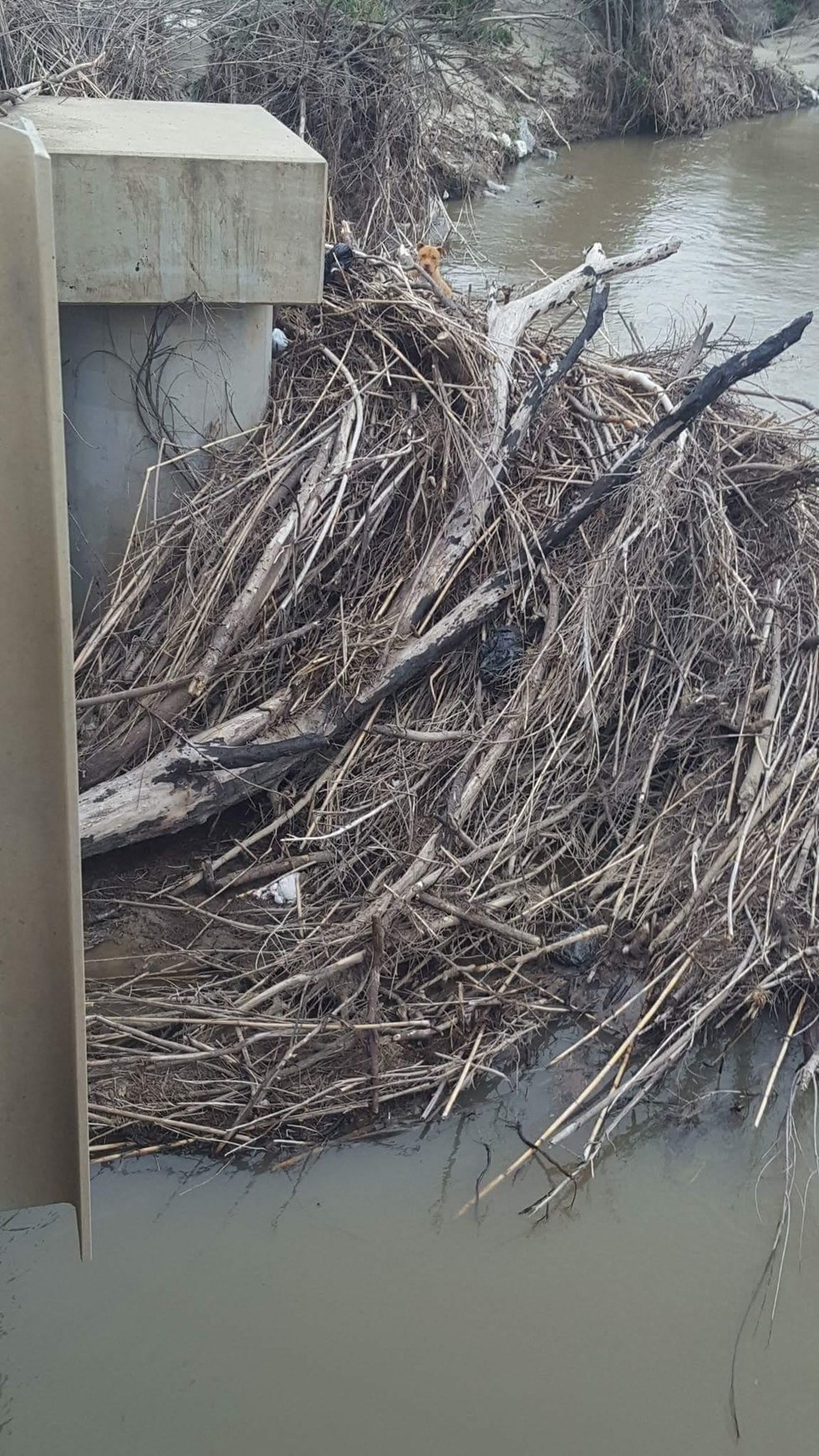 The dog was out there alone for days until animal rescuer Jessica Barraza came to save him. She received a tip from a friend who was also an animal rescuer, and the both of them went there together to check out the situation. 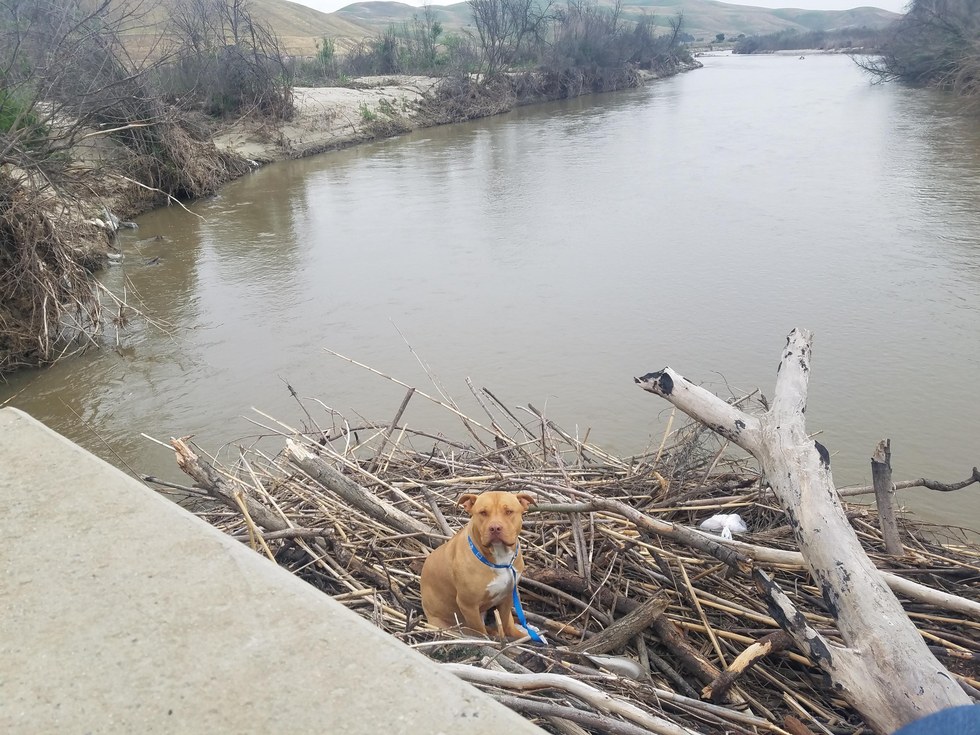 That’s when they saw the dog, who looked very friendly and relieved that people were finally there to help. When they got closer, they realized that the dog was stuck amongst thousands of branches. After many failed attempts at trying to get the dog to climb out on his own, Barraza went down herself to get him. Her and the other rescuers then worked together to bring him back up to safety. 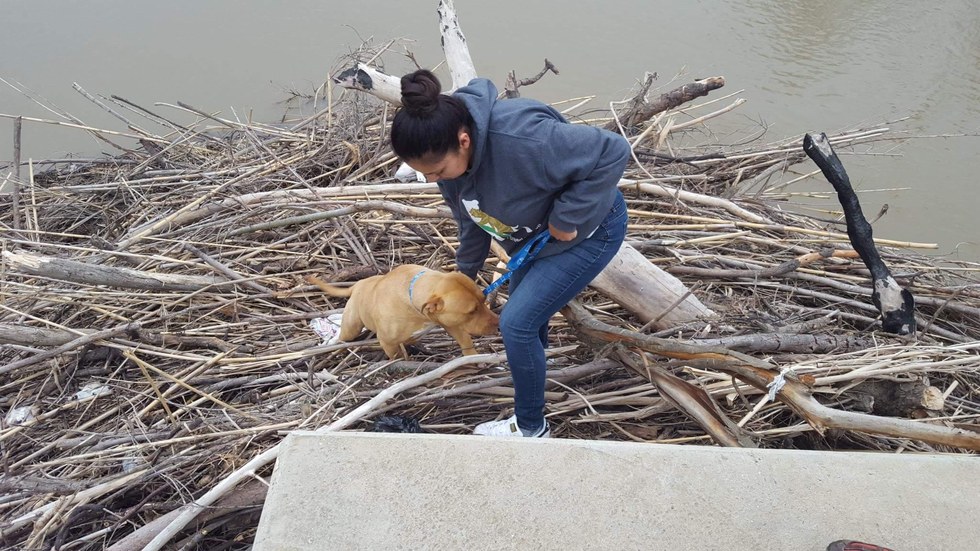 When you see a dog somewhere like this all alone, two thoughts come to mind: one – they’re either a stray and have been for quite some time, or two – someone abandoned them there because they were no longer wanted. This dog did not look malnourished, and he seemed to be well-taken care of, which led them to believe that neither of these two options were true. 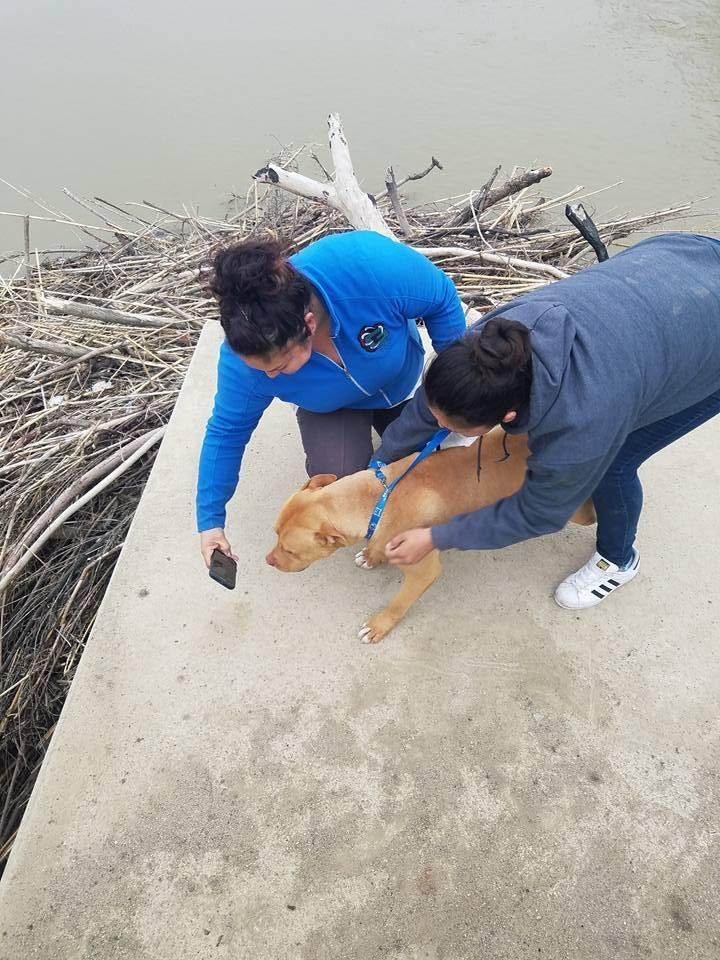 It turns out that the dog had gotten loose one day and his family searched everywhere for him but to no avail. They posted on lost and found pages online, and drove around looking for him every day. It’s unknown how he ended up in the river on that pile of sticks, but what matters most is that he’s now safe. 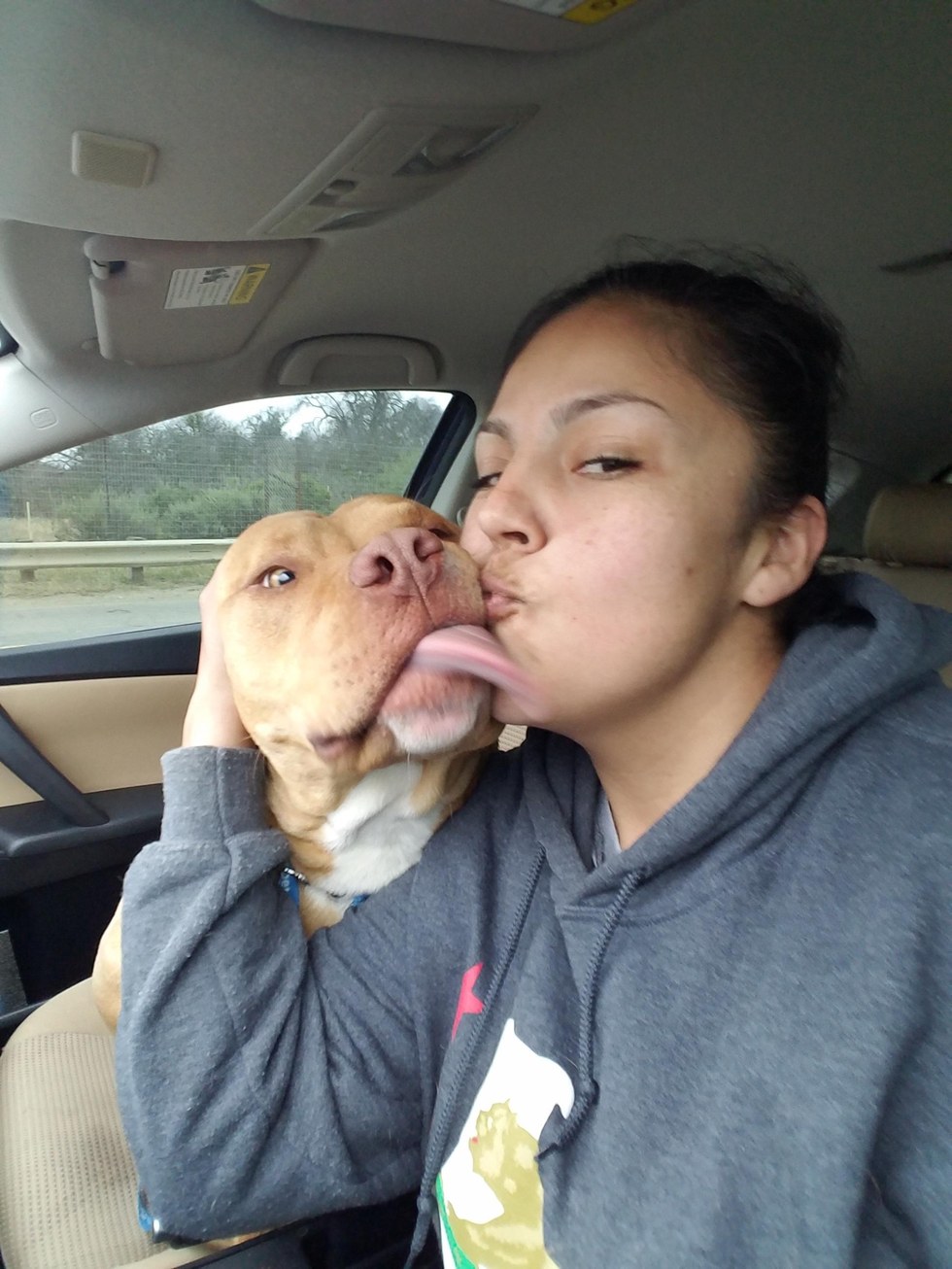 Luckily, his rescuers got ahold of his owners and they were able to set up a reunion. The pup and his human were beyond ecstatic to finally be together again after all that time apart.

I can’t imagine how scared the dog was, all alone up on that big pile of branches. But now he never has to feel alone ever again. 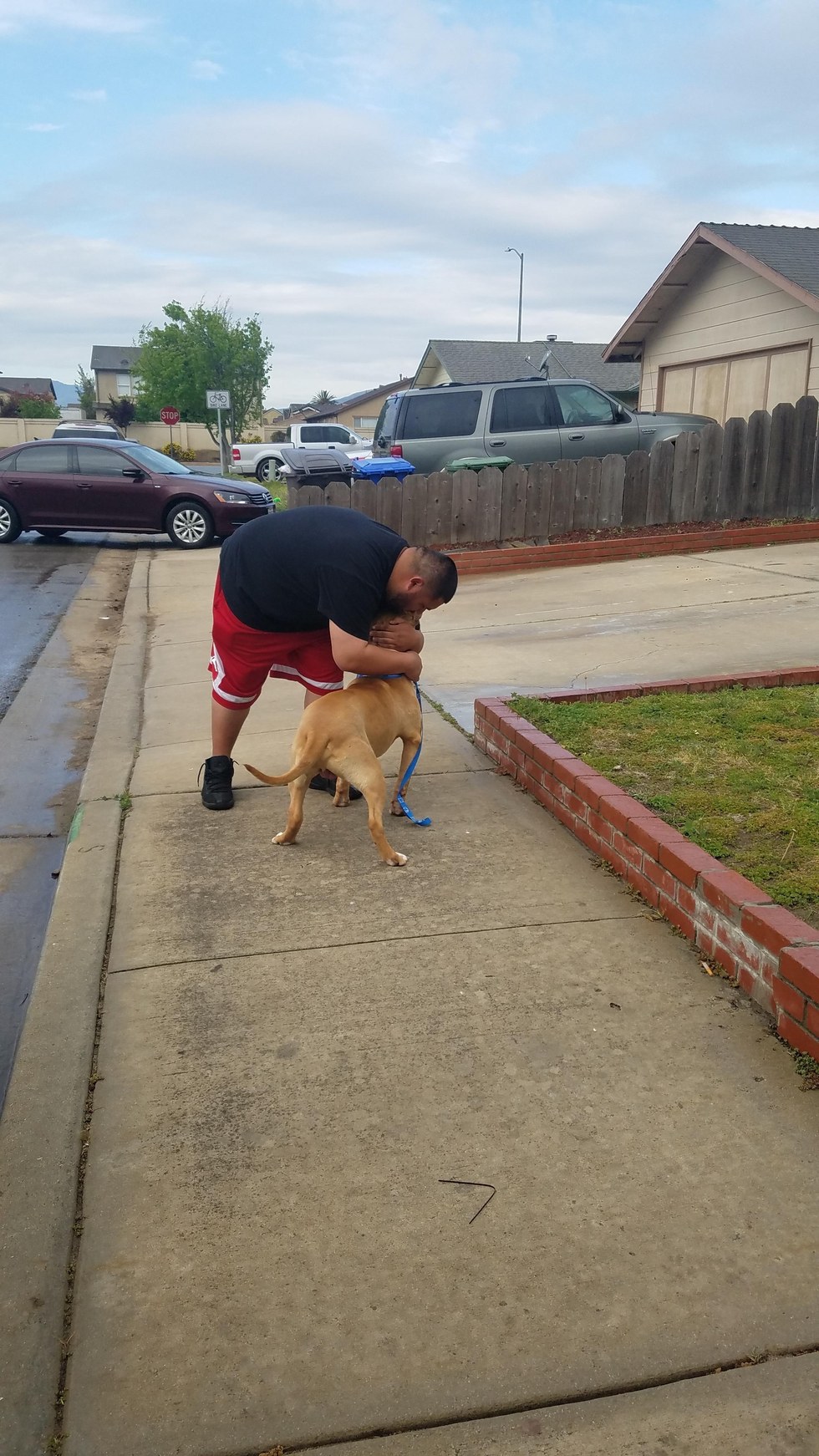