Dogs are not just man’s best friend, but also a child’s guardian.

A family pit bull named Buddy followed his three-year-old boy when he wandered off into the woods near their Florida home. The boy’s mom became frantic when she noticed her son was missing. She called 911 and told them the boy was playing out in the yard with his siblings, but wandered off.

During the call, the mother told the Dispatcher, “that the family’s dog, Buddy, was also missing, and presumed to be with the child.” Suwannee County Sheriff’s Office and K-9 units from Suwannee Correctional Institution headed into the woods to search for the missing child and his dog. 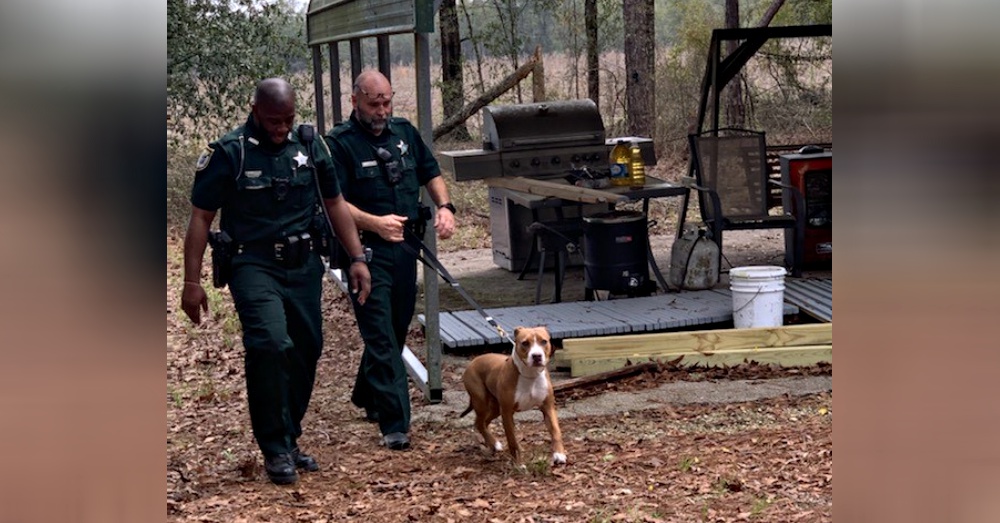 The loyal dog never left the little boy’s side and even alerted neighbors to their location. “A short while later, a nearby neighbor called 911 and stated that he located a small child and dog in the woods, but the dog wouldn’t let him get near the child,” reported police.

However, when police arrived Buddy let them lead him and the boy back home. Officers praised Buddy for protecting the child and said, “Fortunately, we were able to reunite the child with his mother, thanks in part to ‘man’s best friend’ and an alert neighbor.” 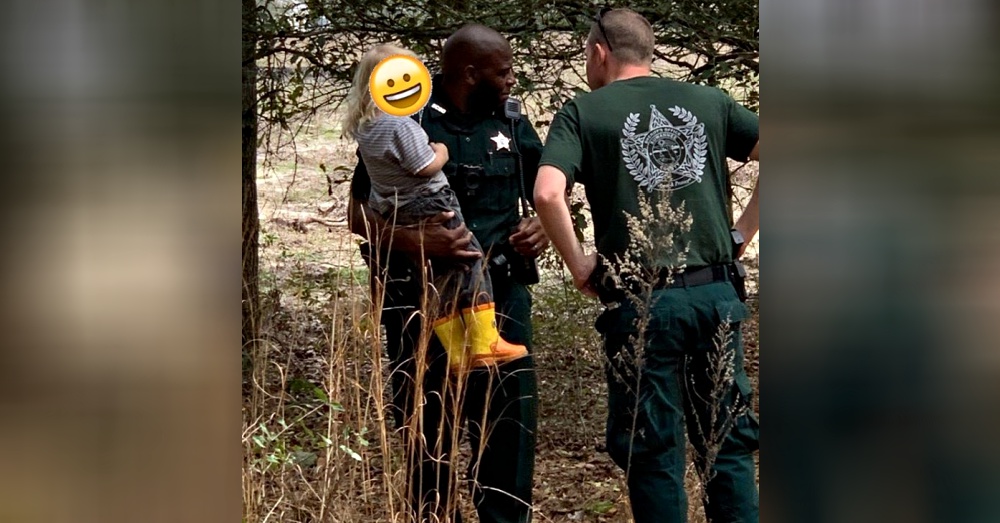 Officers were not the only ones to praise Buddy, followers were quick to comment on what a good boy he is. One said, “That is a great dog! So thankful he was watching his human brother!” Another wrote, ” Not only am I super happy for the outcome, but I am also excited that the protector was a pit bull! This is why they were originally known as nanny dogs!! They love and protect their kids!”

Yet another commented on how pit bulls make great family dogs. “And OF COURSE it’s a pit ❤️ Best family dogs there are. Best boy!”

The hero pit bull’s story has gone viral with over 60K shares. Hopefully, it will help change people’s minds about the breed.