A Pit bull named Leonard arrived at the Union County Humane Society in Marysville, Ohio, a few months ago. Staff there thought Leonard was aggressive, which meant he wasn’t suitable for adoption.

Because of this, Leonard found himself on the list to be euthanized. But Jim Alloway, the shelter’s director, saw the potential in Leonard and knew he couldn’t let him be euthanized. 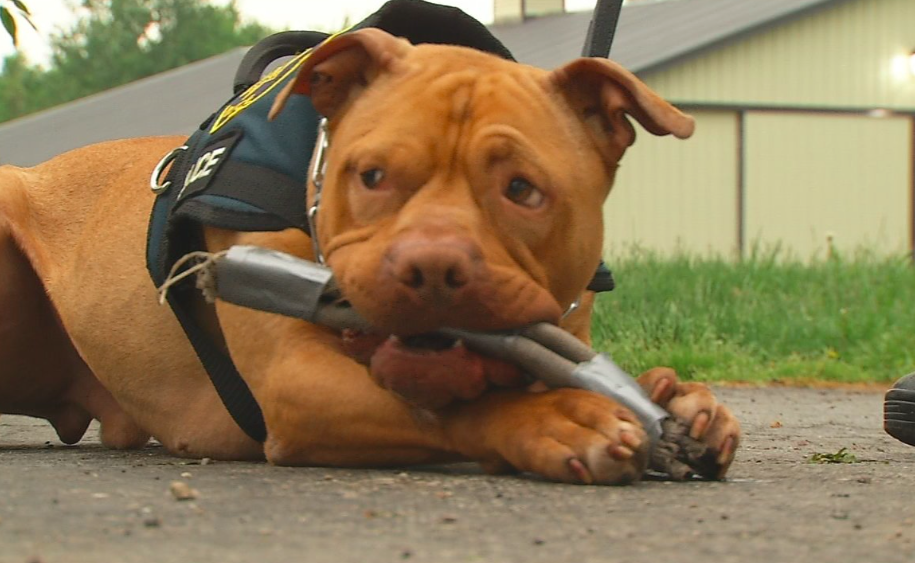 Alloway had previously worked with police dogs, which gave him the brilliant idea of Leonard becoming one himself. He thought this pup would make a great fit in law enforcement. 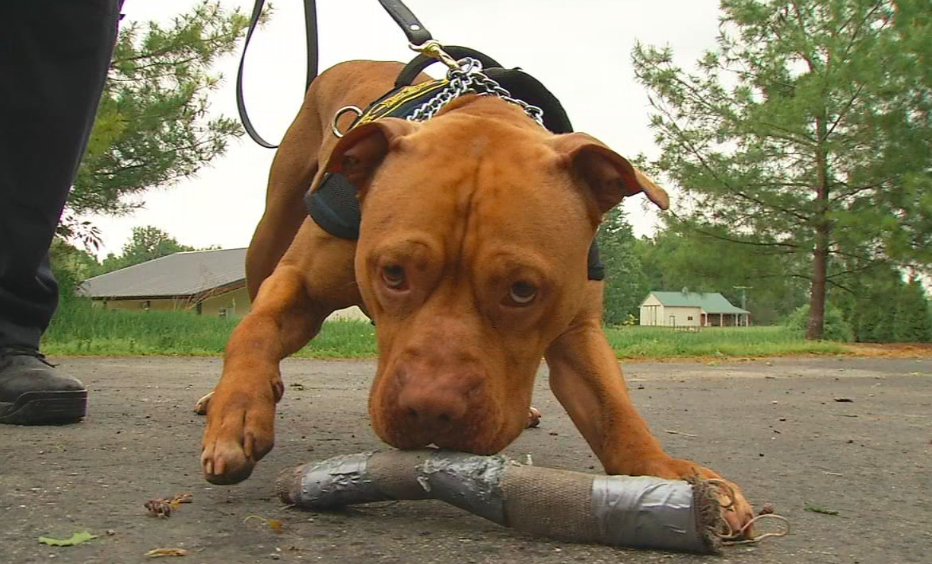 “I walked out with a squegee. He ran up and bit it and then he went running through the yard. I knew it was a special characteristic. He wasn’t being aggressive. He wanted to play,” Alloway told ABC 6. 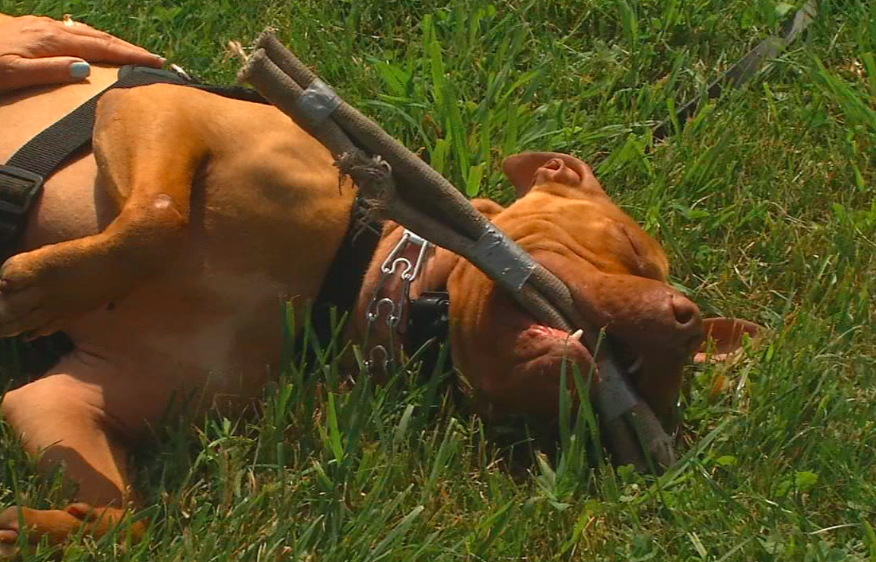 He then contacted Storm Dog K9 Training, who agreed to work with Leonard. Leonard was the first-ever Pit bull in training there. They quickly discovered that Leonard was not actually aggressive, and really enjoyed to play. Every time he was successful with a command, they’d reward him with a toy. 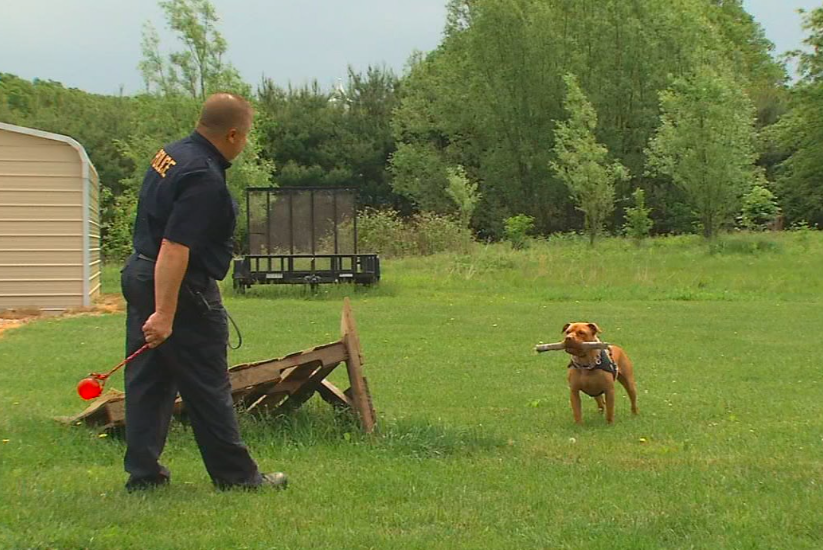 Leonard did an awesome job in training. He’s always wanting to work and makes such a great police dog. 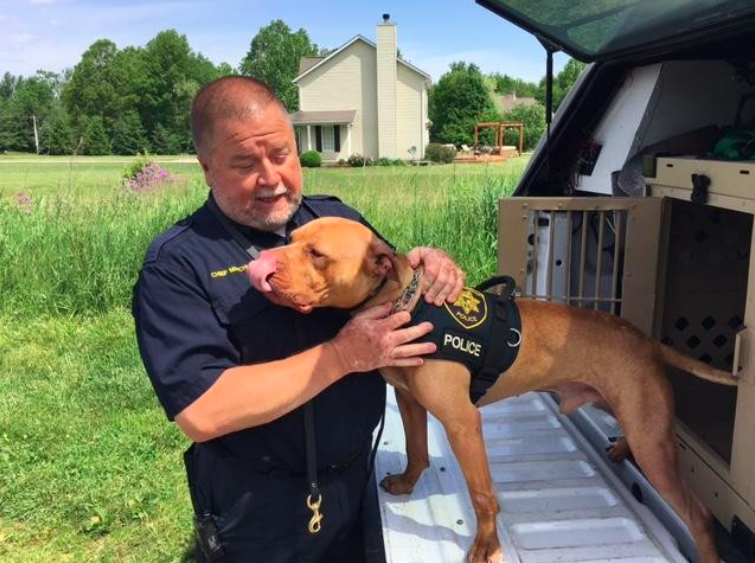 He was then partnered with Terry Mitchell, the Chief of Police in Clay Township. When the two of them met, they bonded right away. After just ten minutes with Leonard, Mitchell knew that he was perfect for their department. 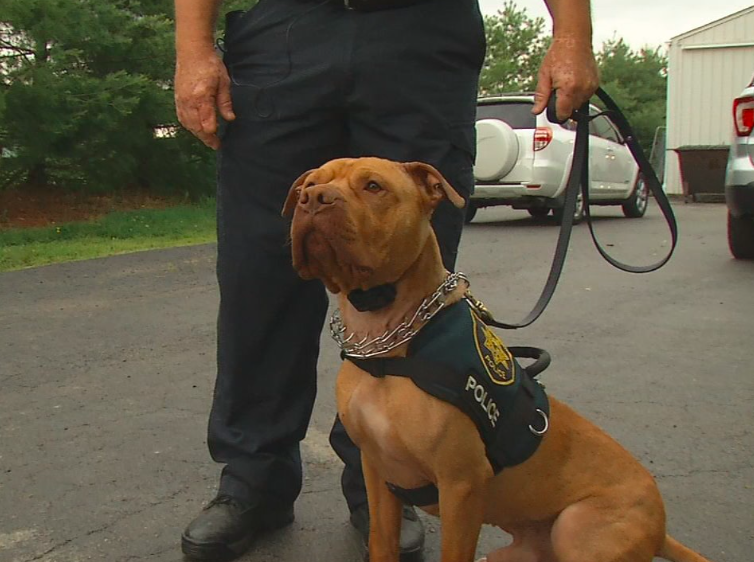 Now that Leonard is done with his training, he will get his certification from the state of Ohio. Everyone in the department loves having him there, and he will start the job this weekend!