Many people are afraid of Pit bulls because they definitely get a bad rap. According to Pet Finder, there are 15,850 Pit bulls up for adoption at shelters listed on their site, making them the number one most common breed in shelters. They are often overlooked and the last to be adopted because people follow their stereotype of being aggressive. Photographer Sophie Gamand wanted to change that. 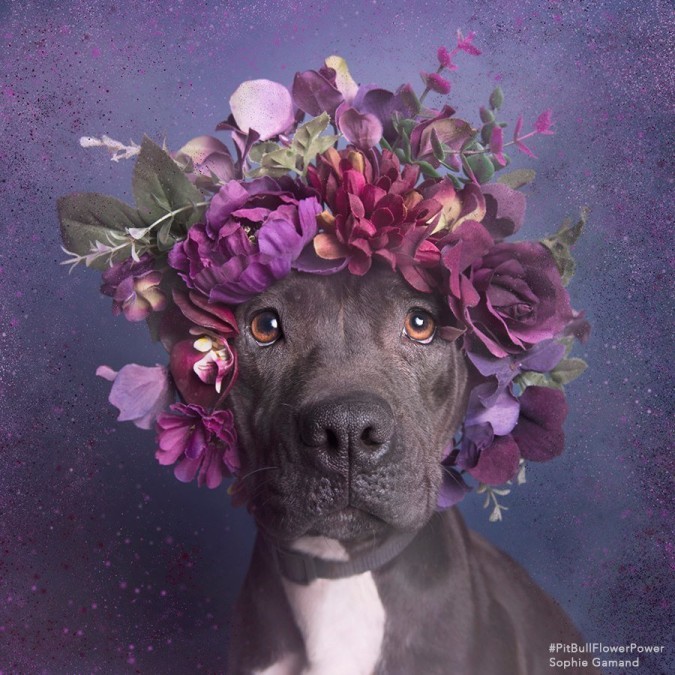 Gamand was not always a fan of Pit bulls, but after volunteering at animal shelters and rescue groups that had many Pit bulls, she wanted to get to the bottom of why people didn’t like them. She made it her mission to find out if these dogs actually were the big, scary monsters that people make them out to be, or if they are sweet dogs with a bad reputation. 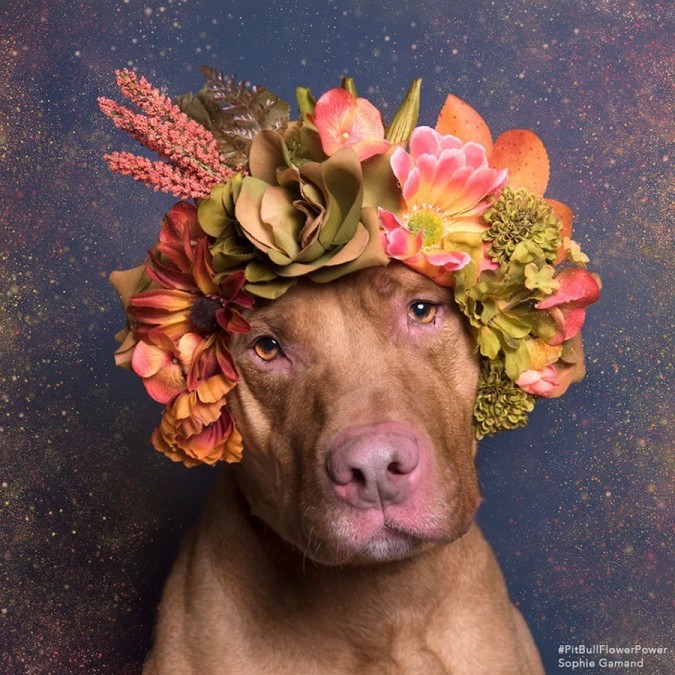 That is when she started “Pit Bull Flower Power,” a photo series where she took pictures of Pit bulls in an unexpected way to see if she could challenge the way people perceive them. She dressed the Pits up with crowns of beautiful flowers and edited the photos in a way that really brought out their beautiful eyes and distinct features. She used Pit bulls from all different shelters and had them look straight ahead at the camera, while in front of pretty looking backdrops. Gamand made each flower crown herself, and they were all absolutely stunning. 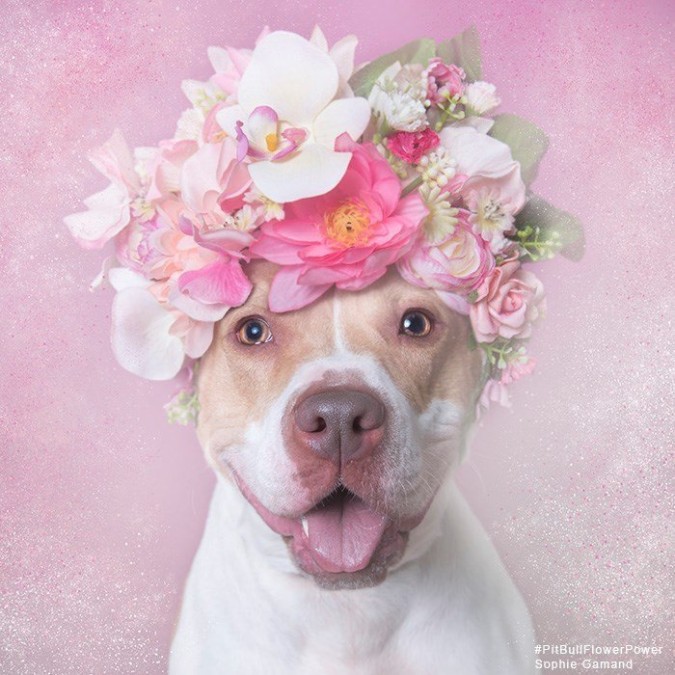 Since starting this photo series, Gamand says that Pit bulls really are precious, fragile and moving creatures. She said that like any dog, they are what we make of them. “In the U.S. alone, between 800,000 and one million pit bulls are euthanized every year,” Gamand told the Huffington Post. “I am moved by their fate. I believe that, because we created dogs (through artificial selection) and made them what we wanted them to be, it should give us tremendous responsibility towards them. Pit bulls are being quietly massacred.” 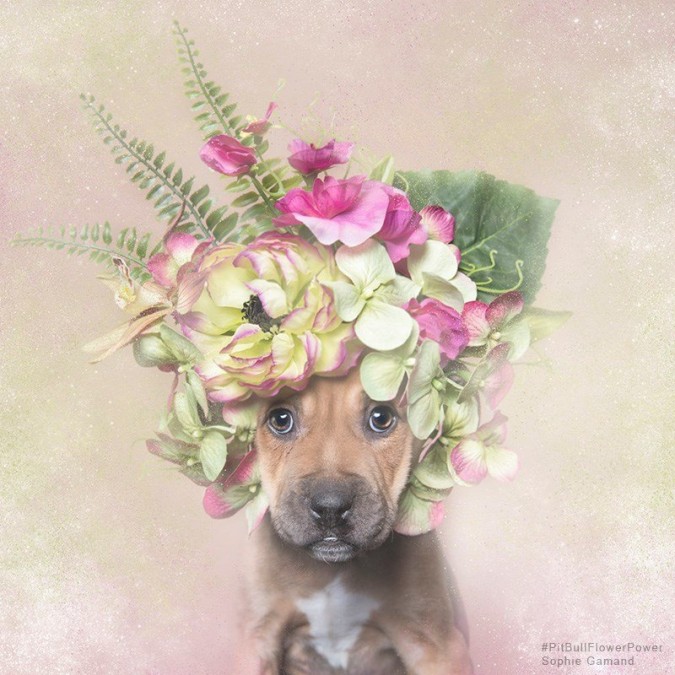