I feel like I’m constantly saying “we don’t deserve dogs” but it’s so true – we don’t deserve them! They are truly too pure-hearted and good for us. Another perfect example of this is 8-month old Zeus, a pit bull who recently died after he protected the two children in his family from a poisonous snake that was in their garden. 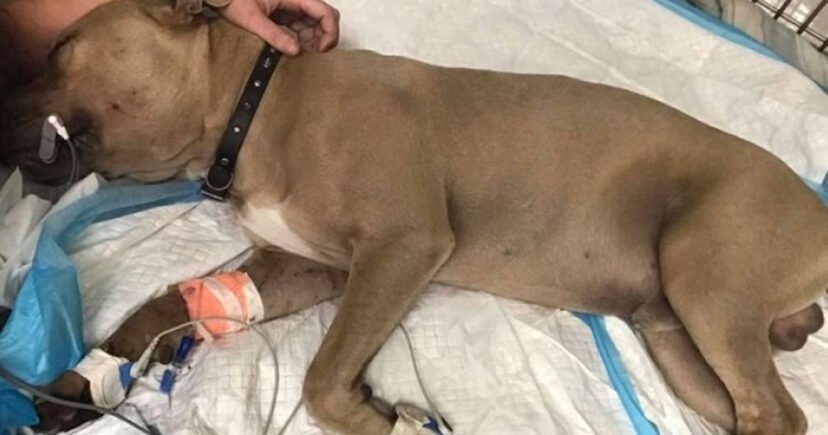 The heroic Zeus was outside with the two youngest Richardson family members in the yard of their Sumter County, Florida home on the 23rd of September when the incident took place.

The two boys didn’t see the coral snake that was approaching – but Zeus did. He quickly leaped to their defense and defended his family members from danger. Sadly, he met a hero’s tragic end after he got bit by the snake in the scuffle.

Following the incident, Gary Richardson – the children’s father – spoke out about the tragedy.

Gary’s two boys were in their garden cleaning out Zeus’s water bowl when the snake seemed to appear out of nowhere – but approaching quickly.

Gary told FOX 35, “All of a sudden, he started attacking the snake which was close to my son and he was bit four times. I knew when he first came in that something was wrong and (it) was very traumatic because I knew he was dying.” 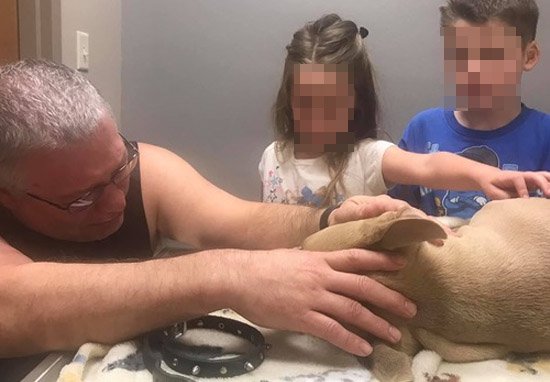 Zeus’s family rushed him to the vet’s in Ocala where they initially believed that Zeus was going to be ok – with Gary stating, “We just knew the anti-venom was going to work.”

Unfortunately, Zeus passed away the following day as a result of his injuries. Coral snakes are highly toxic, and their venom is the second-strongest venom out of all the poisonous snakes.

According to petMD, a bite from a coral snake can result in paralysis – which includes the paralysis of the breathing muscles, meaning that the primary cause of death is a respiratory collapse.

Symptoms of a coral snake bite in pets include salivation/drooling, shortness of breath, inability to bark, diarrhea, and convulsions. However, the onset of these symptoms can be delayed by up to 18 hours after the bite occurred.

Therefore, it is paramount to get your pet to the vet immediately after they are bitten, as time can sometimes be the best defense.

However, despite the Richardson family rushing Zeus to the vet’s immediately after the incident occurred, the canine hero still succumbed to the snake’s venom.

Gina Richardson, who described Zeus as a “member of the family,” has said that his death “just killed us.” And our hearts are breaking for Zeus’s family. The Richardson family had only had Zeus since January when they got him as a puppy, and since then, the family had developed a tight bond with him. 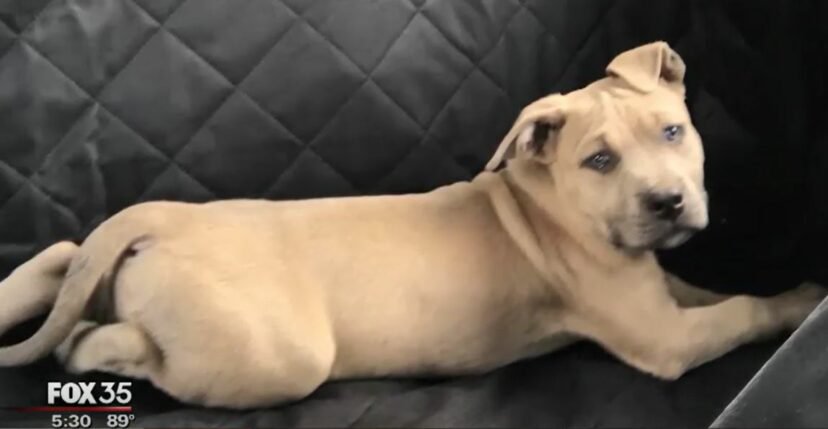 Gary has said, “Pit bulls are the most loyal dog I know of, and I’ve had a lot of different animals in my life.”

Gary’s wife Gina agrees, stating that if a pit bull is ever aggressive, then it’s most likely because that dog has been mistreated. She added, “If you treat them right, they would give their life for you and I owe my son’s life to him.”

The grieving family is obviously very heart-broken, but at the same time, they are very grateful for Zeus’s loyalty, as well as his protection.

Rest in peace, sweet Zeus. And our love and positive vibes are with the Richardson family. It is always a devastating blow to lose a furry family member.

Another amazing feat that proves that dogs are just the best.
Labrador Saves Diabetic Owner From 5 Miles Away