When her missing pit bull, Dada, was found in an Illinois shelter, owner Monica Lopez experienced a wave of relief. But Lopez couldn’t pick her dog up right away because of the Christmas holidays, according to The New York Post. Fortunately, Champaign County Animal Control assured Lopez her dog would be “safe” until after the Christmas holidays.

But when Lopez arrived to collect her dog, she received some devastating news. “They [turned] around and gave me heartbreaking news that he was put down on Christmas day even tho [sic] they told me he was safe and warm,” Lopez wrote on Facebook. 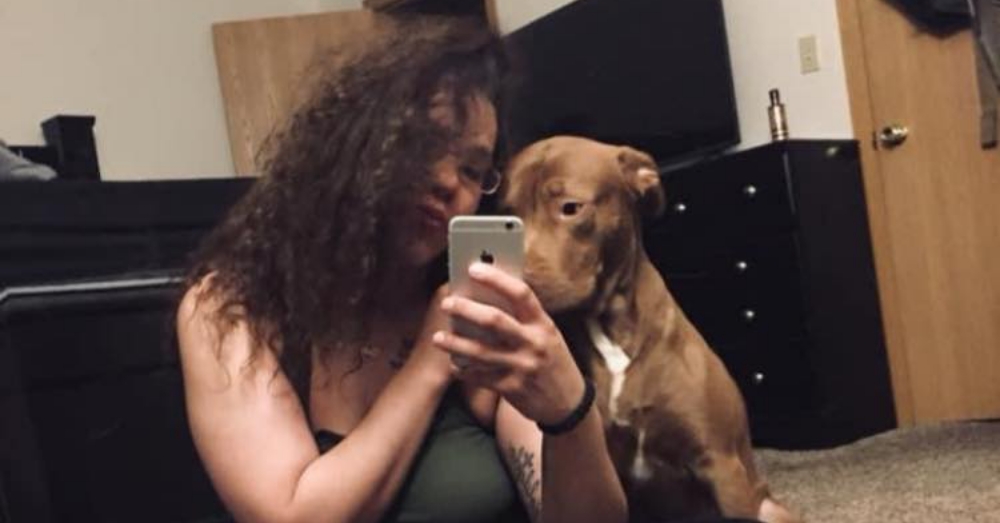 According to WAND, a local TV station, Dada was accidentally euthanized in a tragic shelter mixup. While Lopez had been assured her dog was safe, not all shelter workers had been informed of this fact. Sadly, this communication breakdown meant Dada was quietly euthanized, a common fate for pit bulls in crowded shelters looking to make extra space. 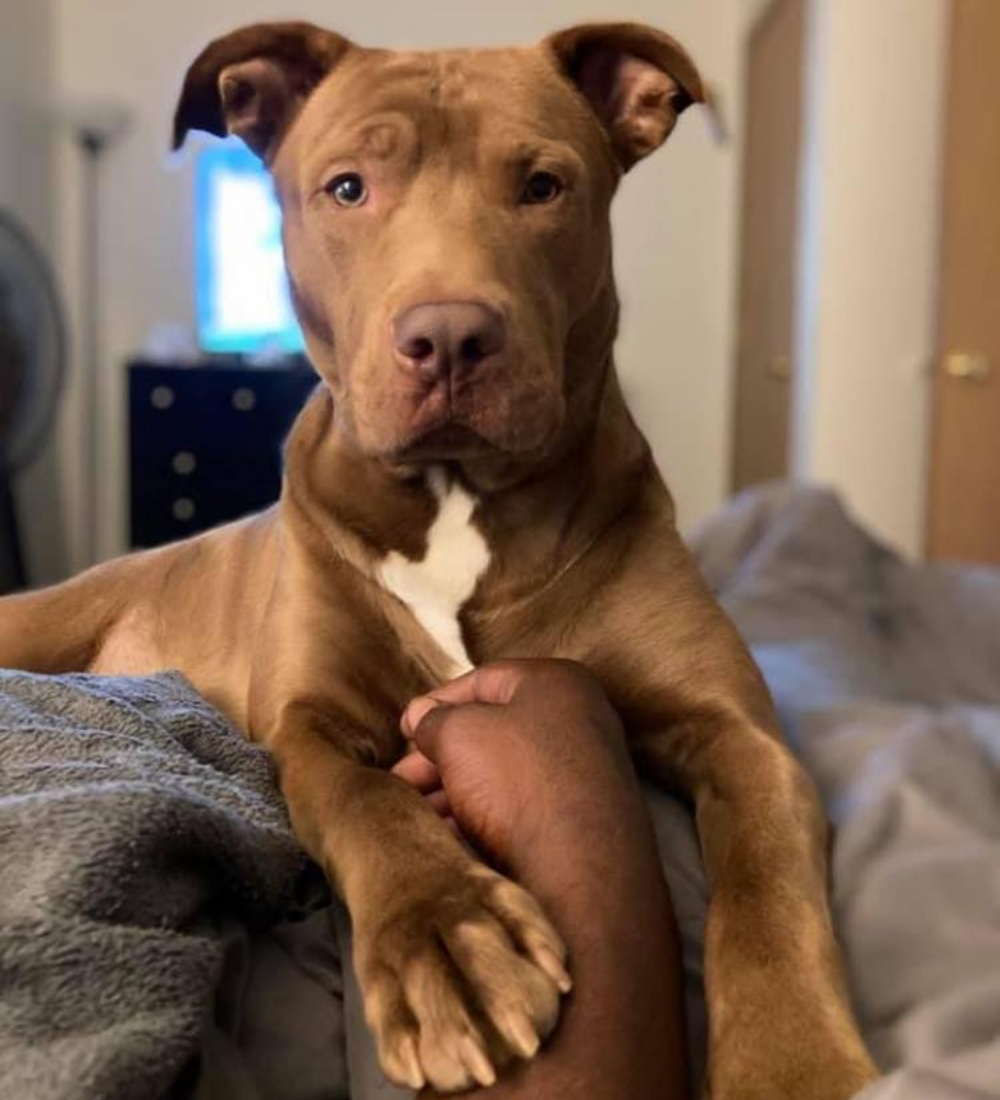 “Fortunately, errors of this type are rare,” shelter director Dareline Kloeppel told WAND in a statement, according to the New York Post. “While the holidays and staff vacations made this circumstance unique, additional steps in animal control procedures have been put in place to prevent any similar gaps in communication in the future.”

But this is little consolation to Lopez, who lost a beloved family member over this shelter’s deadly mistake. “You weren’t just a regular dog,” the grieving woman wrote in a heart-wrenching Facebook tribute. “You [were] my heart, my baby, a angel. Fly high papas. Mommy is missing you everyday but I know doggy heaven will take care of you.” 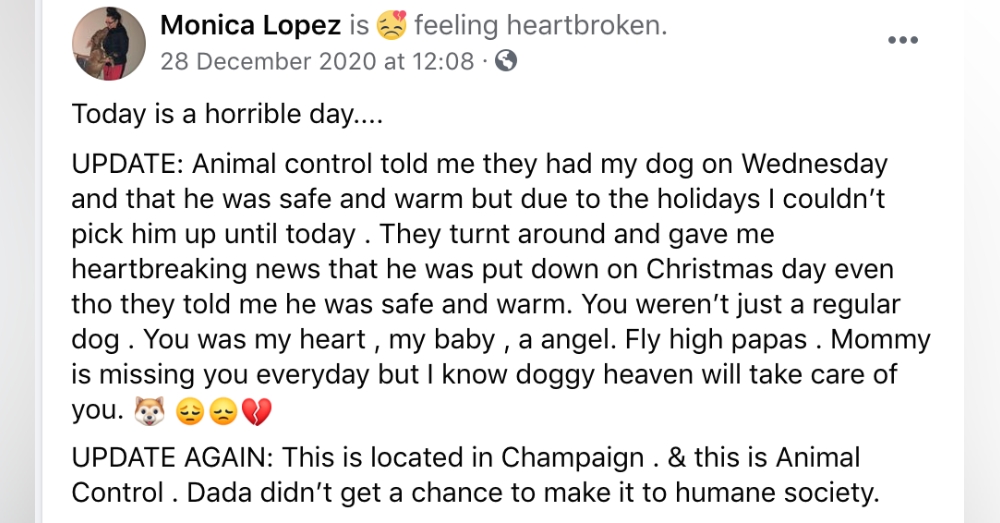 Although she knows it can’t bring Dada back, Lopez plans to take “every step possible” to make sure such a tragic fate doesn’t befall other dogs and their families. “Dada will get justice and I know nothing will ever bring him back, but this cannot happen to any more pit bulls,” Lopez said. We couldn’t agree more!