One-Eyed Dog Found But Owner No Longer Wanted Him

A one-eyed dog was found wandering the streets and believed to be a stray dog. A good samaritan took the dog into his fenced in yard to protect him until help arrived. The stray dog just wanted to be next to the another dog.

Hope For Paws received a call from the good samaritan about the stray dog. Eldad and Loreta arrived to rescue the dog. It looked like the little pup had one eye and was hesitant to be caught. Thankfully, with the help of Blue – a pit bull that the little dog felt safe with – the rescue team was able to catch the stray dog. 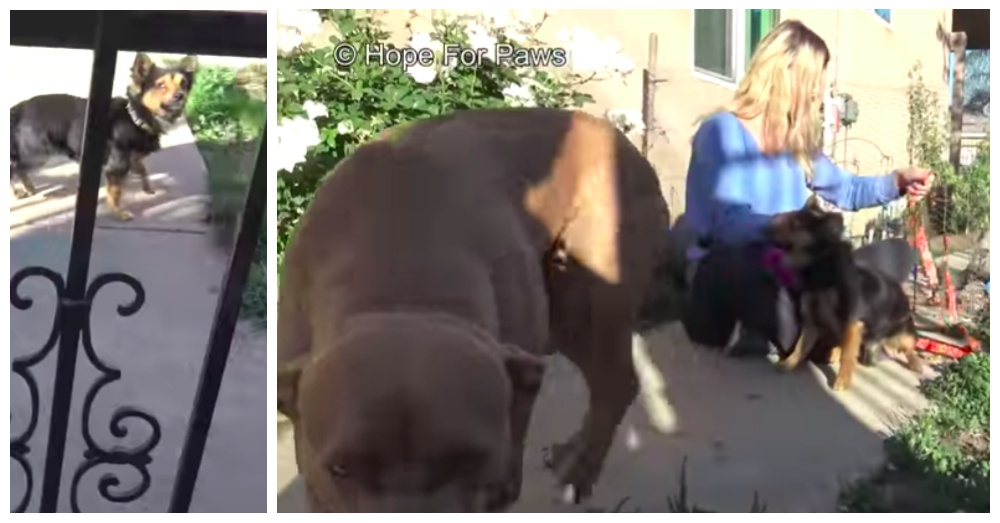 After Loreta slipped a leash around his neck, she looked closer at his eyes and realized that the one eye was still there, but it appeared to be injured. They thanked the man for taking in the little dog and took the dog to be examined. 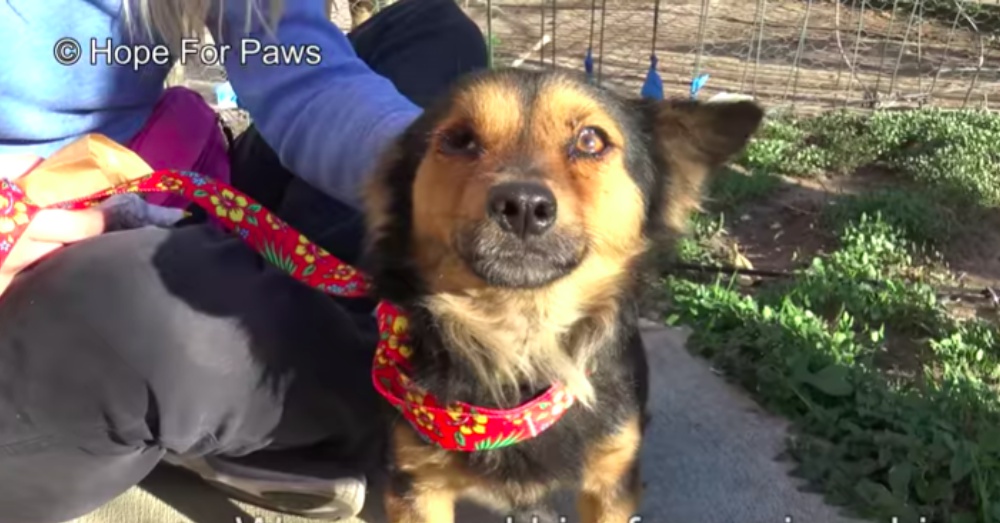 They named the dog Pirate and scanned him for a chip. To their surprise, they found one and called the owner. They thought that the owner would be elated to hear that their beloved dog was found safe, but instead they were told that he no longer wanted the dog. “The owner told us he already got a new dog and didn’t want Pirate.” 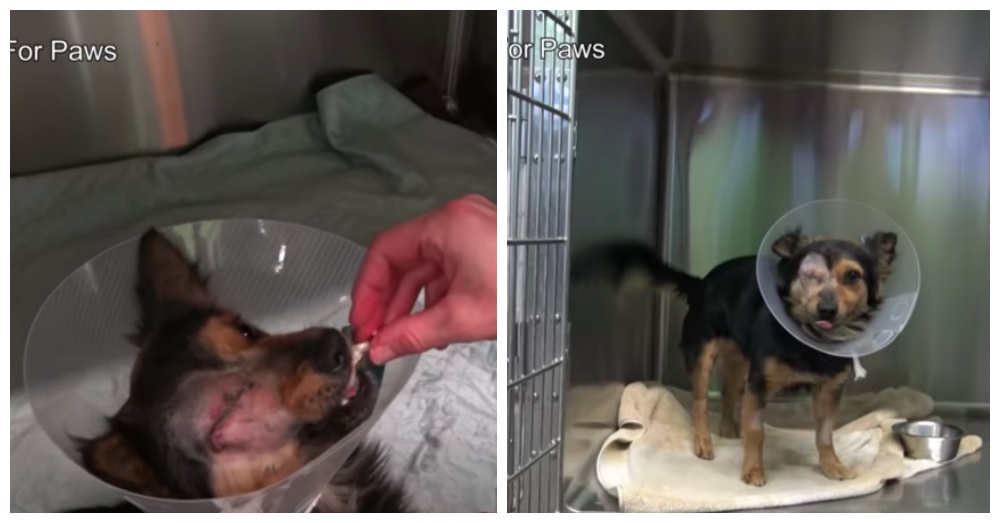 The rescuers promised Pirate that they would get him the care he needed and find him a loving home. A vet examined his injured eye and recommended that it be removed. After surgery, Pirate began to warm up to people. He was adjusting well to having just one eye. 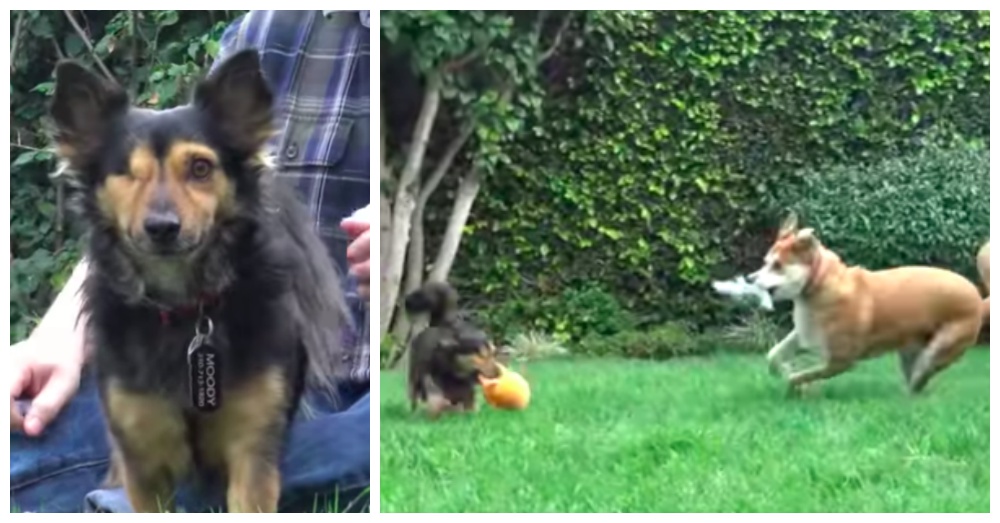 A local animal shelter, Pal Rescue, offered to foster and care for Pirate until he found his forever home. It did not take long for a family to adopt the adorable pup. His days are now spent chasing toys in his backyard with his family and canine sibling. He does not let having one eye slow him down. He runs at full speed and leaps for toys when they are thrown. Thank you to everyone who helped save Pirate.

Watch Pirate’s rescue and adoption in the video below.