Ever Wonder Where Pin-Up Artists Got Their Inspiration? We Have A Feline You’ll Be Surprised!

The amount of pictures Aslett was able to pair is staggering. It seems there is no end to the similarities!

4. Who Do We Appreciate? 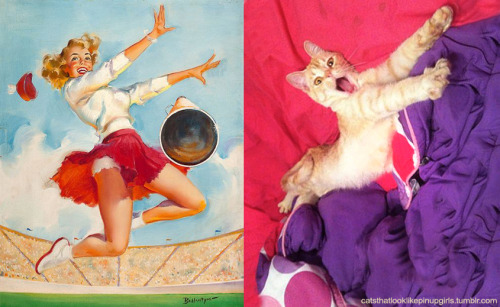 Sure, cats aren’t widely regarded as the most enthusiastic cheerleaders, they sometimes to have an uncanny resemblance. 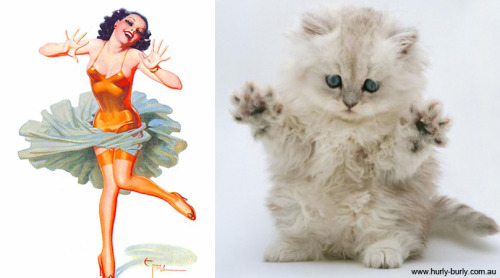 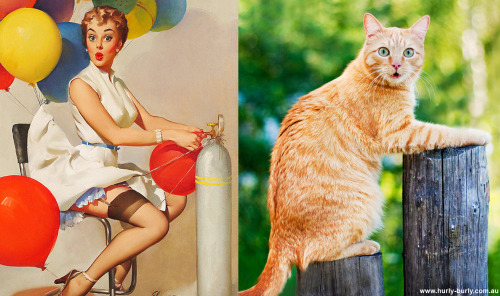 There would be a much higher demand for balloons if cats were in charge of filling them up!

7. Swing From The Tangles Of The Couch! 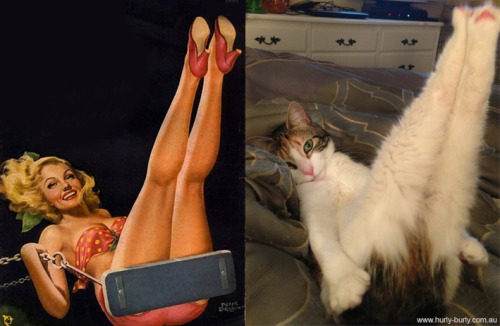 The best part of these images is the juxtaposition of beauty and artistry against the absolute goofiness of these cats.

We aren’t done yet! Take a look at our absolute favorite images!