Ever Wonder Where Pin-Up Artists Got Their Inspiration? We Have A Feline You’ll Be Surprised!

It’s no secret that cats make great models. They are infinitely photogenic, and the ability to share so many amazing moments online has only solidified their place as the models of the animal kingdom. Where did cats learn how to be so elegant and salacious? That’s the real question, and Australian artist Rachel Aslett may have found the answer.

Aslett was astute enough to recognize the similarities between cats and classic pin-up models from the 40’s and 50’s and paired up the original photos with their feline counterpart. The results are not only mesmerizing, but deeply hilarious. While we can’t feature every one of Aslett’s creations, we can offer you a taste of the ridiculous and clever images she has put together. 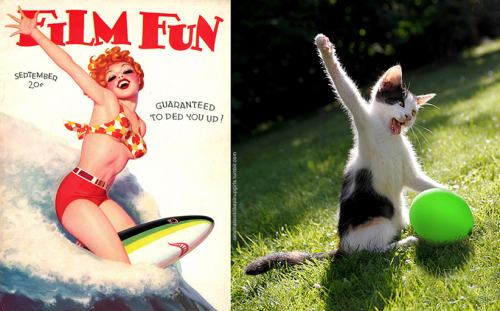 In an interview with Little Things, Aslett explained how she started on this bizarre and brilliant project.

“The idea came from finding one match out of the blue.” I thought it was kind of funny, and realized there were probably a lot more matches out there. I never thought I would be able to make as many as I did!” 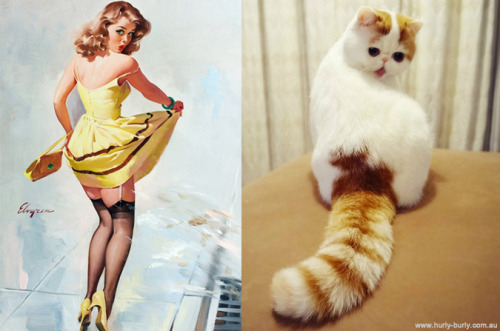 “When I see an image, I will just know that I have a match for it saved. Strangely enough, I have found that male cats are actually the best matches.”

The images range from adorable to risqué, but all of them are spot on comparisons. Take a look at even more wonderful examples of Aslett’s work!