A massive rescue operation is underway in Tasmania to save over 200 pilot whales that are stranded off the west coast.

At first, scientists believed the pod consisted of 70 whales when viewed from the air, but upon closer examination they discovered roughly 270 long-finned pilot whales stranded on sandbars around Macquarie Harbor. 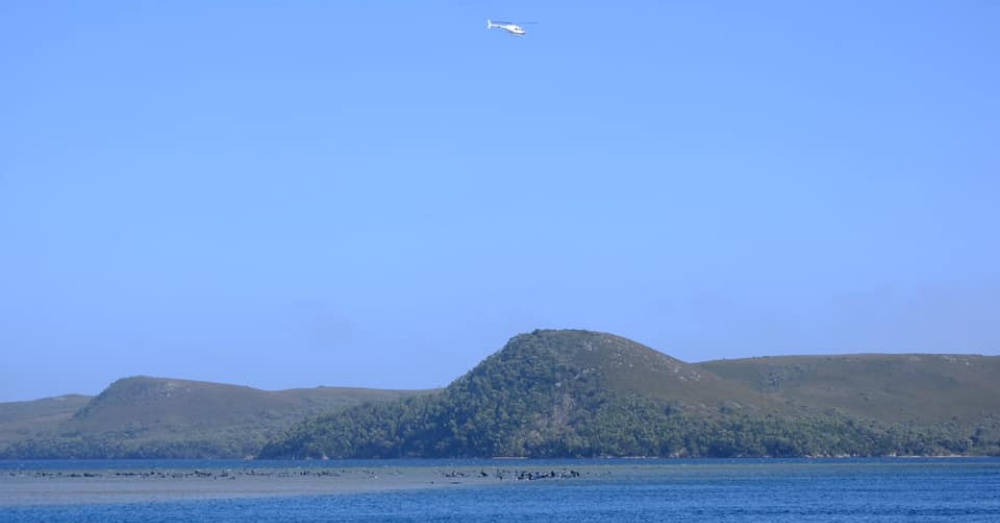 Marine biologists and local officials have teamed up and brought in special equipment to rescue the stranded whales. Pilot whales can weigh between 2900-5000 pounds and reach up to 22 feet in length, so rescuers will need all the help they can get.

They plan to use the outgoing tide on Tuesday to assist in the rescue mission and free the whales. But time is not on their side, as 25 whales have already died. 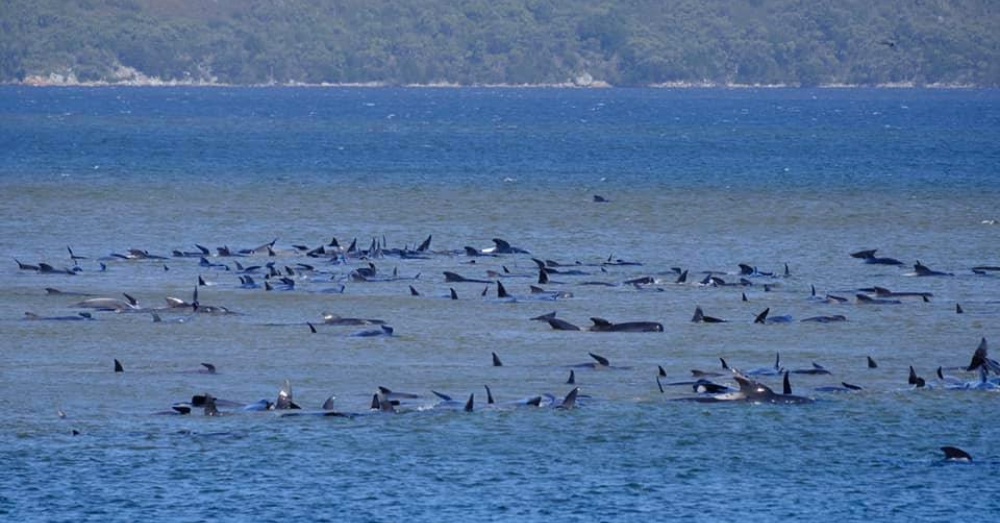 “When we start making an effort tomorrow, it will be with an outward-going tide, so that will be in our favour, but obviously tides go up and down so we’ll be aiming to make the most of the situation,” said Nic Deka, a regional manager for Tasmania Parks and Wildlife Service.

Olaf Meynecke, whale researcher and Project Manager of whales and climate at Griffith University, posted, “A tragedy unfolds in Tasmania with more than 270 long-finned pilot whales stranded on sandbanks. Some have already passed away. I hope help will arrive soon.” 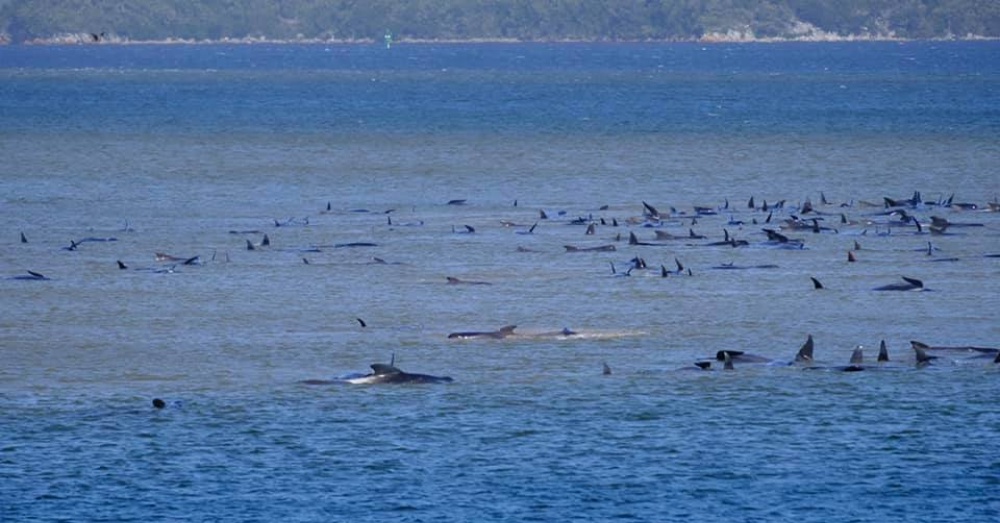 While it’s not uncommon for dolphins and whales to become stranded on the sandbanks around Tasmania, this is the first large scale rescue in over a decade.

“While strandings are not uncommon in Tasmania, and while strandings of this scale aren’t (unprecedented), we certainly haven’t had one for at least 10 years,” said Deka. 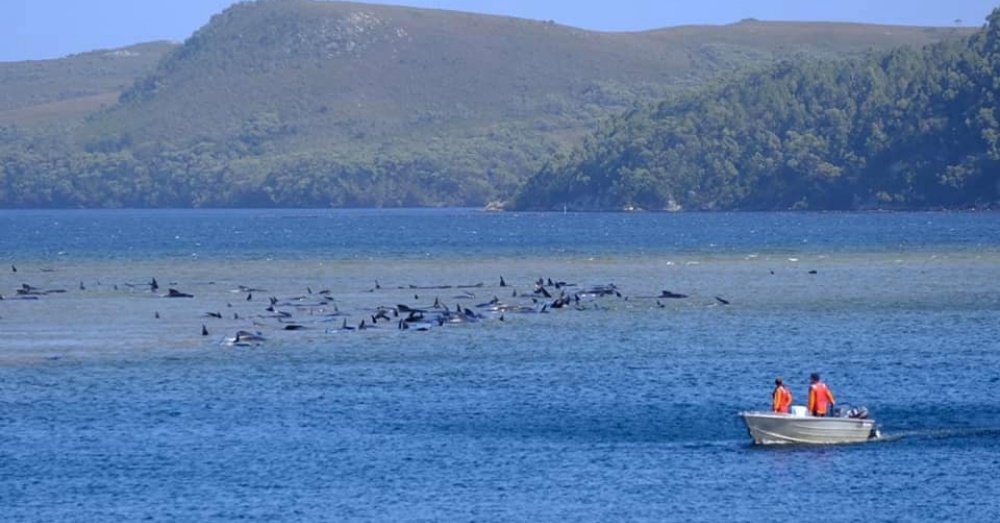 Pilot whales, which have a life expectancy of 50 years, often mass strand, but scientists are still trying to figure out why.

Dr. Olaf told Reuters, “Their social groups and strong bonding between the groups causes often all of them to strand.” 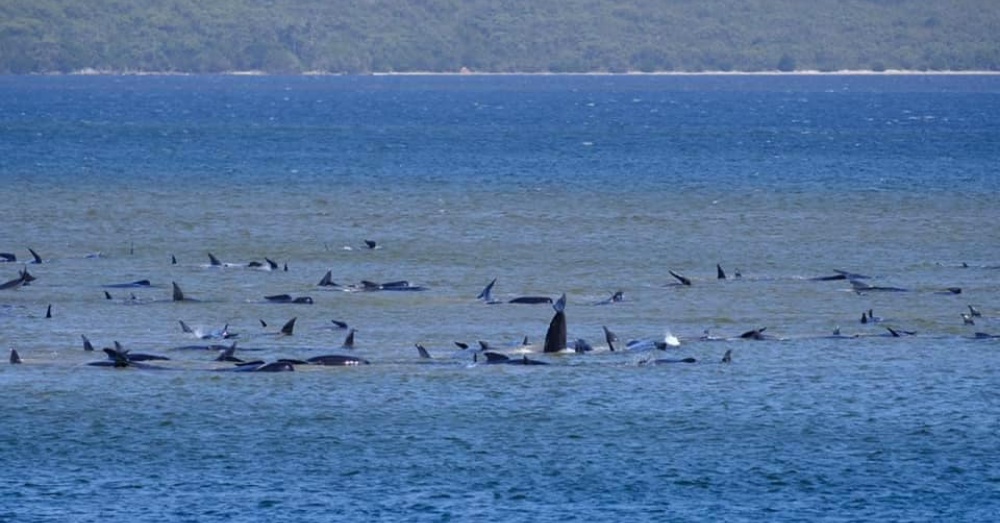 Vanessa Pirotta, marine scientist, explained, “Unfortunately in this case, we might have had a misadventure or some individuals may have navigated in the wrong way and now they’ve become stuck and stranded.”

The rescue crews will do their best to save the pilot whales, but ask the general public to please avoid the area.

Check out the news coverage on the stranded whales in the video below.