This Couple Had An Engagement Photo Shoot. When I Saw Who Stole The Spotlight, I Couldn’t Help But Smile!

Kristin Hartness first got her pig, Ziggy, five years ago while she was living in the Virgin Islands. She was told that he was a “teacup” pig and would still be small when fully grown. As many know, these micro pigs will likely not stop growing at the promised 50 pounds or less, and Ziggy certainly didn’t; he’s 250 pounds! 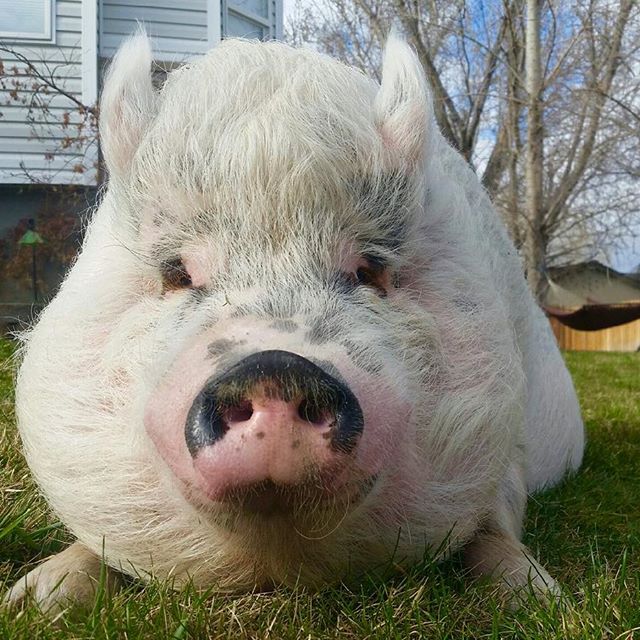 Today, Ziggy spends his days traveling around the country in an RV with Hartness and her fiancé. They had to leave the Virgin Islands because they couldn’t find a place that would let them keep Ziggy. The couple documents their country-wide trip on their YouTube channel, and Ziggy has become an internet sensation and is now known as “Ziggy the Traveling Piggy.” 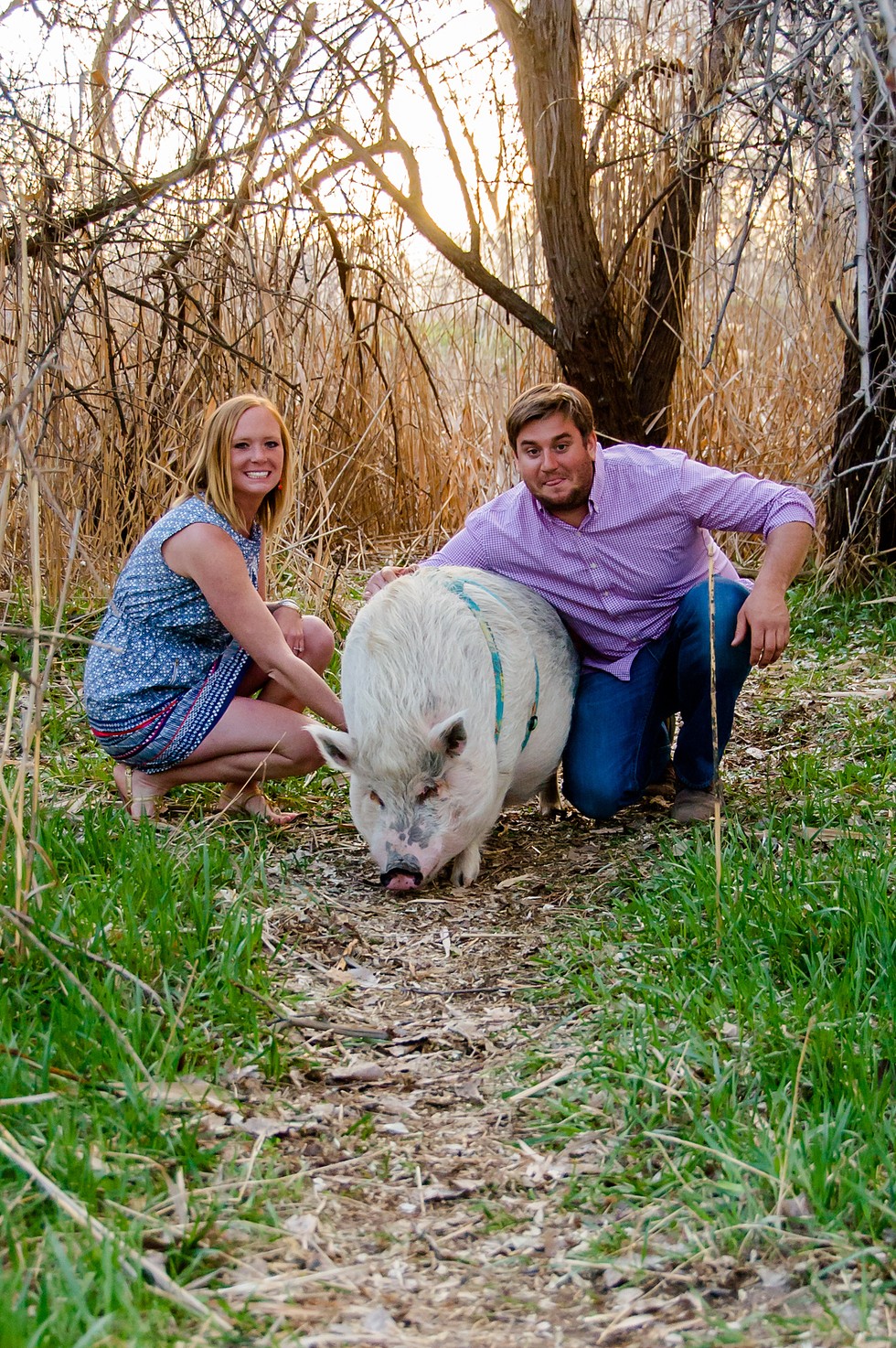 Their latest trip took place in Salt Lake City, Utah, where the newly engaged couple had a photo-shoot done. But of course the spotlight wasn’t on them; Ziggy still managed to steal the show! He made his way into every single one of the photographs. And we don’t mind it one bit! Just look at that big ball of cuteness! 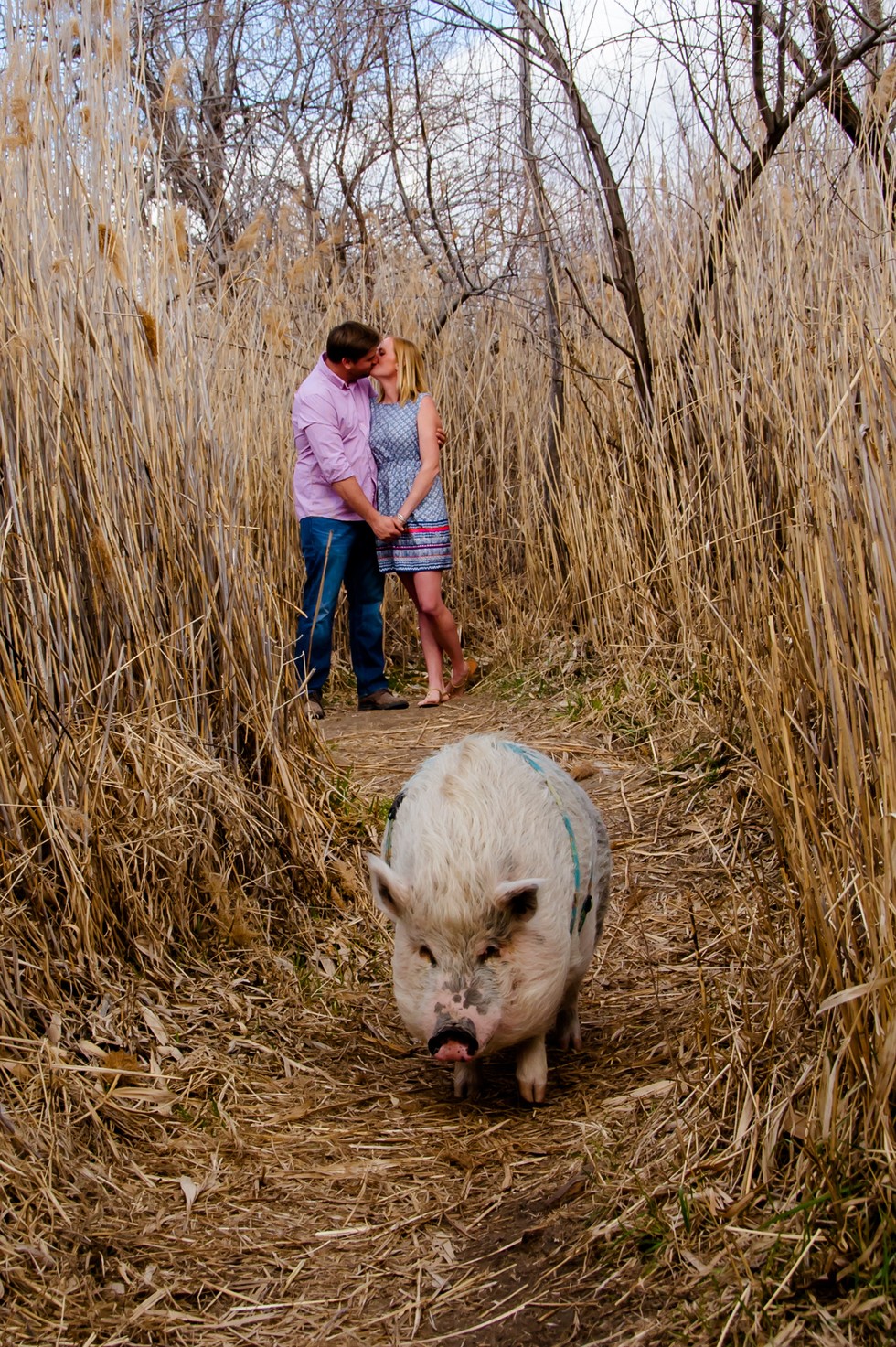