Stray Dog’s Head Was Stuck In A Jar For Four Days, But He Kept Running Away From Rescuers

A one-year-old Pit bull terrier mix, later named Pickle, found himself in a scary situation last week. He was walking around for four days with his head stuck in a large jar.

Staci Szybowicz and her husband saw the poor pup one morning and tried to approach him in order to help, but he was very fast and didn’t want anyone near him. The couple couldn’t keep up, and lost track of where he was.

Szybowicz believed he was starving and tried to eat something from the bottom of the jar when he got his head stuck. The situation grew worse when it disallowed him to eat other food. 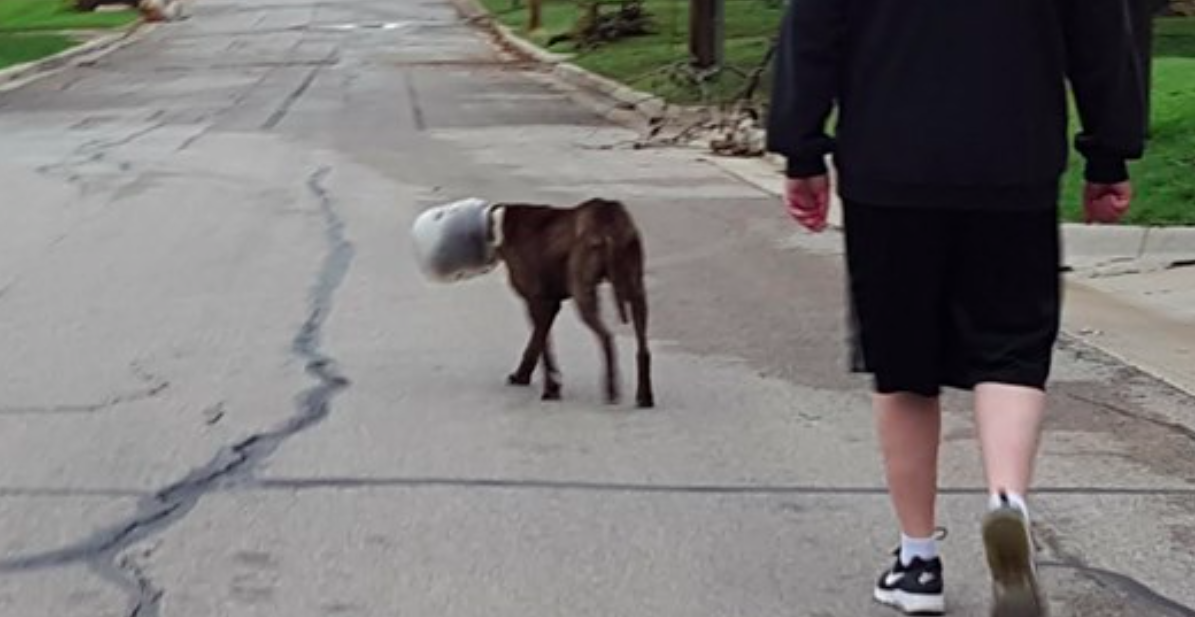 Szybowicz posted an alert message to her local NextDoor site, telling people to keep an eye out for the dog. One of the commenters alerted friends at the local shelter, and then Officer Randal Mize, with the help of Szybowicz, was able to find the dog, pin him down, and pull the container off.

“Eventually, we got it,” Mize told KXVA. “And then the fresh oxygen almost caused the dog to pass out. It was pretty intense.”

Pickle is now recovering at Fort Worth’s animal shelter. Once he is finished with treatment, he will be available for adoption.

As far as his name goes, ‘Pickle’ might not be the best suited. It turns out the container wasn’t a pickle jar, but a cheese ball container!