The Getty and Easy fires that blazed through swathes of Southern California have put many pets and farm animals in the area at risk. All animals that can be relocated are being sent away quickly, and close to 200 have been moved to the agricultural facilities at Pierce College in Woodland Hills.

One of the survivors is a pig that plays the piano.

Pierce College maintains about 30 acres for animals to roam. It’s currently populated mostly by horses, alpaca, and goats, TMZ reports. But, the 15-year-old potbelly pig is one of the most peculiar new residents.

Romeo arrived with a blanket and a piano, though his owner claims he can also play the tambourine. 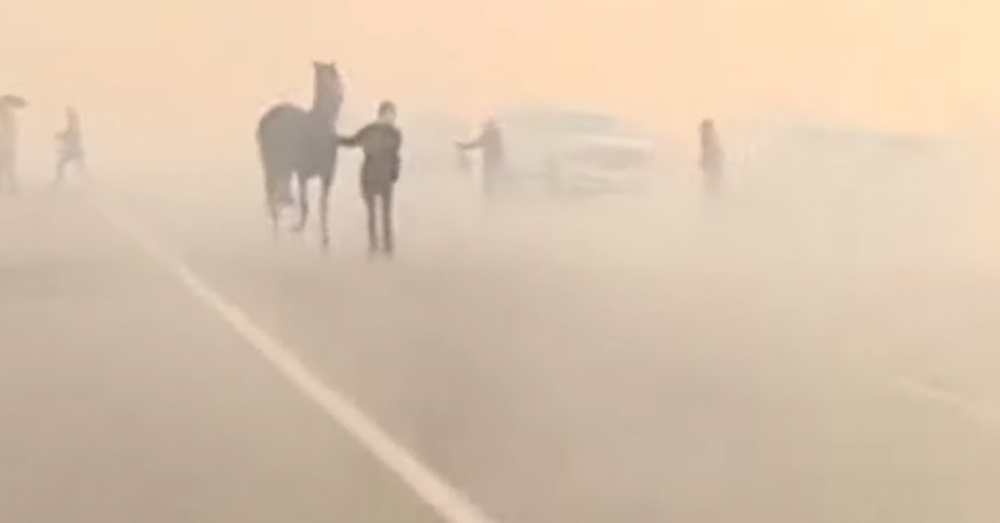 Source: YouTube/NowThis News
The Simi Valley is being choked with smoke and fire.

“We’re told Romeo’s been lifting the spirits of the Pierce College volunteers by playing his unique brand of music,” TMZ reports. “Yes, Romeo’s getting piggy with it.”

Several farms in the Simi Valley have been affected by the wildfires. Thankfully, Simi College has three large barns and temporary pens to hold the animals as firefighters battle the blazes. Students and volunteers have come in to help care for the animals while they are at the college. 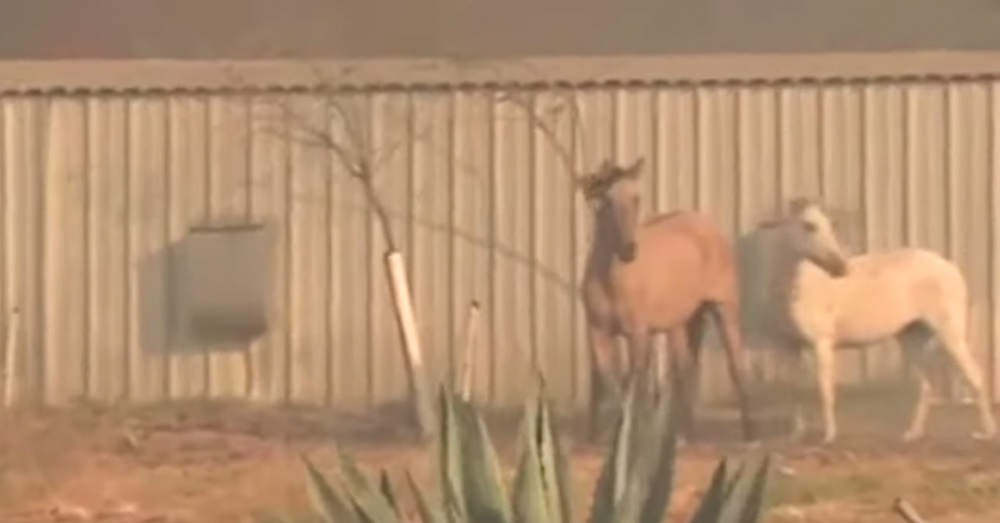 Source: YouTube/NowThis News
Many animals have been evacuated from the path of the wildfires.

There are still more farms being evacuated as the fires spread through Southern California. Those that cannot be housed at Pierce College are being sent elsewhere in Ventura County. Ventura County Animal Services, since the day before Halloween, have been overseeing evacuees at the Ventura County Fairgrounds where more than 100 horses are being kept. Others have been taken to the Humane Society of Ventura County in Ojai or the Earl Warren Showgrounds in Santa Barbara.

Sadly not every animal has been accounted for since the fires began. Some Californians have had to let their animals run off alone as they hurried to escape the danger. 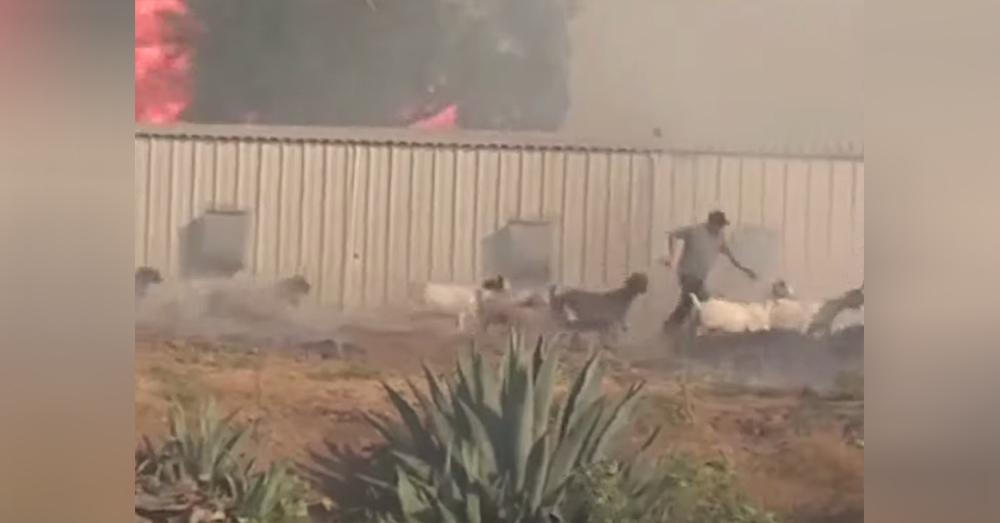 Source: YouTube/NowThis News
Animals have been taken to local fairgrounds and shelters with extra room.

“The whole ranch was surrounded,” Carrie Burke, who helped rescue horses from a ranch alongside Tierra Rejada Road, told USA Today. “We just had to let horses out.”

See Romeo lay down a melody in the video below.