Rescue Dog Phoenix Has A Rare Skin Disease, And A Big Heart

Phoenix is a special dog.

A rare skin condition has discolored and inflamed Phoenix’s face, causing his hair to fall out and baring his teeth in a permanent grimace. 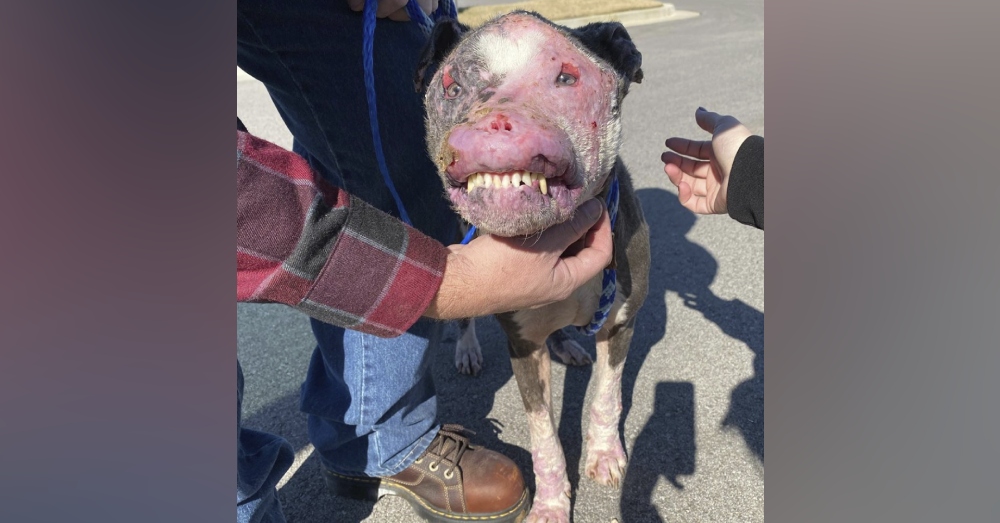 When rescuers found Phoenix on the streets of Collinsville, they were unsure if his condition was caused by disease or abuse. What was certain was that he had been abandoned by his former owner, Bored Panda reports.

Phoenix was brought to Family Animal Medicine in Owasso, OK, where veterinarians were able to take a closer look at his face. 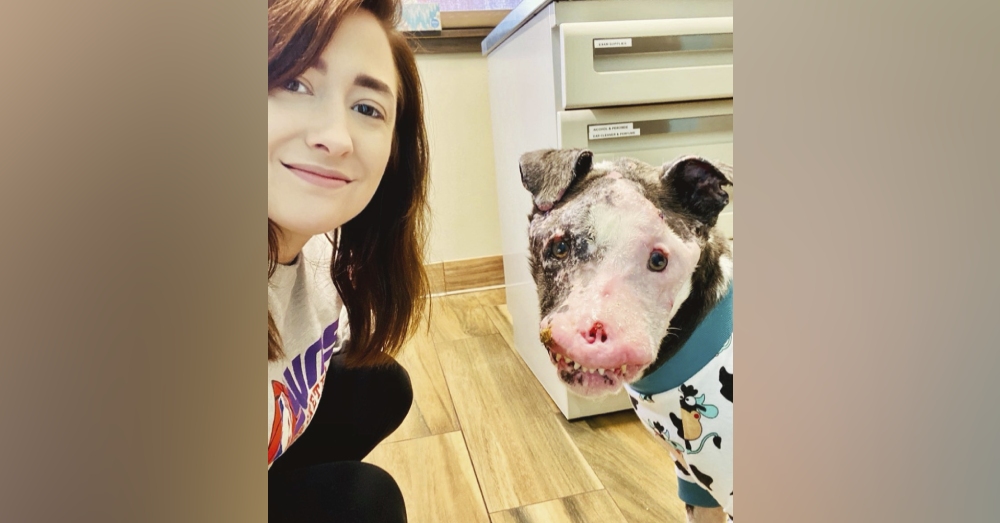 Source: Instagram/phoenixthedawg
The dog was sent to Kansas where specialist veterinarians looked him over.

“We are investigating all possible causes of Phoenix’s condition and running lab work to identify causes of his skin disease. He is being bathed frequently and is on medications to improve his skin health and provide comfort,” the group said.

The people treating Phoenix did not want to give the wrong impression, or infer that his condition was caused by malice, when no proof was available. This prompted them to consider rare diseases perhaps never before seen in Owasso. 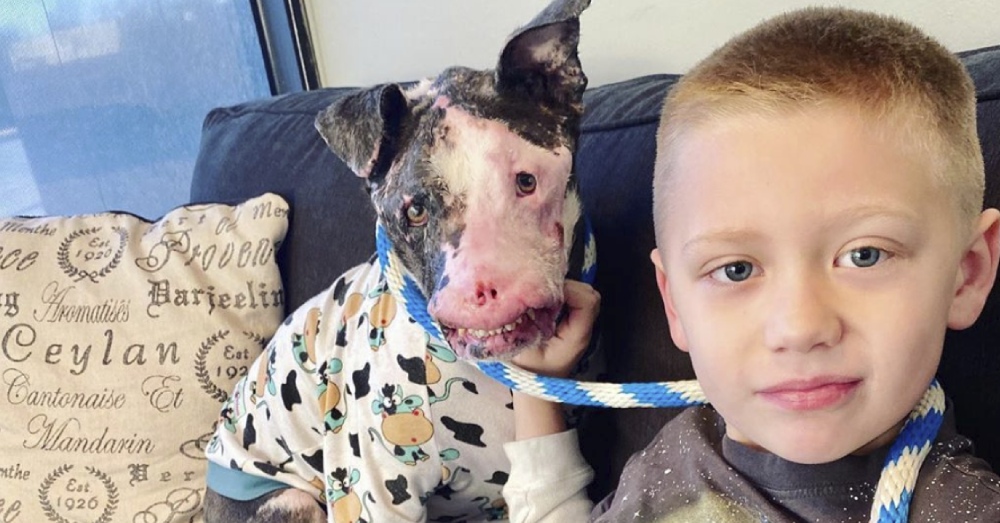 Source: Instagram/phoenixthedawg
Phoneix can’t go outside without sunblock and clothes, or his skin becomes inflamed.

“We were provided evidence from a previous Good Samaritan who has photos of a progression of Phoenix’s facial deterioration,” Family animal Medicine reported. “It is possible there may be a medical disease causing his disfiguration. It is important that we do not automatically assume malicious acts. Animals without homes and proper care, without shelter, food, and water face so many obstacles; especially if they have an underlying medical issue.”

Phoenix was transported to Kansas to see Dr. Karen Trainor, a Specialty Veterinarian who had previously received and analyzed a biopsy sample from the dog. Joined by veterinary dermatologist Dr. David Senter, Trainor has discovered the true cause of Phoenix’s condition. 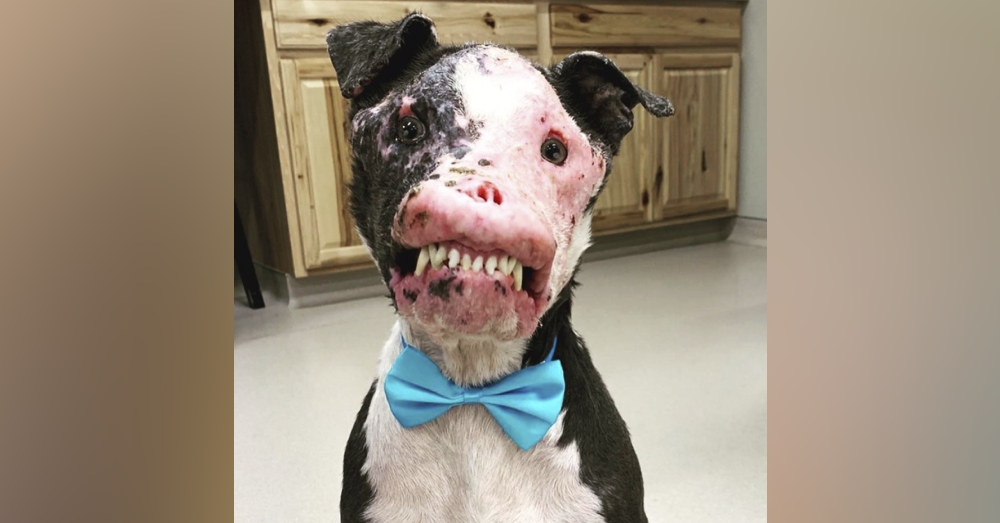 Owing to an auto-immune disease called Systemic Lupus Erythematosus (SLE), the skin on Phoenix’s face becomes inflamed and dry when exposed to the UV light of the sun. It’s unlikely he will ever regrow hair or muscle definition on his face, but he is gaining weight and confidence under the right care.

Phoenix just needs to wear sunblock and a shirt when he goes outside. 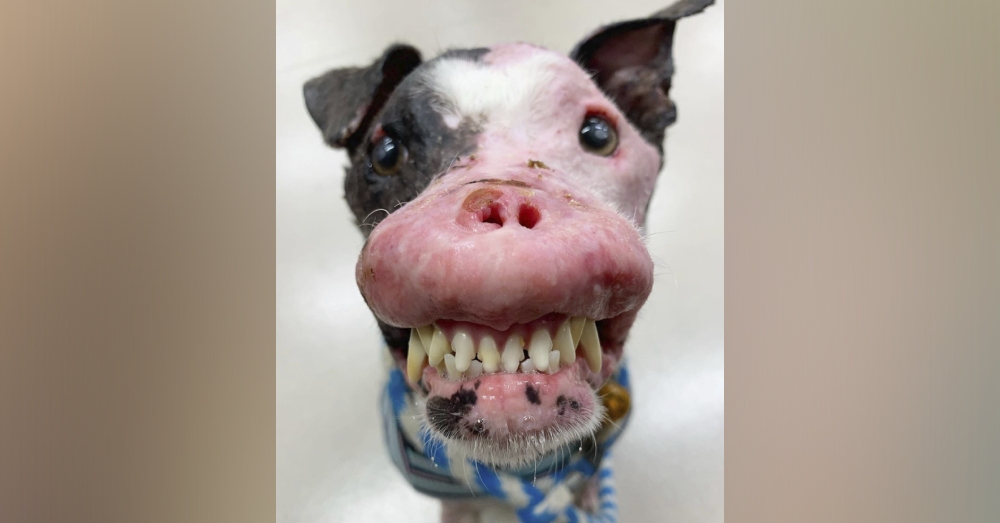 Someday soon, Phoenix will be cleared for adoption from Skiatook Paws & Claws. In the meantime, he is having a lot of fun socializing with other dogs and humans.

Day two. His energy is magnetic. He is a bright light in the dark world of dog rescue. The pitbull spirit is not one to be taken lightly. This breed is not easily broken, though is tried and tested every single day across the country. Day TWO and Phoenix is already showing us all what trust and forgiveness is all about. Although it shouldn’t be, his confidence is through the roof. The world is rooting for Phoenix and I think he somehow knows it. #theriseofphoenix #pitbull #pitbullsofinstagram #rescuedog