The Almeda Fire swept through southern Oregon faster than many residents could react. Memories, homes and entire neighborhood blocks have been burned to the ground by the fast moving blaze.

Phoenix Animal Hospital owner Glen Winters remembers when he first heard the fire was moving through Ashland. He didn’t think there was anything to worry about at the time.

“I started receiving calls that there was a fire going on in the Ashland and Talent area, and we said eh it’s a couple of miles away, we should be fine,” Winters told KTVL. “As the day went on a little bit, we started getting more and more frantic phone calls and that it was getting closer and closer, and so early afternoon we decided to evacuate.” 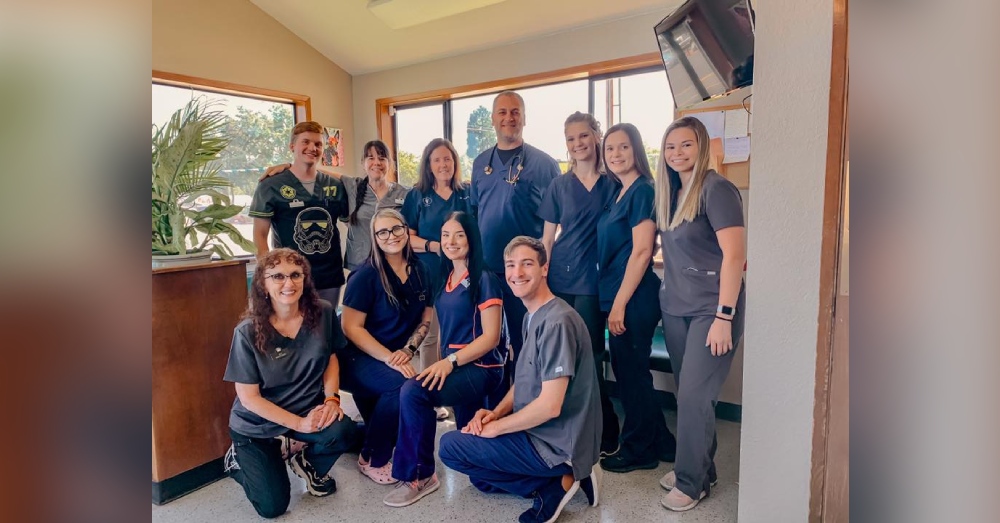 The Almeda Fire eventually reached the animal hospital with a vengeance. Within hours, the entire facility had been destroyed. Thankfully, all the animals made it out safely.

As KTVL reports, Winters and his partner were unable to reach the hospital immediately after authorities closed the local roads. That’s when the hospital staff pulled through in the clutch.

“One of my employees took the 38-pound tortoise home with him, and another employee got a dog to a rescue society that we work with. They were reunited later with their owners,” Winter said. 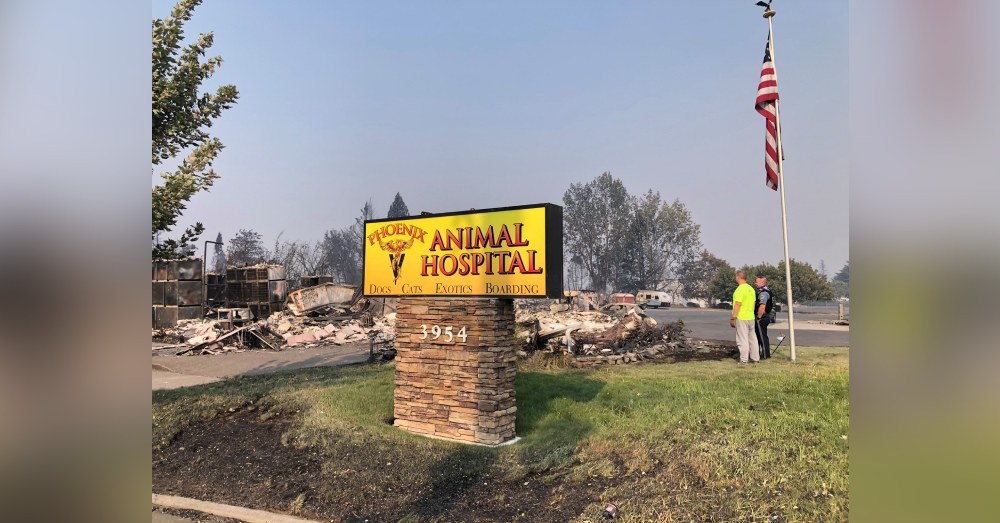 Winters eventually made it to the hospital and began preparing for the fire, which arrived just as quickly.

“As time went on, and the day went on, it got closer and closer,” he said. “I was the last one to leave and when I looked down 99 south, about a quarter of a mile away I could see a 20-foot wall of flames coming towards us, so it was time to go!”

With all the animals safe and the fire closing in, Winters finally left the animal hospital, though he says he wished he would have “grabbed more stuff from the clinic.” Hundreds of thousands of dollars of equipment, supplies and inventory were left behind. 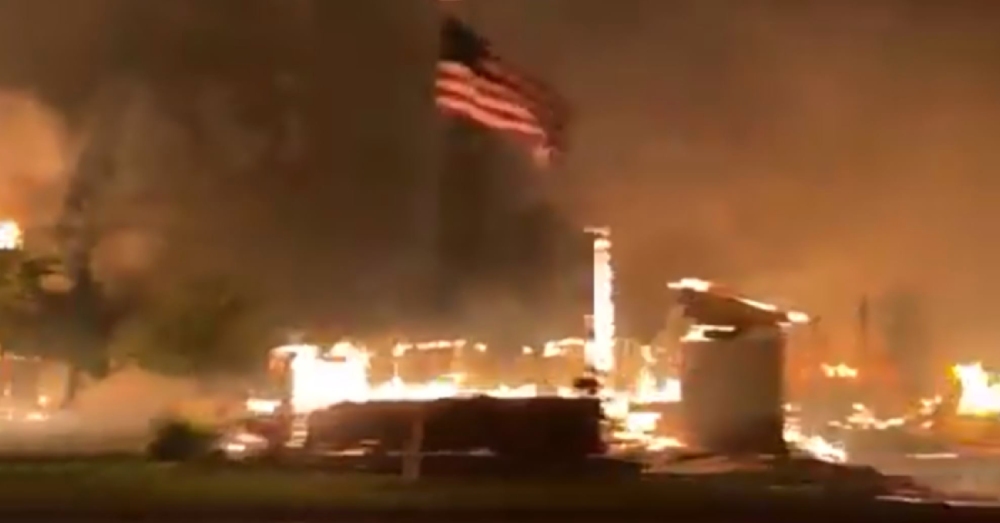 Source: Facebook/Phoenix Animal Hospital
The fire destroyed the building and all of the equipment left behind, though all the animals were evacuated.

And when the fire came, it took almost everything.

“The only thing that went untouched is the American Flag out front and the Phoenix Animal Hospital sign,” Winters said.

The Phoenix Animal Hospital was completely destroyed, but the damages are covered by insurance, and in a few months the hospital will be built again. The American flag that survived the blaze will be hung as a reminder of the hospital’s perseverance. 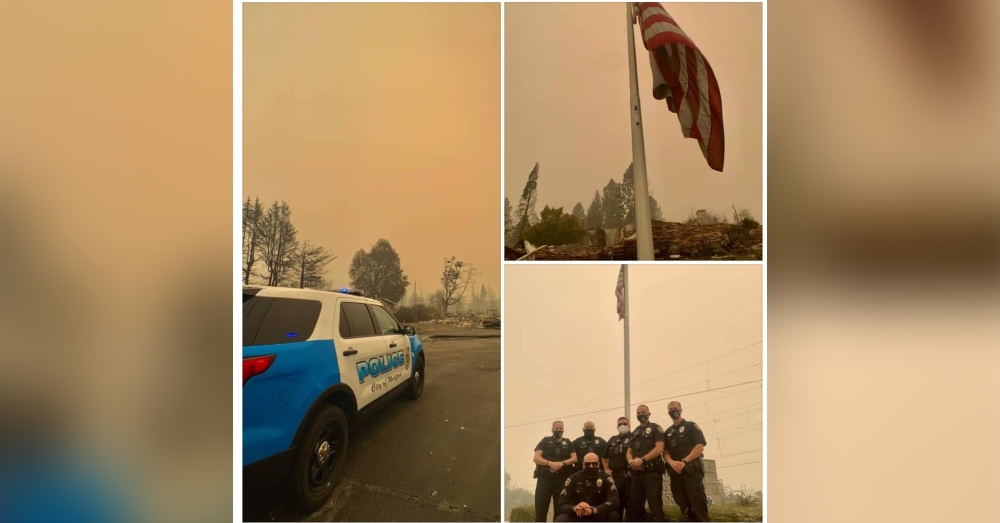 Winters said the local community has been generous in supporting the rebuilding efforts.

“We had so much outpour from the community to help us,” he said. “People who have lost their homes were worried about the clinic,” he said. “They were coming to us to volunteer to carry away the ash, to clear away the property to rebuild, it was absolutely overwhelming how much people were willing to help.”

As the hospital is being rebuilt, animal clinics in neighboring communities are helping Winters’ clients by providing needed prescription medicines, and seeing pets in-person when needed.

Video Captures The Rare And Beautiful Sound Of Gorillas Singing For The First Time Ever: Click “Next” below!