People all over the world are putting their pet’s feeding routine into the hands of technology. Internet-connected feeding machines can save time and making sure furry friends get consistency and a good serving with every meal.

Users of the Petnet SmartFeeder were shocked to find out their devices had not been feeding their pets over the course of a week while the system was offline. On Twitter, a number of complaints were directed at the Petnet Support account, which offered only two responses on Feb. 14.

During the time of the outage, please do not attempt to tur your SmartFeeder off/on. We will continue to provide updates on this matter.

It wasn’t enough to fix the problem, or make their users happy. 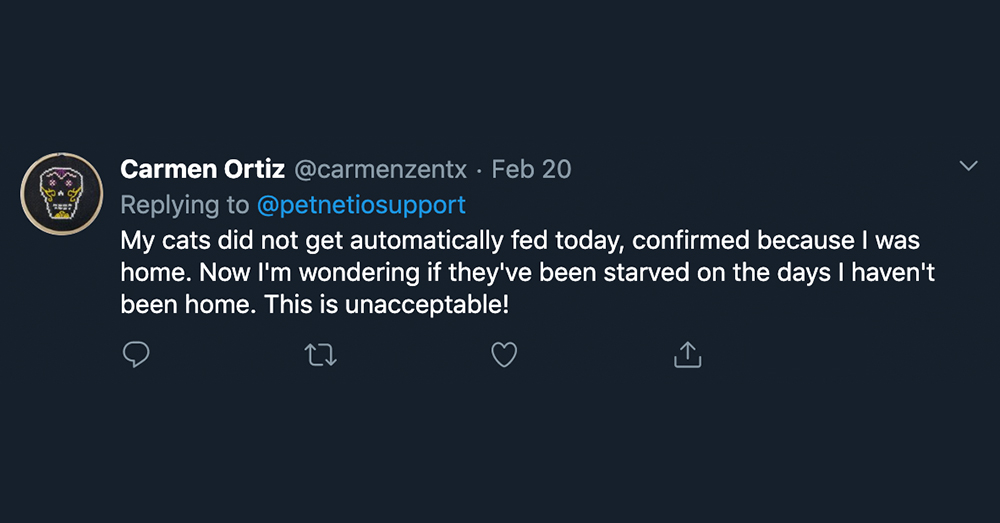 @petnetiosupport we need a update. Like NOW. We have all spent hundreds of $$ on your product. To have no phone to call. Email not working. Facebook messages ignored the only thing you have given us is a twitter message. This NEEDS to be updated NOW. WHAT IS HAPPENING

Where are the updates on this matter??? Its been 3 days and the auto feeder isn't even feeding my dog at all.

According to Newsweek, emails to the company’s support line bounced back. The only updates users received were given on Twitter. More than three days later, Petnet offered another.

“Our team is working closely with our third-party service provider in regards to the outage affecting the SmartFeeder (2nd Gen). We hope to release more information as we learn more. We apologize for this inconvenience.”

System Update: Our team is working closely with our third-party service provider in regards to the outage affecting the SmartFeeder (2nd Gen). We hope to release more information as we learn more. We apologize for this inconvenience.

Petnet finally told users that the system had been restored on February 21, nearly a week after the first complaints were lodged. Users were told to turn their units off and back on again. 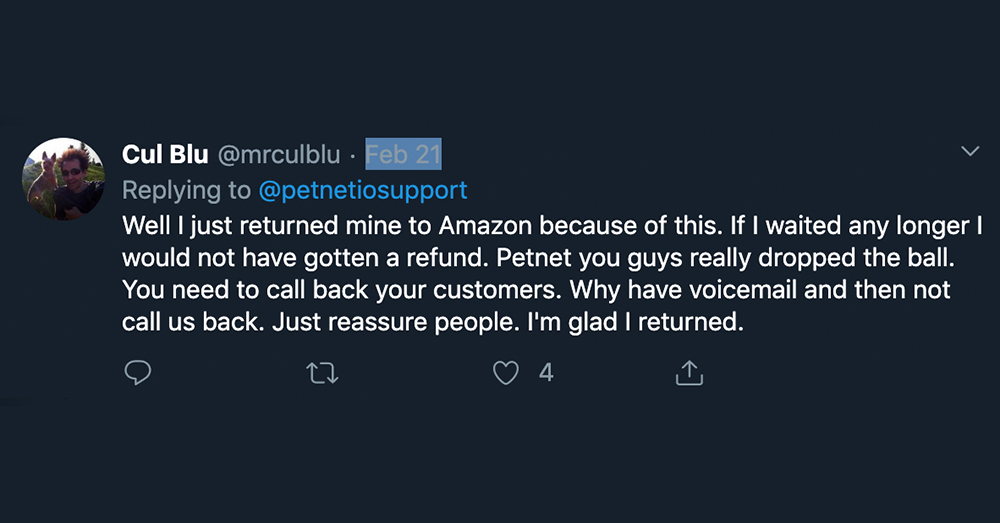 The food flowed once more, but the incident has done irreparable damage to Petnet’s reputation, especially on Twitter.

@petnetiosupport @Petnetio @amazon @amazonlaunchpad All my boys wanted to do was have dinner but thanks to PetNet and never responding to 30+ emails and server outages and now jammed units for weeks and bounced customer Srvc emails crickets.#hungry pic.twitter.com/g8p6cYueGW

My cat starved for over a week. Tech support with your company stinks. So glad I returned mine. I have been so vocal, I thought you shut down. Talk to your customers don't hide or ignore. Terrible experience.

“My cat starved while we were out of town, ended up having neighbors needing to save her,” one user wrote. “Cat was so starved she was acting an attack cat when they tried to come into the house. Glad (and rather surprised) that the feeder was up and running when we got home.” 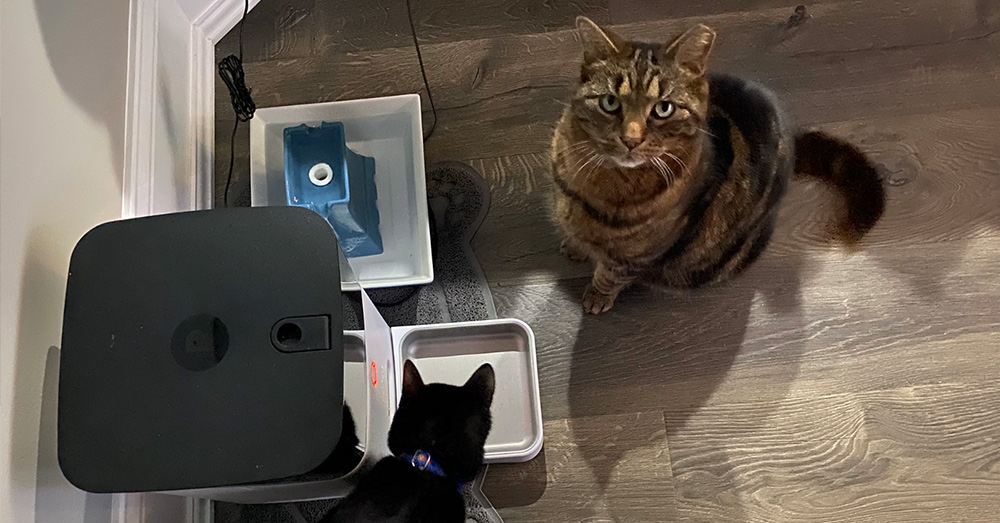 Users meanwhile took their frustration to Amazon, sharing even more of their experiences in the form of negative reviews. Scroll through those long enough and readers may find this isn’t the first time Petnet feeders have been rendered useless by system outages. A similar incident occurred in 2016.

“We are experiencing some difficulty with one of our third party servers. This is currently being investigated,” Petnet emailed users and posted to Twitter. “Please ensure that your pets have been fed manually.” 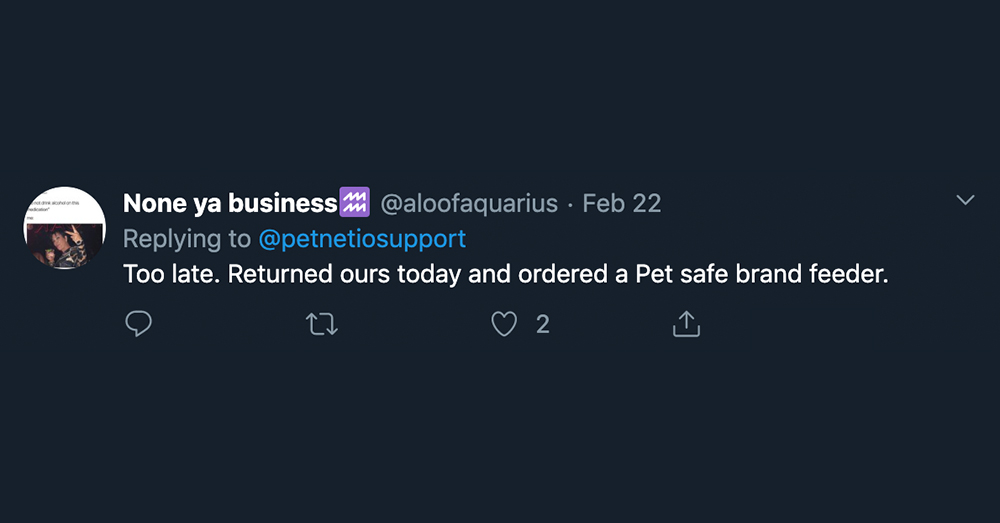 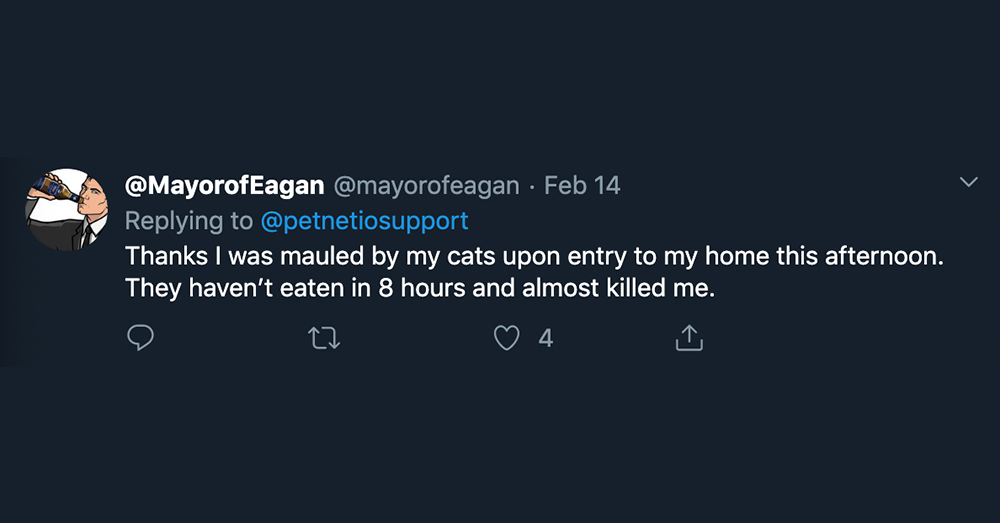 Much to the dismay of busy pet parents, technology has yet to provide a solution to feeding hungry pets at home that does a better job than doing it yourself. That’s a fact some may no longer want to test.

“As we go towards a more automated home you have to acknowledge that, somewhere along the line, things will fall over,” Stuart Miles, founder of the tech site Pocket-Lint, told the BBC.

“Robots and automated systems have hiccups along the way, it’s something we need to get used to.”

This Dog Looks A Cat, A Drunken Fox, Or Maybe A Baby Bear…Reddit Is Going Crazy With Theories: Click “Next” below!