Brave Dog Risked Everything To Protect His Family From A Bear

Pete, a senior Setter, showed his bravery and became a hero after protecting his family from a black bear.

Pete’s dad runs a pet sitting company called Me & My Shadow Pets. Leash-less pack hikes are a typical occurrence and loved by all the dogs. It was just another hike in the wilderness of New York State until the pack encountered a black bear.

The black bear was startled by the dogs and attacked. The brave boy, Pete, held off the bear so his dad could get the others to safety. Once the dogs were safe, his dad returned and chased the bear off, but Pete was gravely injured. 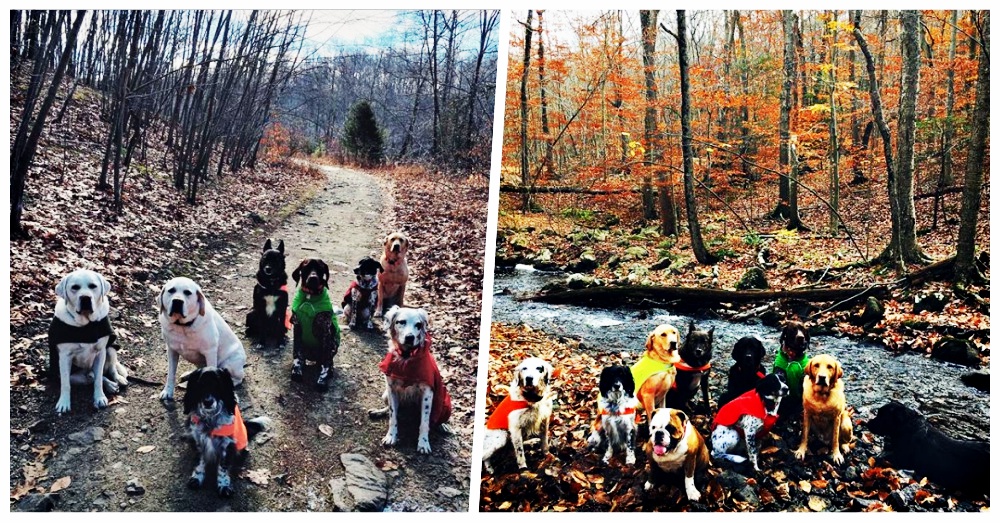 Pete was brought to a vet and x-rayed only to find out he had severe spine damage and would never walk again. He also would need multiple other surgeries, and they were not sure if he would make it through them with his age. Pete died a hero.

His dad posted this on social media.

Below is an account from my husband of yesterdays pack walk. “Today we lost our brave, old man Pete. The dogs surprised a black bear just off the trail while we were hiking this morning. It must not have heard or smelled us with the pouring rain. It felt threatened and turned around. Pete stepped up and held off the bear until I could get the other dogs to safety. Once I was sure they were safe, I went back and scared the bear off, but Pete was gravely injured. I was able to get him back down to the main trail and, thanks to Cathi and Kate, we were able to get him in a car and to the hospital pretty quickly. He held on like a real trooper the whole time, and he was never alone in his pain. The x-rays revealed some pretty bad spinal damage that would mean he could never walk again, if he survived all the surgeries (not a certain thing at his age). We decided it was best to let him go this afternoon. Run free Pete, you no longer have all those aches and pains of old age. You had a great 18 months with us running the days away like you loved.” Please light a candle for Pete and remember that fostering and rescuing a dog can sometimes save you. Senior dogs have so much to give. Love you Petey. Save me some cheese for when we see each other again. ❤️💔❤️

Dogs are loyal and brave beyond belief. Click “next” for another dog hero story.