When Emma Zen was just a puppy, the 4-month-old dog had the misfortune of being trapped in a wildfire. Firefighters rescued the puppy and brought her to a California shelter, but nobody ever came to claim the baby Great Dane/Black Labrador retriever. 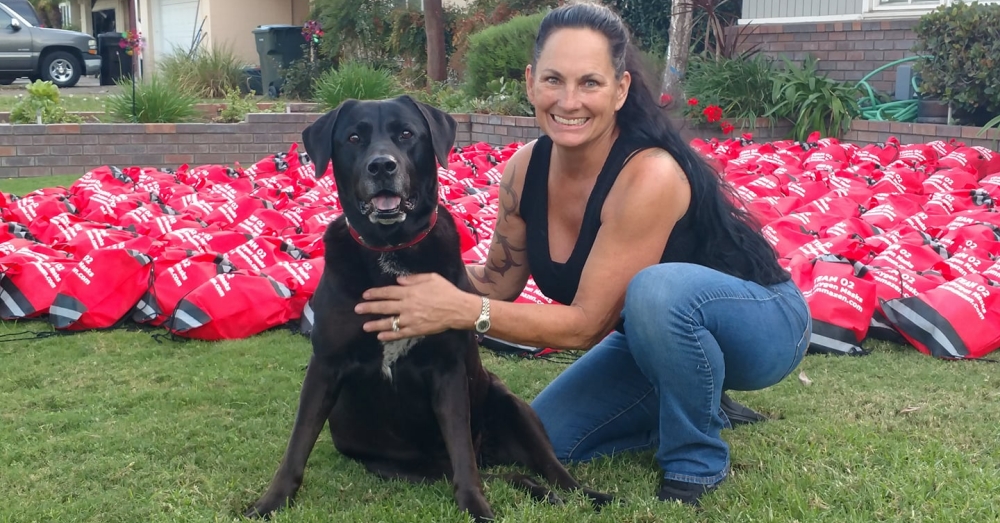 Emma Zen’s backstory also inspired Debra Jo’s next rescue mission: to save other animals from deadly wildfires. Regular oxygen masks don’t fit over a dog’s snout, but four-legged fire victims still need oxygen to recover from smoke inhalation, just like their human counterparts. This dangerous dilemma led Debra Jo, who spent years working with firefighters who’d been burned on the job, to begin donating pet-friendly oxygen masks to fire departments, and then showing crews how to use them — thereby helping them save injured animals who’d been trapped by the flames. 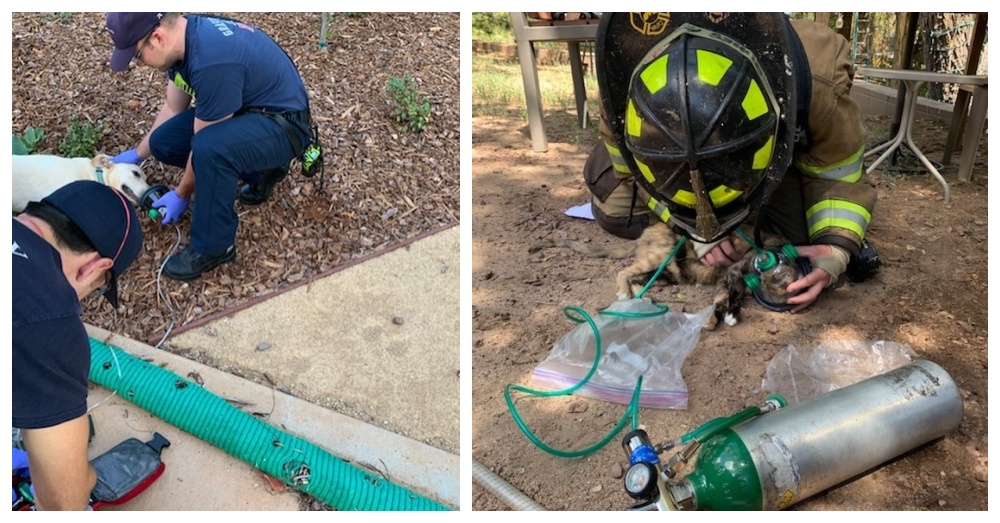 “I’m pretty sure Emma has been in about 90% of the fire departments on the West Coast,” saidDebra Jo, recalling how they used to stop and introduce themselves every time they saw a fire station. Now this pet-loving pair has donated 7,500 life-saving oxygen masks to fire departments and first responders via The Emma Zen Foundation.

Sometimes Debra Jo hears from grateful pet owners whose pets she’s helped save. One of the most heartwarming stories involved Penelope, a puppy whose family contacted Debra Jo after firefighters used one of Emma Zen’s masks to save the young dog’s life after a deadly fire. “The mom said her children weren’t really affected like the adults were when it came to property. The only thing they knew was life, and their puppy had it because of us,” Debra Jo told TODAY. “It just touched my heart in ways I don’t think I’ve ever felt. The adults knew the devastation and the children only knew life.” 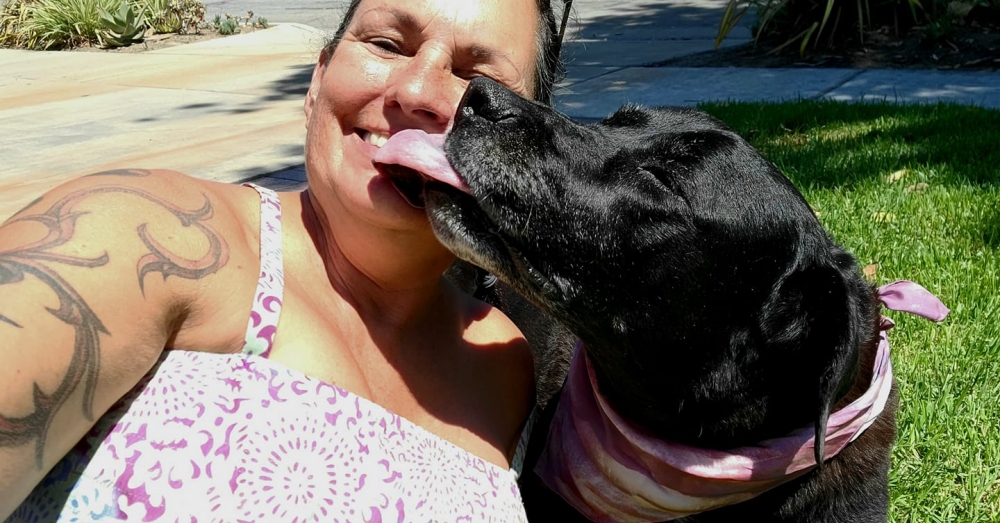 These days, Emma Zen — now 13 years old — isn’t moving as quickly as she used to, but her namesake foundation is busier than ever, both because of its life-saving mission — which is more vital and timely than ever — and generous funding from donors. “If I died tomorrow, we left behind — Emma and I — something that means more to me than anything, and that’s the animals on this planet,” Debra Jo told TODAY. “This has been my biggest accomplishment, and I was led there by a dog.”