Meet Blake, an 8-year-old doll face Persian cat that’s taking over the internet. Although cats can’t talk, Blake has mastered the art of communication. There’s no doubt as to what the fluffy cat wants and it’s always treats.

He forgoes the typical method of flattery and goes for a more direct approach. He simply points to what he wants – treats. His mom claims his method was self taught.

The adorable cross-eyed cat gently paws at his humans to capture their attention and then bats at the jar of treats. He’s persistent in his demands and thankfully his antics were captured on video for the world to see. 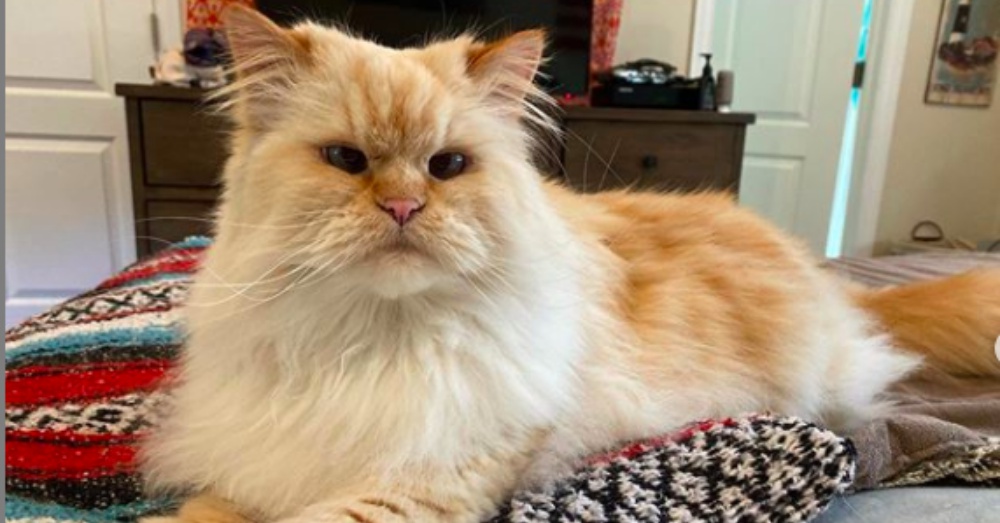 Multiple videos have been posted by his mom, Paige Evans, on TikTok and Instagram. His debut video has been viewed by over 4 million people and was perfectly caption, “He knows what he wants.”

It didn’t take long for Blake to discover he could use his charm and technique to get other things we wanted, like running water. Another video showed the fluffy feline pawing at the faucet and then his mom turned it on. He has her well trained…

Blake shares his home with two other feline siblings, Logan and Harley. While they may not demand treats the way Blake does, they reap the rewards of his efforts. While most of the videos don’t show Blake getting a treat, he definitely gets his share and then some. 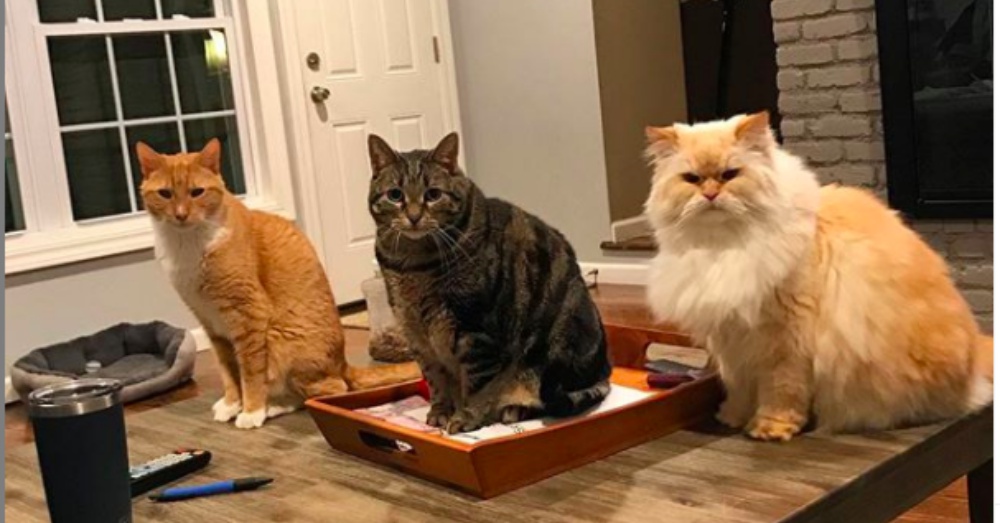 To prove he is spoiled, a video was posted of him diving into a jar of treats.

People around the world have fallen in love with the charismatic feline with over 40k followers. Check him out on Instagram and be sure to share with all your cat-loving friends.

Reese Witherspoon Recreates One Of Her Iconic Movie PostersWith Her Dog: Click “Next” below!

Reese Witherspoon Recreates One Of Her Iconic Movie PostersWith Her Dog 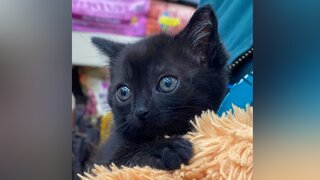