The phrase ‘when the cat’s away, the mice will play’ recently was updated to ‘when the guests are away, the penguins will play.’

Shedd Aquarium in Chicago temporarily closed its doors to the public amid the coronavirus pandemic. However, people are still being entertained by the animal residents – especially the penguins.

Caretakers decided to change things up and allowed some rockhopper penguins to roam free and see what it was like to be a guest. Instead of being starred at, they were the ones that were peering through the glass. “Without guests in the building, caretakers are getting creative in how they provide enrichment to animals,” the aquarium told The Chicago Tribune, “introducing new experiences, activities, foods and more to keep them active, encourage them to explore, problem-solve and express natural behaviors.” 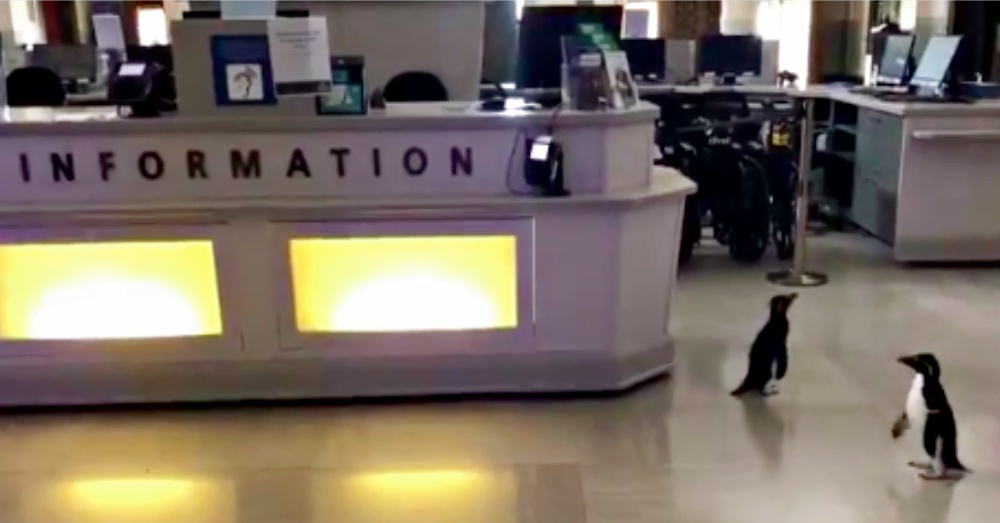 A video was posted by the aquarium of a resident penguin named Wellington visiting with the fishes. “Penguins in the Amazon?! Some of the penguins went on a field trip to meet other animals at Shedd. Wellington seemed most interested in the fishes in Amazon Rising! The black-barred silver dollars also seemed interested in their unusual visitor,” tweeted the aquarium. The video went viral, viewed over 2.7 million times, and was a welcomed distraction from all the negative news. 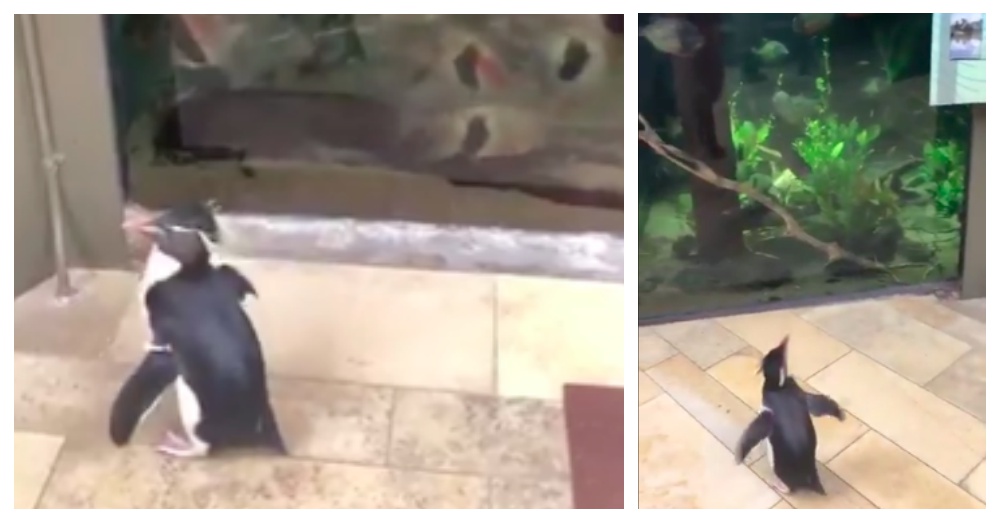 This was just the first of many videos. Two bonded penguins, Edward and Annie, strolled around the aquarium in another video. The pair will begin building their nest for nesting season next week, which will be shared digitally. Shedd told their followers to check back for more videos featuring Wellington, other rockhopper penguins, and more animals. They even asked people what animals they wanted updates on. 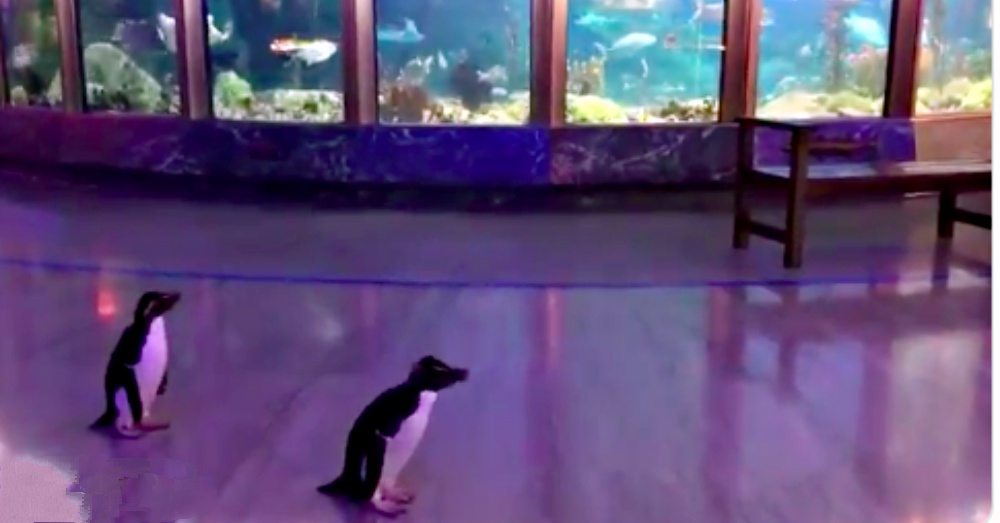 Watch Wellington admire the fish in the video below and don’t forget to share.

Penguins in the Amazon?! 🐧🌴

Some of the penguins went on a field trip to meet other animals at Shedd. Wellington seemed most interested in the fishes in Amazon Rising! The black-barred silver dollars also seemed interested in their unusual visitor. pic.twitter.com/KgYWsp5VQD