A pit bull mix was found lying outside on a pile of branches and leaves, in really bad shape. She was shaking, very malnourished and emaciated, and definitely would have died if she wasn’t rescued when she was.

Rescuers from World Animal Awareness Society made it their job to save this poor pup. Cathy Gray, one of the volunteers, kneeled down and approached the dog. She gave her some treats to let her know that she was there to help. 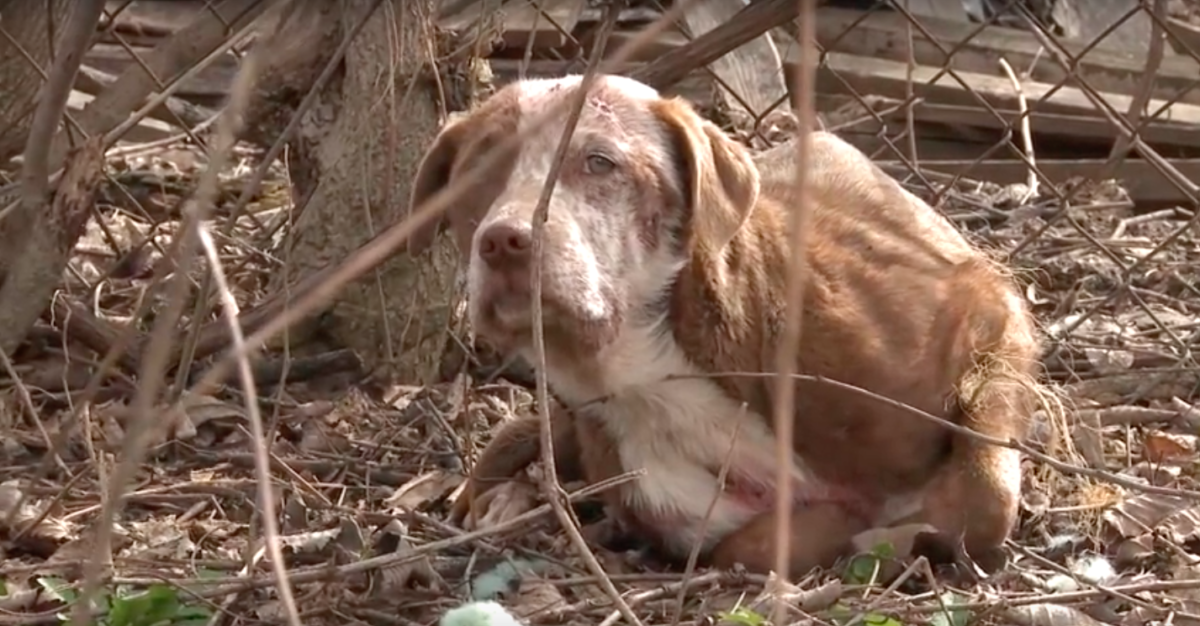 As they got closer, they noticed the wounds and mange all over her body. She also sadly had twine embedded into his skin which was very painful to her. They also saw that her adult teeth were just growing in, which indicates that she is a young dog.

They then called someone from the Michigan Humane Society to come and help. They put a leash over the dog, who sat there and allowed him to pick her up with no problem. The dog definitely knew she was finally being rescued, and she was relieved. 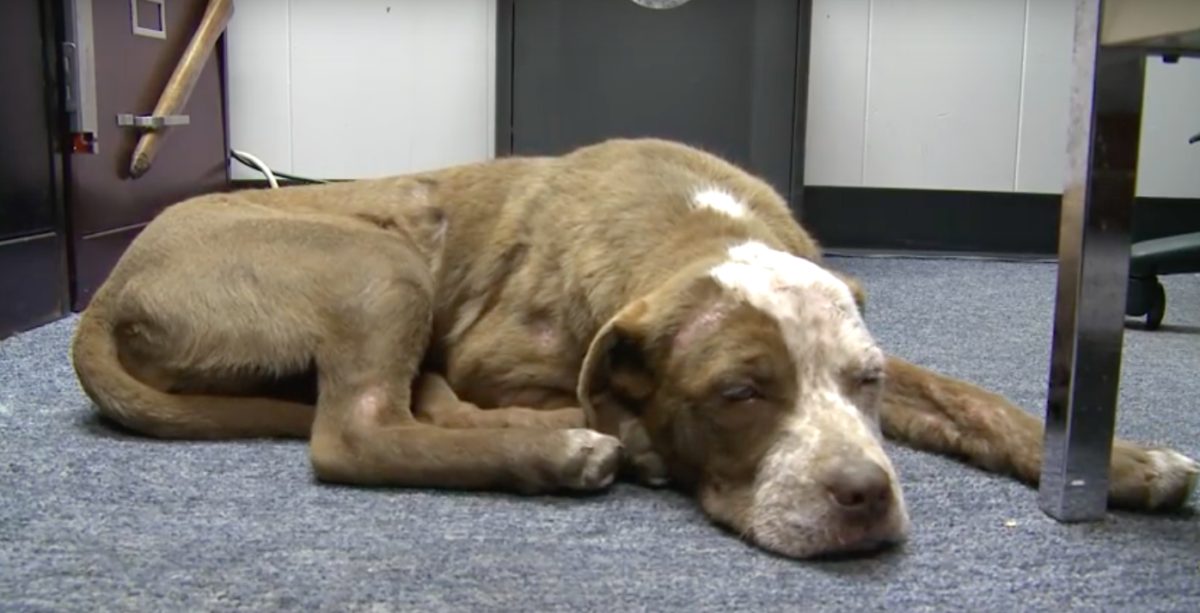 They brought her back to their facility where they examined her. They estimated her to be around six months old. She had internal parasites as well as demodectic mange with a secondary skin infection that they were treating, and she was responding really well.

Initially, all she wanted to do was sleep; she was just so exhausted from the whole ordeal and everything she had been through. But while under their care, she has since come out of her shell and is a very friendly and sweet pup. They decided to name her Penelope. 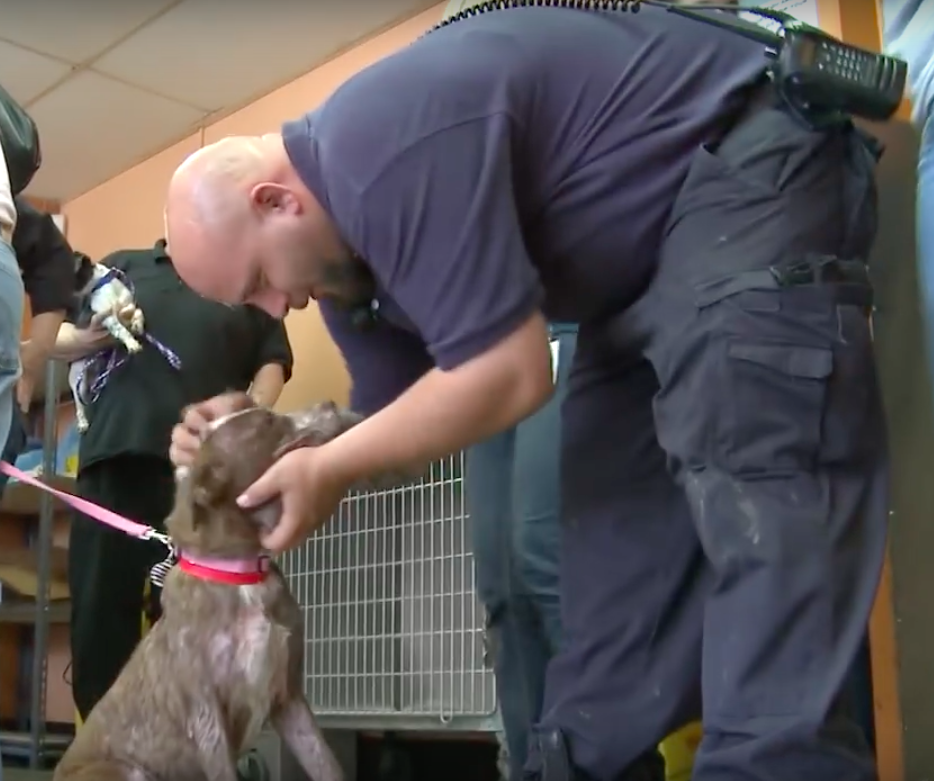 A month later, she was already looking and feeling so much better. She then joined Refurbished Pets of Southern Michigan’s prison program, where they pull dogs from shelters and animal control facilities and send them to prison for training with inmates. Penelope is a dog who definitely needs the extra attention, so they figured that this program would be a great fit for her.

After five weeks of recuperating with Cathy, Penelope was finally ready for three months of training at Florence Crane Lakeland Correctional Facility. During the program, they learn basic commands as well as many different tricks. Once in the program, she will also be available for adoption! 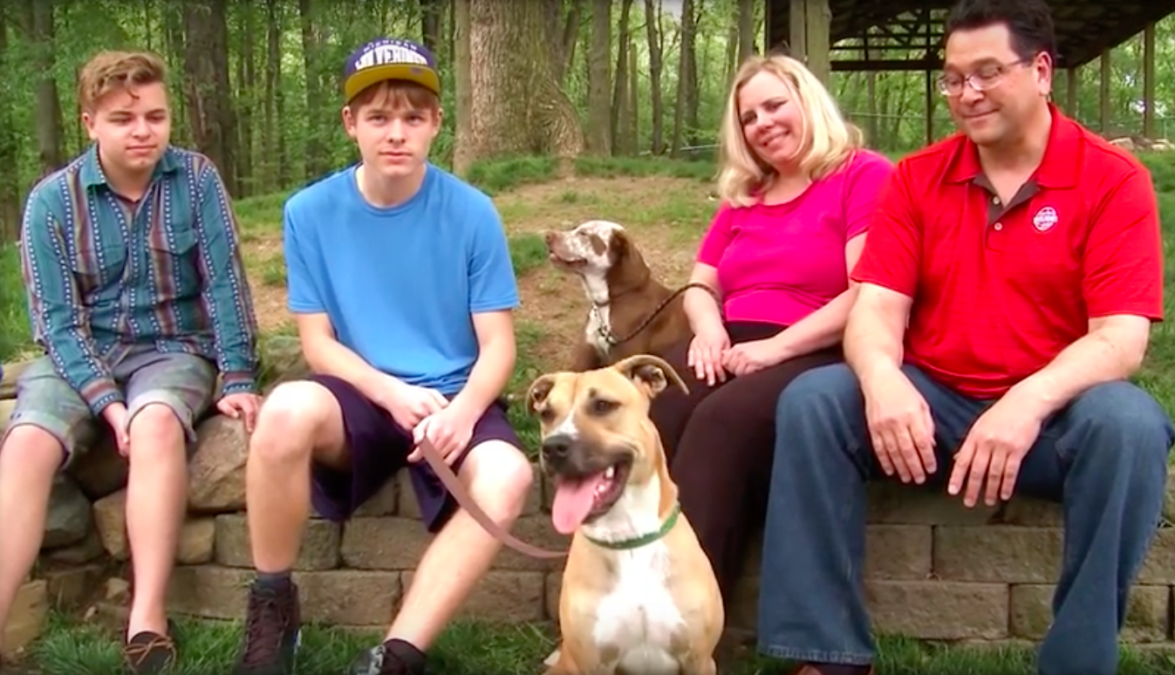 Penny did great in the prison program just like they knew she would, and now it was time for her to find a forever home. Thankfully that didn’t take long, and Penelope went to live with her new family, the Falzones! Their friend had sent them a video of Penny from Facebook, and the Falzones fell in love with her immediately! Not only that, but they also adopted Penny’s best friend, Barkley, too!

It’s been a long journey for Penny, but now she can finally relax and enjoy life as a dog! Watch her in the video below: