Student Refuses to Send Class Pig She Raised to Slaughter, So She Devises Heroic Rescue Plan Instead

After being raised since he was a baby by Erica, a college student, for a class where they taught animal studies, Pecan the pig was slated to go to market for slaughter at the end of the semester. Although Erica knew about Pecan’s fate from the start of the semester, she had no idea that the adorable pig she raised, loved and with whom she formed a strong bond would tug at her heart strings so hard that it would bring on a change of heart. But he did. By semester’s end, Erica realized that having Pecan end up in a meat market was not an option. She had to do something to stop it. 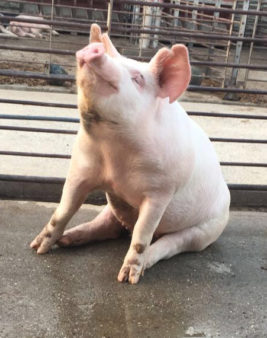 “Erica thought she would be OK with Pecan going to market,” said Gabrielle Stubbert, founder and president of Tamerlaine Farm Animal Sanctuary in Montague Township, NJ. “As she raised Pecan she realized how special, smart and intelligent he was and got very attached to him.” 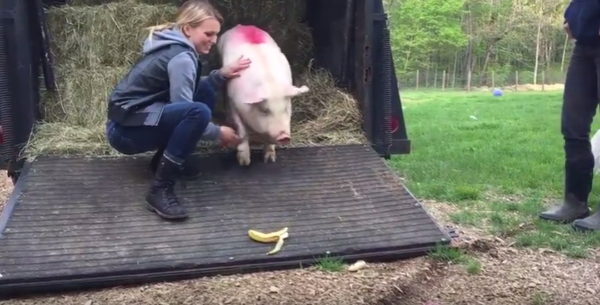 Knowing that his fate was the slaughterhouse, Erica was unsure of what to do to stop it until her best friend’s sister entered the picture who offered to help, saying, “Oh no, this pig is not going to market. We are going to save this pig!” 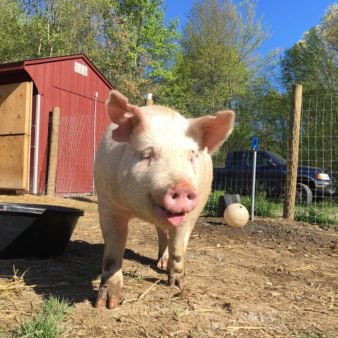 There are some college students who do not realize the animals they raise in class will end up at slaughter, and that can be devastating. A former animal caregiver at Tamerlaine experienced it firsthand. “She took the class at her school and raised a sheep who was a grand prize champion,” Stubbert said. “The next year the caregiver went back to school and wanted to visit the sheep. She was devastated to find out the sheep was sent to market after the class ended.”

And so Pecan’s fate was going to change.