So This Guy Shows up To A Dog Park, Covered In Peanut Butter…

“It was my first year, and I didn’t do any kind of studying at first. I just kind of jumped in.”

Those are the foretelling words of Steven Shrout, 25, a man who wound up at a Deep Ellum, Texas, dog park, naked but for a gold Speedo, and covered head to toe in peanut butter.

For the uninitiated, fantasy football can drive participants to do wildly impractical things. Participants are obliged to build and analyze their teams meticulously, from draft day to the final game. They scrutinize every offensive and defensive play, every on or off-field injury, even players’ personal lives to make sure their virtual teams score higher than the opponents. 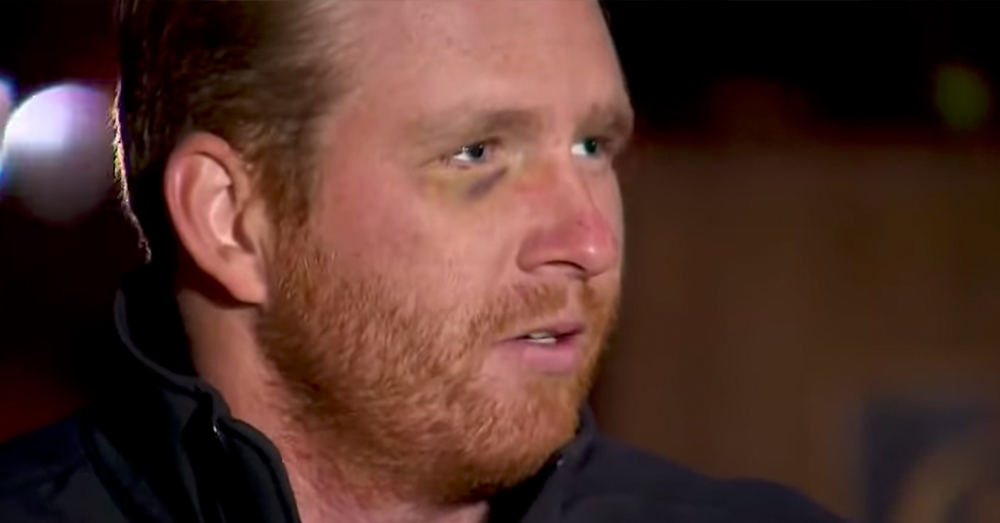 Before this year, Shrout had actually never played in a fantasy football league. He drafted LeVeon Bell in the first round, but Bell never even saw a minute of game time, as his contract couldn’t be finalized before the official NFL season began.

He let an algorithm select the rest of his team, but the auto-draft was less than kind to Shrout.

“I ended up being dead last,” he told WFAA. 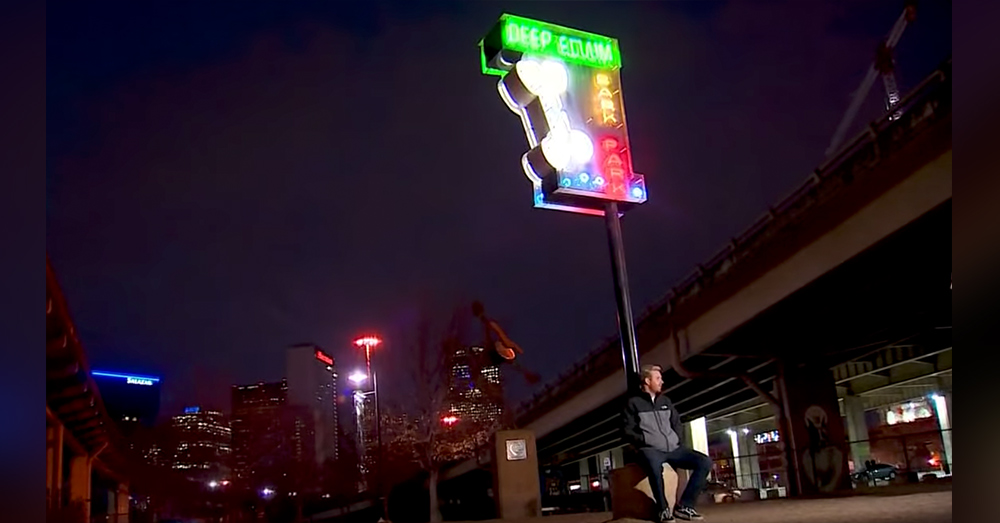 Source: YouTube/WFAA
Shrout was forced to make a tough decision after coming in last in the fantasy football league.

The league was even less forgiving. Shrout was faced with either paying the league’s champion an extra $250 on top of the $250 buy-in, or taking the dare.

He chose the dare. 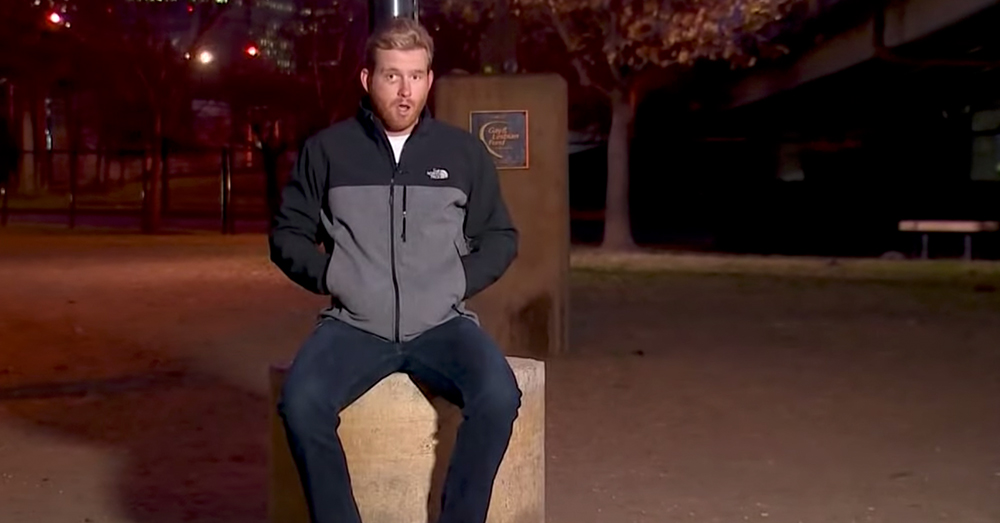 Source: YouTube/WFAA
Shrout either had to pay $250 or walk through a dog park covered in peanut butter.

“My strategy was to do it as fast as possible, and hope that not many people would see me,” Shrout said.

And, were it not for him being covered in peanut butter, wearing a gold Speedo, his strategy may have even worked — notes for next season, perhaps. 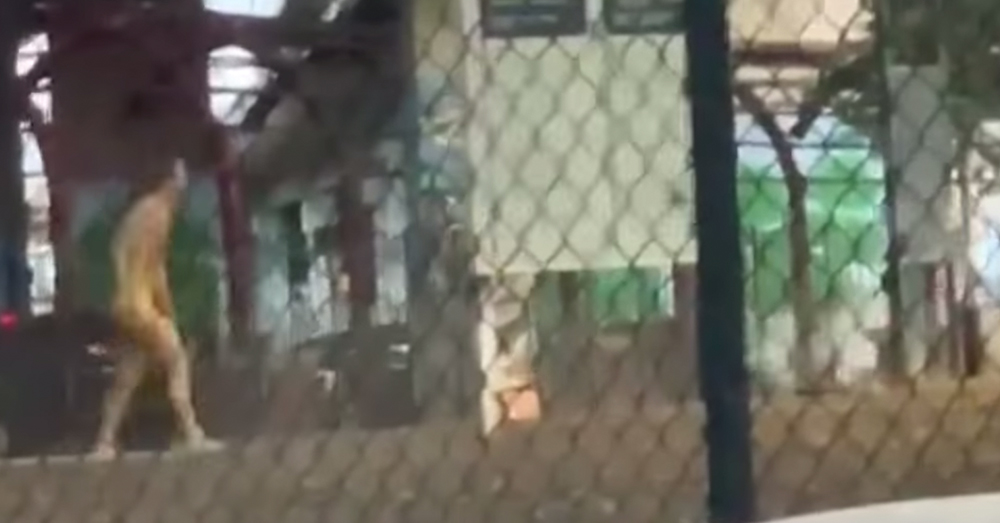 Source: YouTube/WFAA
Shrout’s arrival at the dog park was caught on camera.

“There was a couple who walked by me down the sidewalk, they both said ‘EWW’ and walked by so fast after that,” Shrout said. “A lot of them just wondered what I was doing, and then when I said I lost a bet, they all laughed.”

Shrout’s league mates cut him some slack after 5 minutes. They didn’t force him to humiliate himself for the full 10, as league rules stipulate.

They did catch it on camera, though. 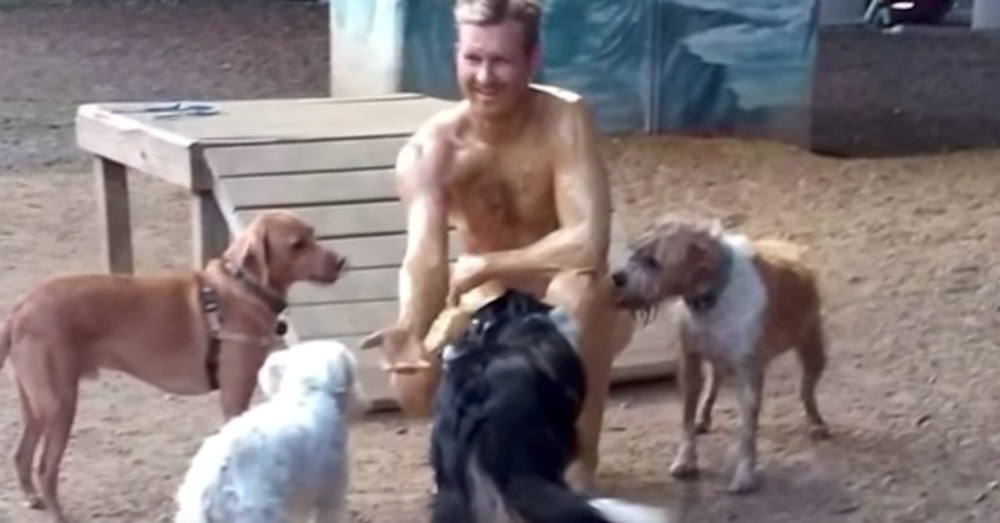 Source: YouTube/WFAA
A few park visitors were grossed out. Not the dogs, though.

“It went pretty viral,” Shrout said. “More viral than I thought it would go. I think my favorite comment was, ‘Lost bet equals, “This is my kinky fetish,”‘ and I said, ‘Absolutely not.’ That made me laugh really hard.” 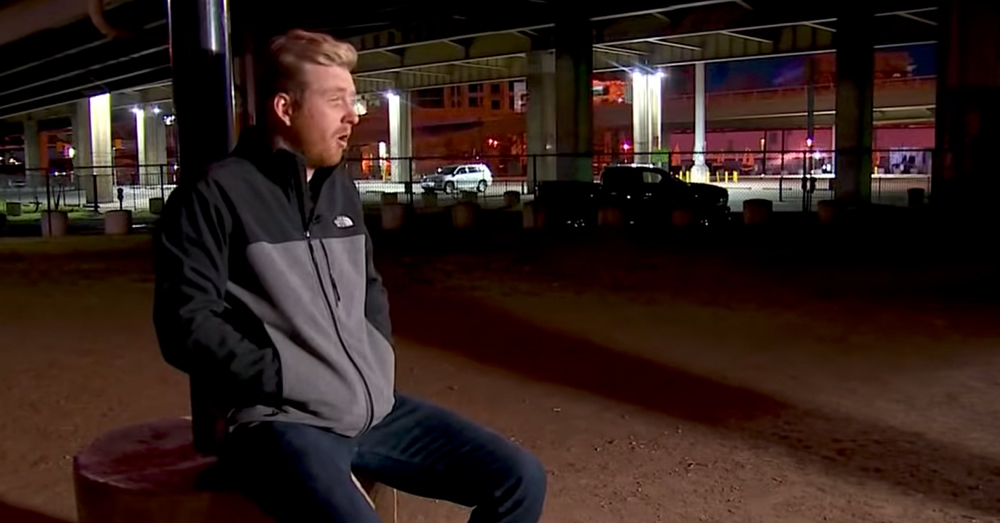 Now no longer a fantasy football rookie, Shrout reckons he’ll try again next year. If anyone is interested, he’s looking for a new league.