The images in this story show deceased animals, which may be upsetting to some.

Margaret Peacock is a border collie breeder, a winner at Crufts (the world’s largest dog show), and spent 14 years in the Royal Army Veterinary Corps. But after killing eight newborn puppies by putting them into a freezer and beating a ninth to death, many are hoping she never comes near an animal again.

The 64-year-old Peacock admitted her crimes before Magistrate Dr Susan Dadlani of the Basingstoke Court on Thursday, March 2, detailing the reasoning behind killing the newborn border collie puppies. The breeding had been accidental, between one of her blue merle dogs and its sibling, and Peacock felt no desire to care for the genetic complications that such a pairing might cause. After two veterinarians refused to euthanize them immediately, she put all but one of the puppies in the freezer.

Later, she bagged the puppies from the freezer and dumped them at a third veterinarian’s practice. That specialist was obligated to take the puppies, and even had to euthanize one who had survived the ordeal but was near death – but not without reporting the case to police.

Get Hampshire reports that, at Peacock’s Cove Road home in Farnborough, England, RSPCA inspectors were able to find the ninth puppy lying in a kennel, dead from being beaten over the head with a nearby can opener. 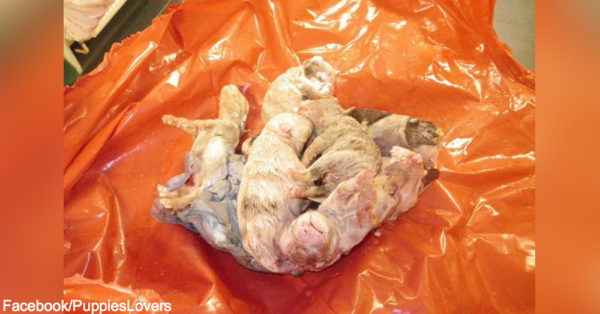 The animals as Margaret Peacock had brought them in to a vet.

During Peacock’s trial, prosecutor Andrew Austin explained that none of the animals were found to have severe genetic defects, despite being bred from a pair of siblings.

“The defendant contacted her vet to request that the puppies be put down. She confirmed to the vet that none of the puppies had any obvious defects,” Austin said. “When an appointment could only be offered the following day, the defendant told her ‘I will kill them myself.'” 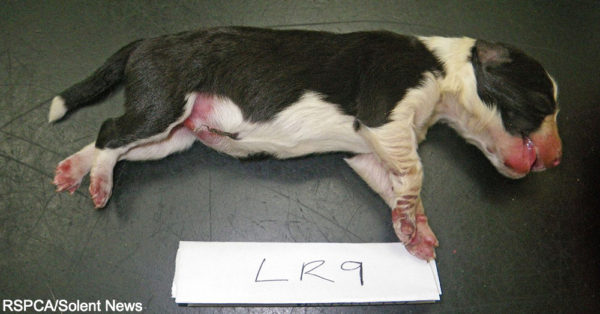 One of the deceased puppies entered as evidence in Peacock’s trial.

Austin then described Peacock’s third call to a veterinarian that day, which indicated a message even more sinister.

“The defendant told the vet ‘by the way, they have been in the freezer ten minutes now and they are not dead yet,'” Austin said. “She blamed the vets for giving the puppies the worst death they could be given, but the fact remains it was the defendant’s choice.”

Peacock was sentenced to 12 weeks in jail, and a 12-month license suspension, but she is still being allowed to breed and keep animals on her property. 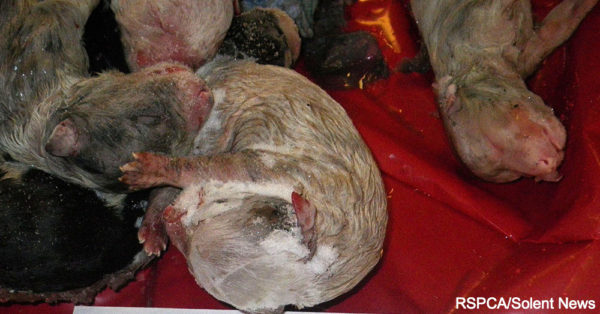 Margaret Peacock admitted guilt to three counts of being a responsible person failing to prevent the causing of unnecessary suffering to an animal for killing the animals.

According to Metro, in Peacock’s defense, counselor Fiona Taylor explained that her client felt “distressed” because of the puppies, and felt she had to kill them in order to prevent any emotional bonding with the mother.

“My client accepts that her actions were not the right actions that day and she is sorry,” Taylor said.

Among the cry for much worse from those deriding Peacock on social media, a petition initiated by Change.org has asked The Kennel Club to ban Peacock from owning or breeding pets for life. 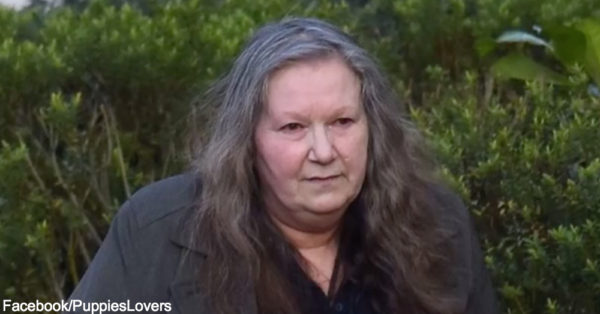 The Animal Rescue Site would also like to draw attention to her case, not as a matter of sensationalizing it, but to raise awareness of the horrific practice of convenience euthanasia that is still perpetuated by modern society. There is never a reason to kill a healthy pet when it can be rehomed to a loving family just as easily. Instead of going to a breeder or pet store, consider adopting from a shelter, and spread the word – there are so many wonderful animals waiting for homes!

For those who aren’t yet ready for a furry new family member, GreaterGood has a way to help dogs in shelters across the U.S.—care packages! Providing food, vaccinations, bedding, and enrichment for dogs is a costly endeavor for animal shelters across the country. Due to the high cost of these basic necessities, shelters often have to limit the number of dogs that they can save and provide homes for. A warm bed and a full belly can go a long way for the well-being of shelter dogs and puppies.

You can provide healthy meals, warm beds, and the proper vaccines to dogs with a care package. Just click here to learn how you can make a difference!