Covid has disrupted life across the U.S., but the devastation has been especially stark for Hawaii’s shelter animals. In pre-pandemic days, many dogs and cats were adopted by visiting travelers; others transferred to mainland shelters via a steady drumbeat of commercial flights. But when Covid grounded all flights in March, it didn’t just disrupt Hawaii’s tourist economy. It closed a door for shelter pets who’ve always counted on Hawaii’s 10 million annual visitors to help them find new homes.

This brewing crisis led GreaterGood and Wings of Rescue, who regularly team up to fly shelter pets out of disaster zones, to partner with Hawaii’s emergency agencies and local shelters to evacuate 600 stranded animals from island shelters on a chartered C-130 cargo plane. This emergency rescue flight, Paws Across the Pacific, will touch down in Seattle, where the animals will be distributed to shelters across the Pacific Northwest and B.C., where demand for adoption is high. 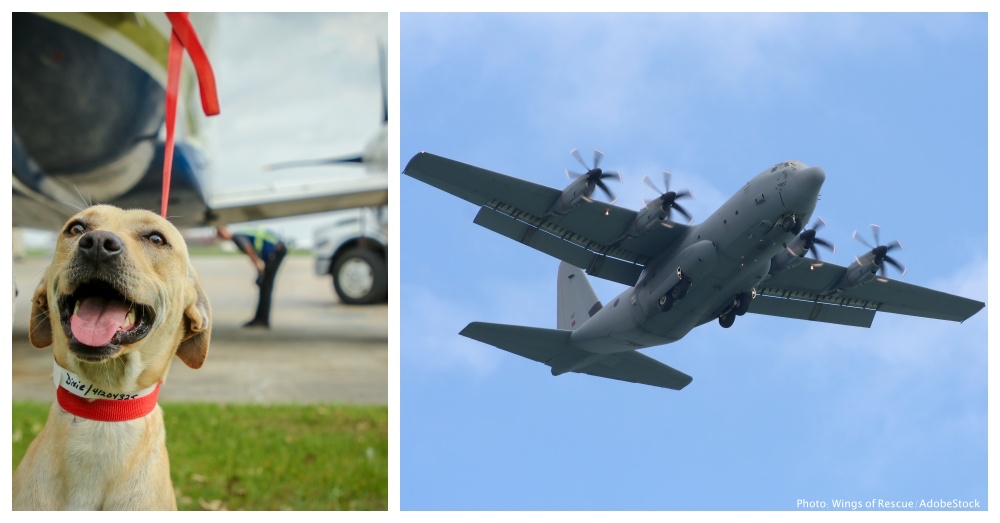 “It’s an incredible amount of logistics because the normal transport of animals for these guys on a flight is maybe 1 to 20 animals, and you’re talking over 600 animals,” said Denise Bash, Director of Disaster Response for Greater Good Charities, describing this massive relief operation as the “the largest single plane load of animals for adoptive purposes to ever move.”

Of course, moving pets on such a scale also requires historic levels of collaboration, and Paws Across the Pacific wouldn’t be possible without tireless efforts of many players — from the local and federal agencies to shelters spanning Hawaii to the mainland U.S. and Canada. In addition to helping animals stranded by this current crisis, Paws Across the Pacific will also be used as a blueprint that can be deployed during future emergencies, which are always looming in an island state. 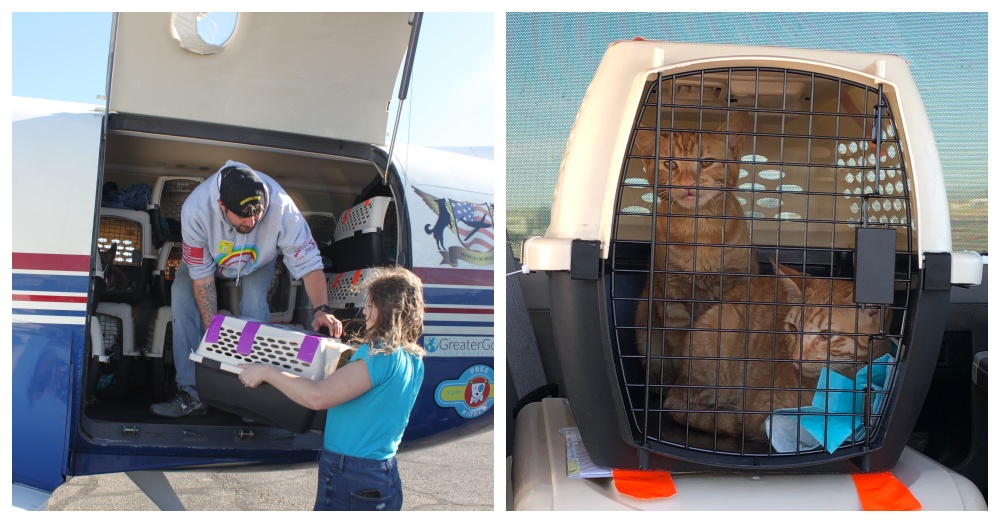 “It’s also important because that gives us an opportunity to not just respond to a disaster but prepare for disaster,” said Bash. “[This flight] helps us understand what we would do if there was some type of catastrophic event where we couldn’t get pets on a plane with people, but in fact had to put a huge load of animals on a plane so that they could meet their pet parents on the other side.”

Regardless, the rescue flight’s timing couldn’t be more perfect, said Hawaii Veterinary Medical Association president and veterinarian Aliesha Swartz, DVM, who will be flying with the shelter pets to Seattle on Oct. 29. That’s because Hawaiian shelters — even before the pandemic struck — are always overflowing with animals in the fall, which marks the end of Hawaii’s long kitten season. “Kitten season is kind of a bigger deal in Hawaii because of the climate,” said Swartz, noting how long daylight hours and a lack of natural predators create the ideal conditions for breeding. 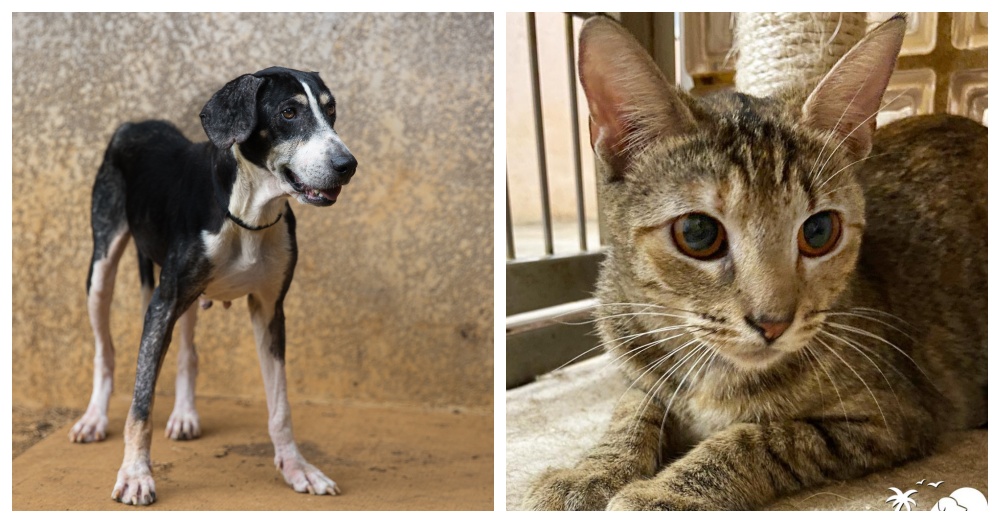 But this year, the annual crescendo of kitten season — which Swartz described as a cresting “tsunami” that’s been building all summer — collided with a pandemic, hurricane season, and a dramatic decline in tourism, creating an unprecedented crisis that’s especially acute on smaller islands. “There’s not many adoption opportunities there for them because the population is so tiny,” said Swartz, who also works with Lanai Cat Sanctuary, which will be sending 55 cat passengers on the Oct. 29 flight. “This is a really fantastic chance for these cats to get into a home and have a life on somebody’s lap,” she said.

As the lead veterinarian, Swartz will play a leading role in Paws Across the Pacific, first by helping shelters prepare their pets travel, supervise animals as they’re loaded onto the plane in Hilo, flying with them to their new lives in Seattle, and helping as needed as shelters pets are off-loaded from the plane and greeted by representatives from their receiving shelters. 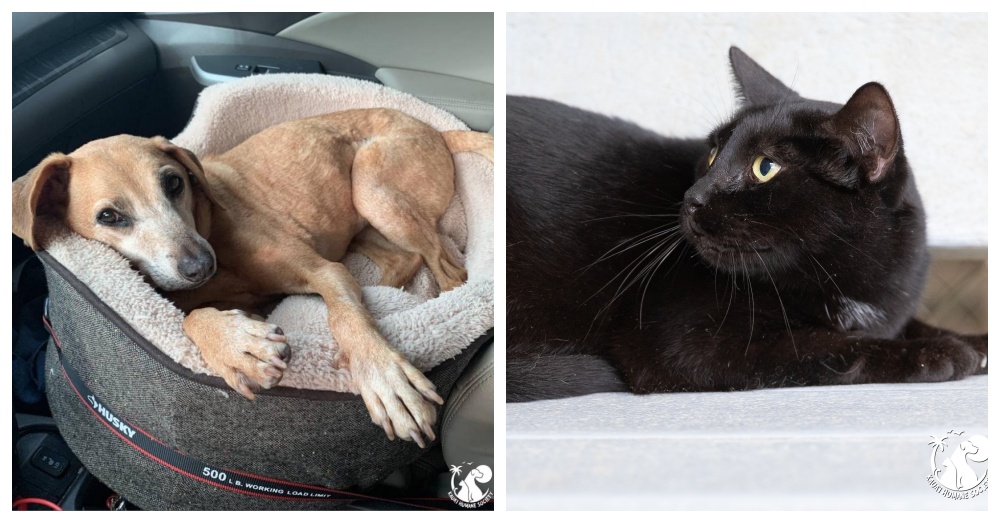 Reita and Lady Bug are flying to Seattle with us on Oct. 29. Photo: Kauai Humane Society

But even animals who aren’t technically flying on Oct. 29 will benefit from Paws Across the Pacific, which is relieving crowded island shelters at a critical time. “By reducing the shelters’ population, that increases their capacity,” Swartz said, noting how flying adoptable pets to Seattle will let shelters focus their resources on sick, injured and other stray animals who really need their help, which is crucial during this busy season. “So, this time where it’s really really busy and the shelters are at maximum capacity and their capacity to help in the community is diminished,” she said. “It’s really critical timing.”

You can help us save lives by purchasing air miles for a needy pet flying with Paws Across the Pacific on Oct. 29! 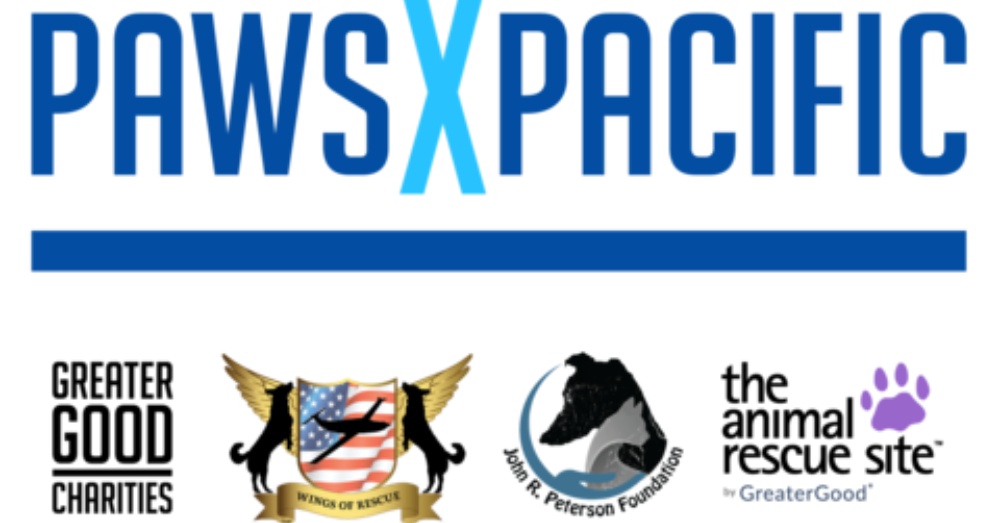 Vet Comforts Dog That Got Burned In A House Fire By Sleeping In The Kennel: Click “Next” below! 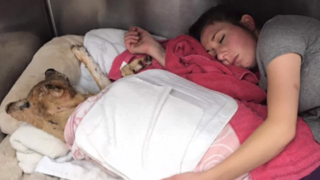 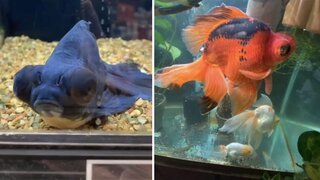