Not all heroes wear capes. And if you go to St. Petersburg Florida, there you’ll be guaranteed to find a superwoman who is making a huge difference in the lives of the oldest, sickest, and all around least likely to be adopted stray dogs. All of these dogs in need are the projects of the Pawlicious Poochie Pet Rescue.

Jamie Bunny McKnight is the woman behind PPPR and began the organisation in hopes of saving all the dogs who came from really neglected or abusive backgrounds, who would otherwise not be given a second thought by society. To date, she has managed to rescue thousands of dogs all on her own as her rescue receives no major grants or funding. Instead, PPPR relies on donations and Jamie’s two full-time jobs. 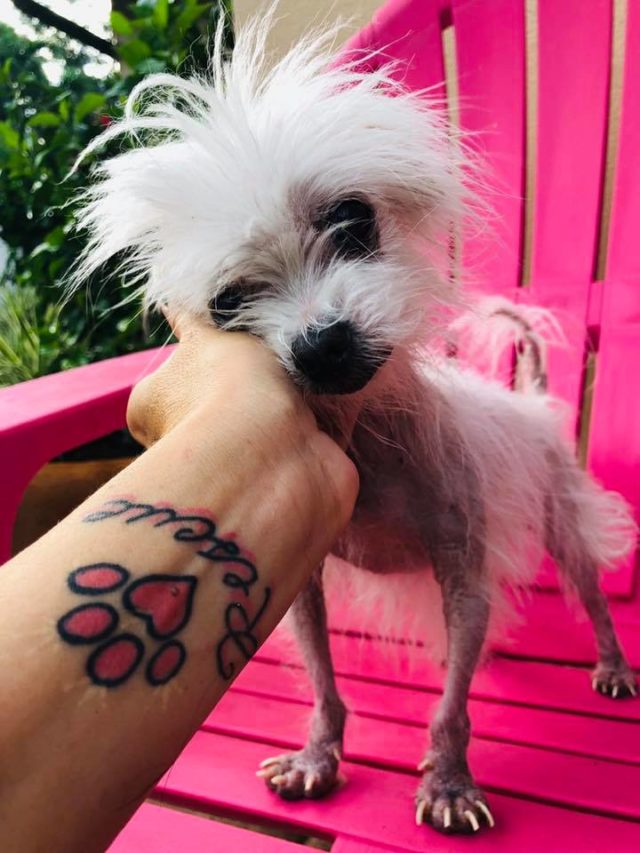 PPPR represents itself with pink everything – Jamie even has a pink tattoo on her wrist in honor of the work she does. She’s even been known to dress her rescues up in pink, glittery sparkles in order to get them in the spirit.

“I chose pink and sparkles because so many rescues are dark and sad. Everyone knows rescue is sad but I wanted to make it happy and bright and over the top so more would want to get involved,” Jamie explained. 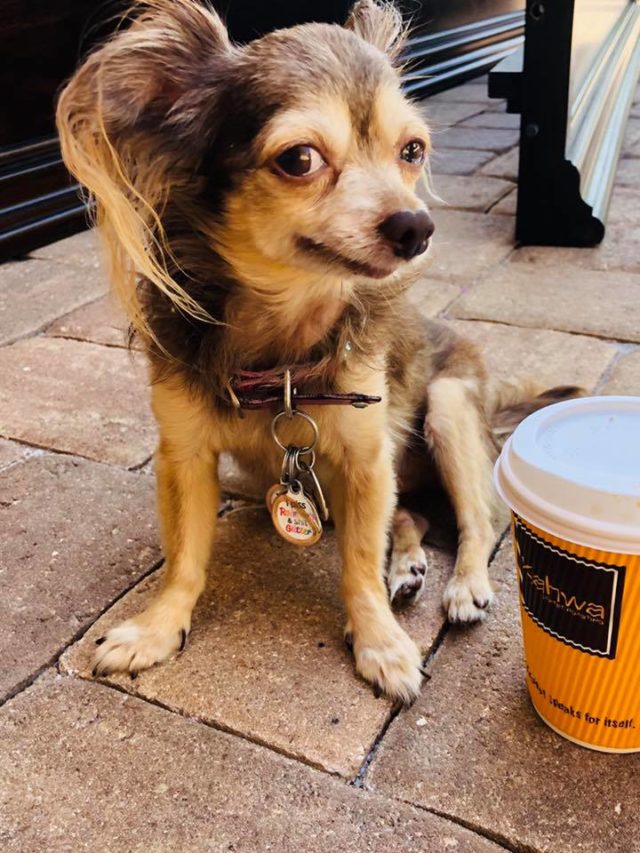 In fact, Jamie even has a few sparkling personalities in her rescue such as the feisty little Bunny La La, who is also called Lols. Lols suffers from chronic respiratory problems – and for a while, no one was sure how she would fair. But Lols proved to be a very plucky little dog, and survived. Now, she is living her best life, letting Jamie know when it’s time to spoil her with either a ham and cheese croissant or a scone from her favorite local coffee shop – talk about lap of luxury! 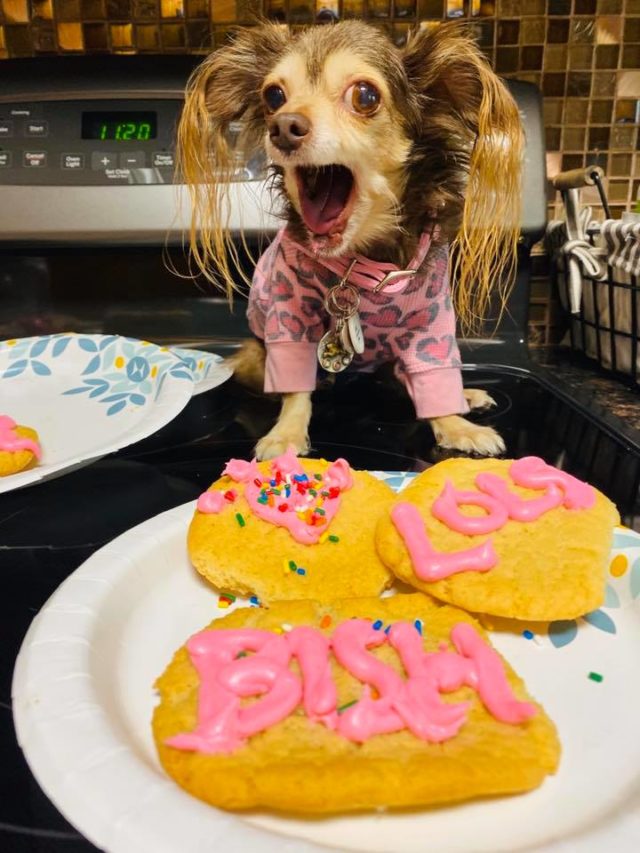 PPPR is constantly being called to help save dogs in need – they come from anywhere, such as kill-shelters, local drop-offs, or strays. Incredibly, Jamie takes them all in and cares for them right in her own home. She refers to all the rescues as her “kiddos” and does the best she can to make sure they are all spoiled rotten. PPPR never uses foster homes, since many or all of the dogs rescued require a high amount of constant care.

Besides, the emotional toll that comes from caring for these dogs can be really taxing for anyone that loves animals – many of these dogs rescued by PPPR have seen and experienced unimaginable horrors. However, thanks to Jamie’s hard work, plus public support, these dogs can have well-deserved happily-ever-afters. 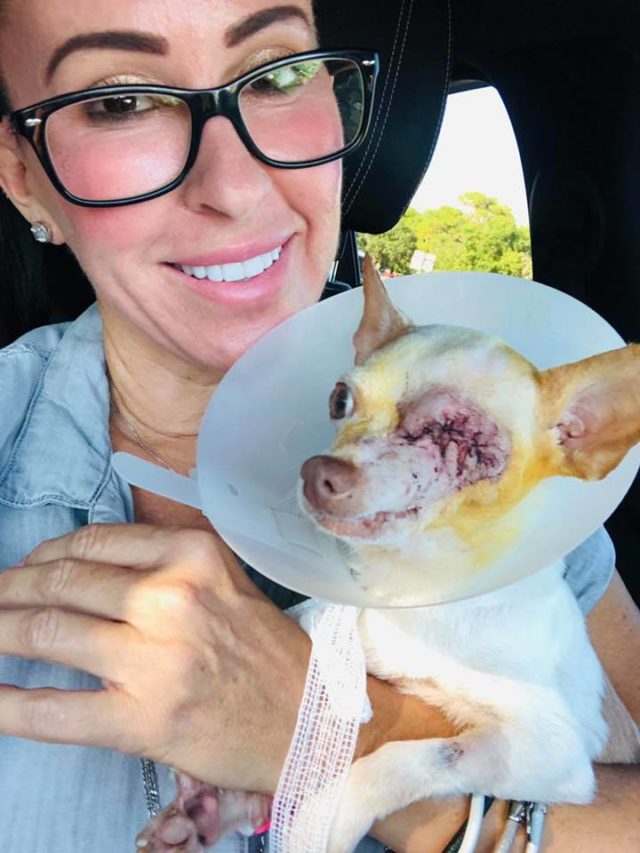 Jamie’s home is always full of rescues who have had very rough lives. But thanks to Jamie’s generosity, they finally get to experience love and kindness – sometimes for the first time. All the dogs in her care are always being showered with love and affection, as well as plenty of cuddles.

Some of the dogs that come to PPPR are hospice cases. Even though these dogs may not have long left, at least they have a wonderful place to live out their days. 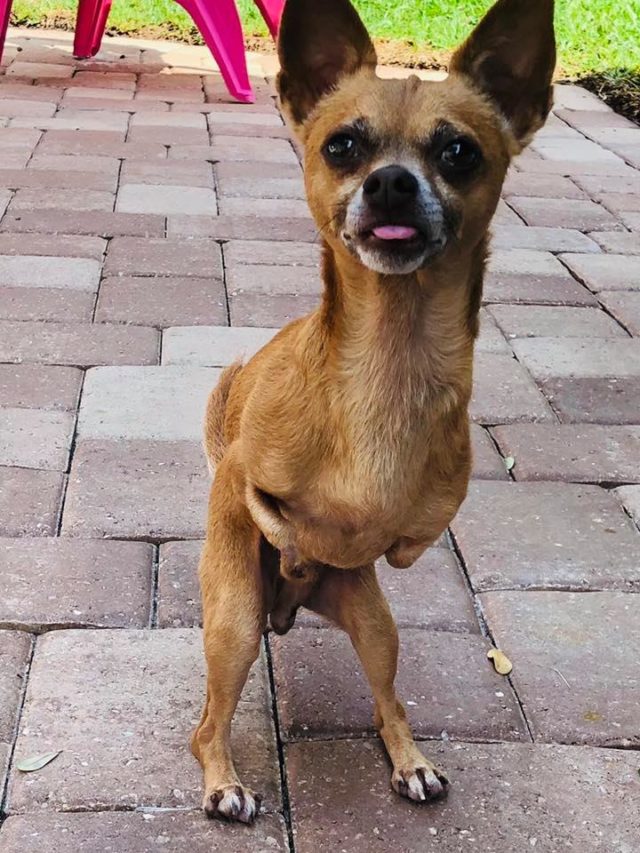 But not every dog that comes through her home is a hospice case. There are plenty that are adopted out to their forever homes. And naturally, there are a few of Jamie’s own rescues who permanently live with her. On any given day, Jamie typically has about 5 or six dogs waiting to be adopted. In the meantime, they’re treated like members of the family and enjoy plenty of walks and cuddles.

And Jamie has no limit on how much care she will give. Jamie has partnered with Partridge Animal Hospital in order to provide her rescues with care. Of course, caring for these precious dogs doesn’t come cheap – on average, PPPR spends $1,000-$6,000 per dog! However, occasionally there will be certain cases such as the adorable little Cadmar, who required $12,000 worth of life-saving medical treatment. 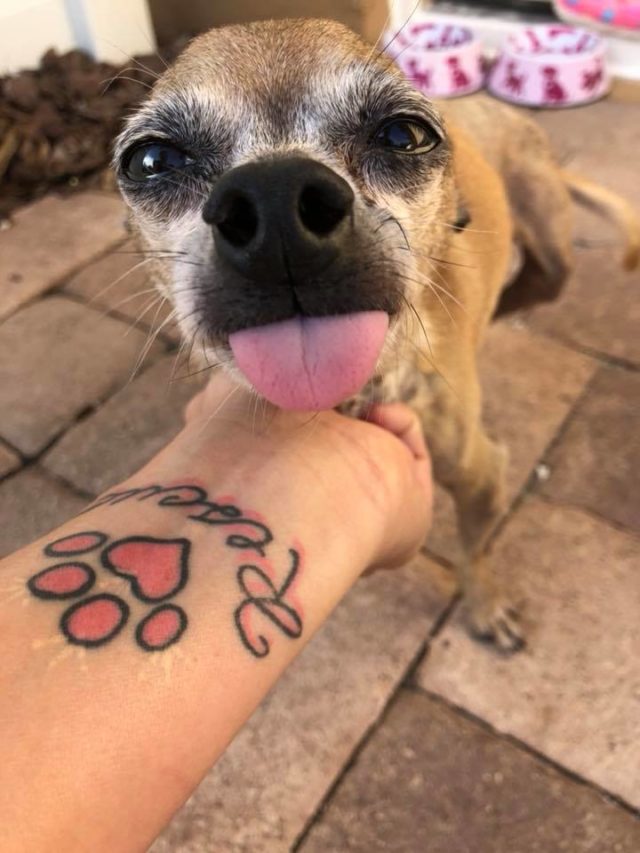 Cadmar came from a kill shelter up in Miami. He’d be hit by a car, and his injuries left him without the ability to urinate or poop. As a result, he required multiple life-saving surgeries. Over several weeks in the hospital, Cadmar had survived everything from dental surgery to neutering – amongst other procedures. After everything he went through, Cadmar is happy and healthy, which is the important part. And Jamie says he was all worth it to see him doing so well.

Both Jamie and Dr. Harvey even went to great lengths to get care for a Frenchie named Jackson, by flying him out on Dr. Partridge’s private plane in order to get him to see some specialists in order to save his life. 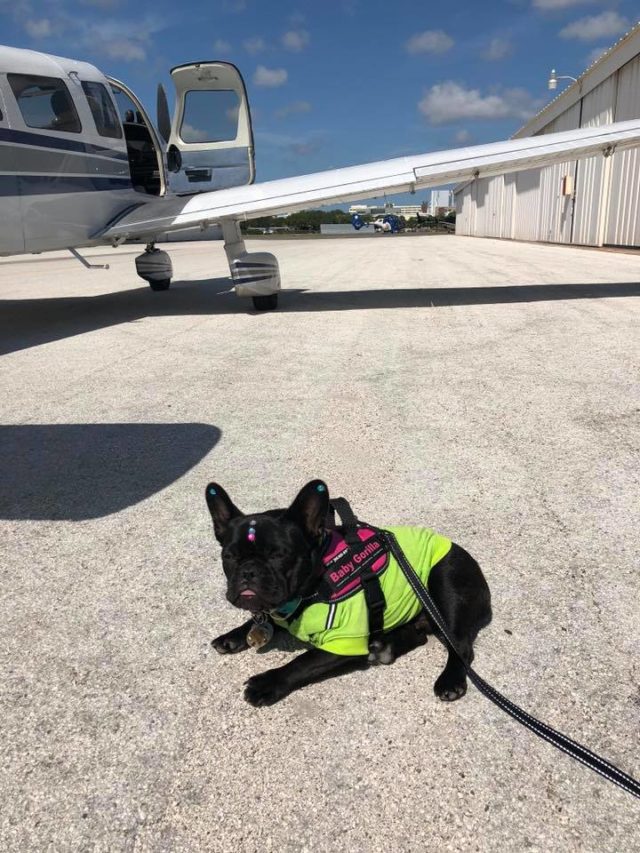 However, in a very tragic twist of fate, Dr. Partridge and his wife were traveling in the personal plane when there was a malfunction and it caused a crash. Sadly, the couple lost their lives. It was a devastating blow as Dr. Partridge had been a huge help to PPPR. 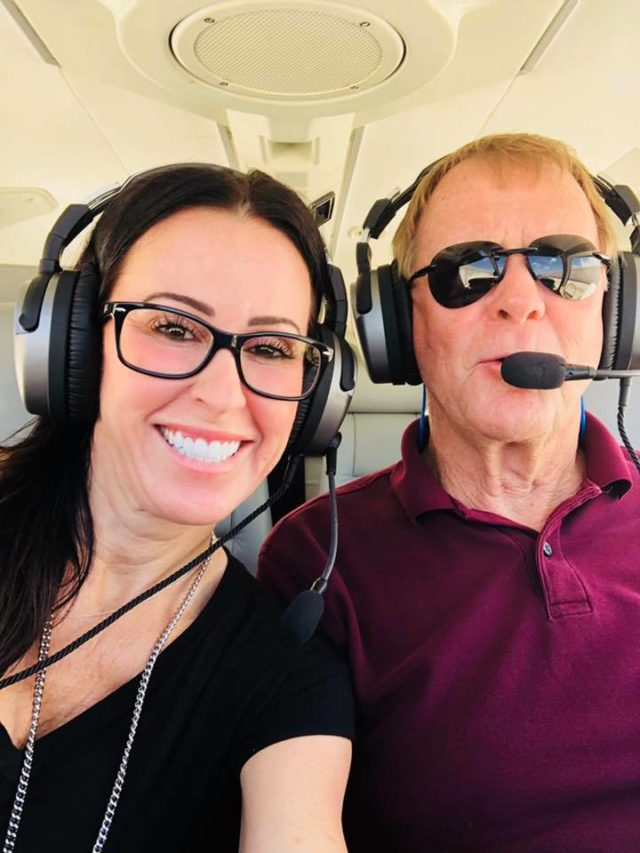 PPPR has so many sad stories that might make some people ask, “Why bother.” Even Dr. Partridge once asked her, “Do you just go to the shelter and ask for the most pathetic and hopeless dog they have?” 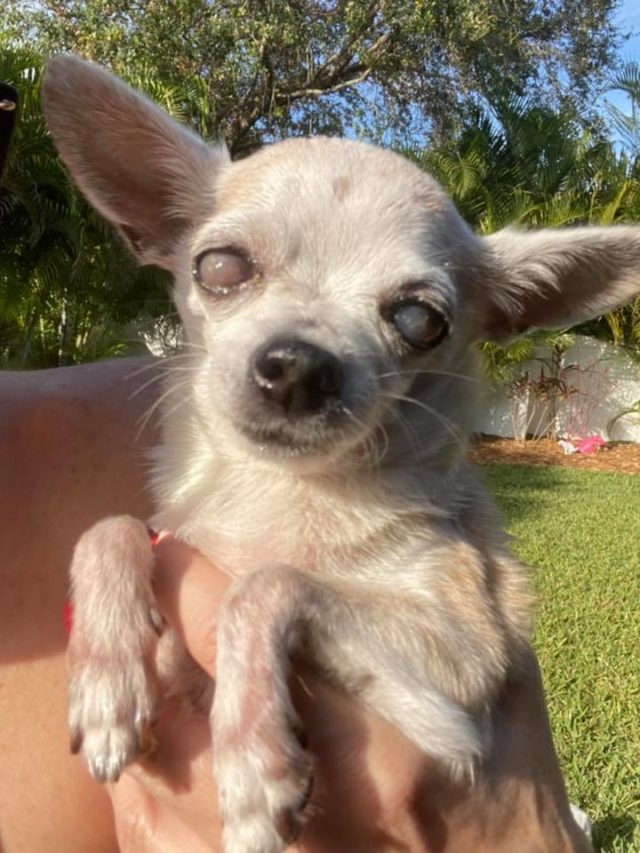 While Jamie has heard all the negative criticism before, she has only one answer, “I fight for the underdog. I save the ones no one else will. I save the ones that other rescues won’t save because it’s too expensive. Just like the day I first came on the rescue scene, many laughed at my name Pawlicious Poochie Pet Rescue. I said then, ‘I am going to make a difference and PPPR will be a force in rescue.’”

And that is what makes Jamie a true hero.