Stop by the Pet Alliance of Greater Orlando and you’ll surely find out. The shelter has been “sorting” its dogs into Hogwarts-themed houses.

Based on their personalities, the dogs have taken up the crests of Gryffindogs, Ravenpaw, Hufflefluff, or Slobberin. The Pet Alliance has linked its animals to these magical alma maters in hopes that potential pet parents will understand the qualities each dog lives up to and not make assumptions based on breed.

“We want people to look at the dog for their behavior and personality and what their talents are,” Pet Alliance of Greater Orlando executive director Stephen Bardy told ABC News. “We really wanted people to take a look at dogs for the dogs.” 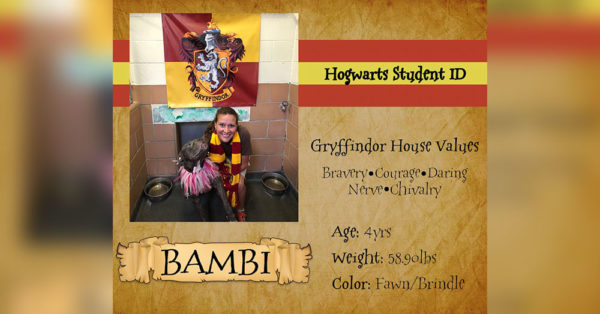 Shelter staff have been observing the dogs at play, assigning them to each house for their courage, dedication, intelligence, cunning, and other traits. This campaign highlights the positive characteristics of each animal rather than inviting breed discrimination, Bardy says. Those looking to adopt an animal are able to much easier match their home environment to a dog who would best thrive there.

“We want people to understand what they want in a dog and what will work in their lifestyle rather than going into a shelter and saying, ‘I want a black Lab,'” Bardy says. “We want people to start talking about their own lifestyles and personalities and allow us to match a dog to them not based on looks or breed.” 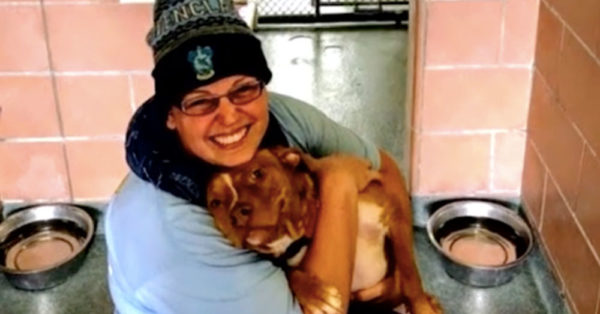 Visitors to the Pet Alliance of Greater Orlando begin with a quiz to narrow down their ideal pet. On the back end, the rescued dogs that arrive at the shelter spend a short time at “Pawgwarts,” an intermediary space in the facility, before they are sorted into a house. That magical honor isn’t bestowed on just every hairy pupper, though. Dogs must be at least 6 months old to be sorted.

A few dozen dogs have already been adopted through the program, both at the shelter and online, while a video of these magical mutts is making the rounds on social media. 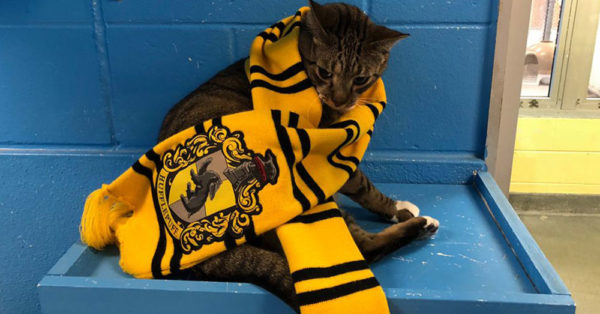 Source: Facebook/Pet Alliance of Greater Orlando
Even cats are supporting their magical housemates at the shelter.

The more attention the shelter can attract, the better, Bardy says.

“We don’t want to build a bigger shelter. We want to figure out a way to end pet homelessness,” he says. “It comes down to understanding dogs’ behavior and personalities and being a responsible pet owner.”

Watch more tail wagging and wizardry in the video below!

This Puppy Only Responds To Harry Potter Spells & It’s Even Cuter Than You’d Think: Click “Next” below!